It is widely known that the European Insurance and Occupational Pensions Authority (EIOPA) is studying the possibility of a new EU legal framework for a pan-European occupational defined contribution (DC) pension regime.

It has also conducted a survey for stakeholders1 to assess market appetite towards such an idea. The survey closed during April 2017. A discussion paper will be published later this year, with some proposals for further feedback from all stakeholders.

Is it necessary to have a new framework for pan-European DC pensions in Europe? As the lead of a sub-group within the EIOPA occupational pensions stakeholder group (OPSG), and after writing a PhD on this issue, I agree with this initiative.

According to the existing EU pension fund directives (IORP I and future IORP II), a sponsor company willing to create cross-border pensions is obliged to set up pension plans in every member state in which it has employees. National social and labour law is applicable to these schemes, and the same obligation applies to taxation.

This scenario is inconvenient for employers and employees. Management costs are too high; compliance with different jurisdictions implies bureaucratic commitments and legal uncertainty; transferring employees between countries requires leaving the pension scheme of the first country and enrolling the employee into the scheme of the second country. 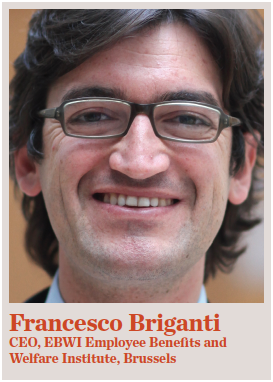 The first sector-wide pan-European pension fund – Resaver2 , promoted by the European Commission’s DG Research for researchers – is encountering such challenges and limitations. Researchers are mobile employees and their occupational pensions need to be safeguarded because the costs of fragmentation are not only borne by sponsors, but (and especially) by the workers, who will receive a lower pension.

We know that the new framework to be promoted by EIOPA will work on a DC basis, although it might have some variables. Like the pan-European personal pension product (PEPP), it would be an optional legal framework and so usable at the discretion of employers, pension providers and members who would otherwise maintain their national workplace pension’s frameworks (a twenty-ninth, or second, EU regime according to the terminology). Therefore, the new pan-European occupational DC pension would stand alongside the national legal frameworks on workplace pensions, without affecting their rules, and without entailing any costs of adaptation. As an example, an employer might offer the pan-European pension to a specific category of its employees (mobile ones), while continuing to offer the national workplace pension to others.

“In principle, pan-European pension schemes ought to be consistent with EU treaties. National social and labour legislation has frequently been overridden by EU law and even more by the European Court of Justice when it has represented an unjustifiable limitation to the EU fundamental freedoms”

Rather than a new ‘super IORP’ – IORPs are already entitled to manage pension schemes located in other countries – I believe that true pan-European workplace pensions allowing smooth, cost-effective and efficient management, should start by creating workplace plans with their own rules, no longer subject to specific national social, labour or tax legislation. In the EIOPA survey, I support the idea of a pan-European regime where workers can be covered all the time by the same workplace pension without any worries about portability.

In principle, pan-European pension schemes ought to be consistent with EU treaties. National social and labour legislation has frequently been overridden by EU law and even more by the European Court of Justice when it has represented an unjustifiable limitation to the EU fundamental freedoms.

One example is Directive 2014/50/EU on the portability of supplementary pension rights, which provides requirements on vesting periods and a maximum age for acquisition of pension rights, as well as for reimbursement of contributions to outgoing workers who have not yet acquired rights. The EU legislation restricts national social and labour rules to promote labour mobility, a fundamental freedom.

Of course, some adaptations to national systems would be necessary for a pan-European DC regime. For example, it would be senseless to impose identical contribution levels across the EU. After all, wages differ widely between member states, as does the level of social security pension contributions. Such differences would not undermine the pension scheme, considering that it would work on a DC basis.

A more complex issue will be the taxation of the new system. However, similarly to the way contributions might differ between countries, differing tax levels would not represent an obstacle to the good functioning of the pension plan (the issue of ‘how much’). The real challenge here affects ‘when’ taxation is required, and therefore the taxation formula.

Many EU member states exempt contributions paid into pension plans and returns on the investments, but they tax pension benefits (exempt; exempt; taxed: EET). Other countries have other formulae – ETT or TEE.

However, a pan-European workplace pension might not work smoothly if tax payments were required at different points by the national jurisdiction where it operates (ETT, ETT and TEE). Therefore, in reply to the EIOPA public survey, I will certainly suggest a common taxation formula (whether TEE or EET).

In conclusion, I support this idea insofar as it will really bring added value to sponsor employers, and European workers. Interested stakeholders should have engaged with the EIOPA survey, and should dare to say what they really wish for, despite their fear that such an ambitious project would be politically unrealistic. Things are changing in Europe. Recently, during the 60th anniversary of the Treaties of Rome, the 27 EU member states declared that Europe needs a new decisive push to move ahead. More importantly, it was stated that, from now on, the so called multi-speed Europe – groups of countries forging ahead with particular initiatives – will become an ordinary rule of the law-making process to escape the current political deadlock. In such a case, even the requirement of the unanimity will not represent anymore an impassable wall.