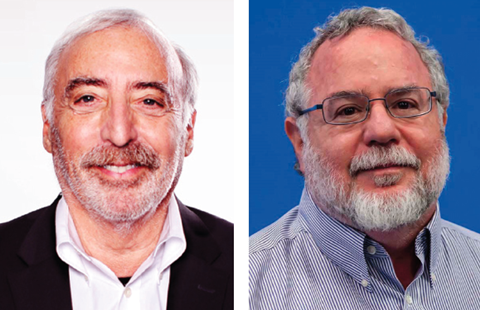 It is fitting that we launched our ‘Purpose of Asset Management’ paper in London, not far from 221b Baker Street, the home of the famous fictional detective, Sherlock Holmes.

Holmes’ great innovation was deductive logic. When the author Arthur Conan Doyle wrote, inductive reasoning was in vogue. Facts were often subservient to theory. They were accepted or discarded, depending on how they fitted pre-determined theses. Similarly, when we looked at how institutional investors dealt with systemic risk, we realised that facts had been discarded, because they did not fit into Modern Portfolio Theory (MPT).

MPT says that while investors can diversify idiosyncratic risk, they are at the market’s whim with systemic risk. In other words, MPT postulates that investments are buffeted by beta (the market’s risk and return) but how investors invest does not affect beta. However, we know from research studies that the impact of exposure to those systemic risks – market beta – is more powerful in determining investment returns than any manager’s ability to extract differentiated returns owing to their skill (managerial alpha). That creates the MPT paradox. If it is accepted that MPT cannot affect beta, then an investor is in a bind: what we can affect matters much less than what MPT tells us we cannot.

Indeed, most investors believe their capacity to optimise risk-adjusted returns.

First, active management, wherein analysis and securities trading attempts to create alpha. But alpha is zero-sum, and consistent alpha is hard to find.

Second, they can accept the market beta and index through low-cost tracker funds, trying to maximise returns by minimising costs.

Third, they can pick and choose the risk factors that add up to the market beta, accepting some and rejecting others, through ‘smart’ beta investing. All those accept beta as external to an investor’s portfolio.

But that is because they follow inductive reasoning, starting from accepting MPT’s paradox. Deductive reasoning leads to different conclusion. When facts are examined, investors’ actions show a different approach. In addition to those three strategies, investors try to directly affect the systemic risks that create beta.

Consider just a small sample of the evidence:

• Climate change. Bank of England Governor Mark Carney warned that climate change is a systemic risk to markets. Investors have not taken that warning lightly. The investment community was a key supporter of the Paris climate accords.

These investors have not accepted that they need to accept systemic risk. As their actions show, systemic risk can be mitigated.

So why has the conceptual implications of this type of beta activism not been recognised more widely? We believe there are four reasons.

First, the generators of systemic risk to capital markets are often of broad interest to society and the real economy, and newsworthy. As a result, the efforts of these investors tend to be viewed through the societal lens, rather than the systemic-risk-mitigation lens. They do overlap but, for this discussion, the key is that the broader lens makes them into a series of ‘one-offs’ rather than different attempts to deal with systemic risk.

Second, MPT assumes that the process of investing involves security selection and portfolio management. But many systemic risk mitigation efforts expand beyond trading or holding (or not holding) securities. They include everything from lobbying, to coalition-building, product development, stewardship engagement and proxy voting. Beta activism often involves activities away from the trading desk. That is often not viewed as ‘real investing’ by traditional definitions, yet it can have more impact on returns than security selection.

Third, theories, once accepted, are hard to dispel. That is why Holmes needed to educate his fictional Scotland Yard compatriots, and why some people still think considering questions such as country risk, climate change and gender diversity will have negative impacts on returns rather than positive ones.

Fourth, the impact of systems-level investing is hard to measure. If systemic risk is mitigated successfully, the entire market re-rates and returns go up. So how do you know that it was the efforts towards mitigating climate change or improving gender diversity that caused the re-rating? It is, in effect, a double-variable equation, in which one of the variables necessary to solve the equation is a counter-factual assumption. MPT investing avoids that issue by assuming beta is a given and relying on relative-return benchmarking, such as how did manager X fare relative to the FTSE 350? But relative return is a symptom of the MPT paradox: it measures that which matters less to an investor, but which is easier to measure.

That, of course, leads to the big question: Does systems-level investing work? In a word, yes.

While the impact of beta activism is difficult to measure, there are examples of quantifiable impact. Perhaps our favourite is what happened when the investment adviser for New York City’s five pension funds announced a beta-activist campaign to change market standards for how investors nominate directors for US public company boards. He announced an initial class of 75 companies to receive shareowner proposals asking for ‘proxy access,’ a plan that had been praised by investors but which was unable to be implemented because of a court ruling. Some Securities and Exchange Commission staff took note that the unexpected and broad announcement effectively constituted a natural experiment. What happened? “We ﬁnd that the Boardroom Accountability Project announcement led to a positive, statistically significant, 53-basis point abnormal return for the average targeted ﬁrm,” they wrote.

It is time to evolve MPT – and our conception of investing – to include systems-level investing and beta activism. Let us look at facts rather than be enslaved by theories, no matter how accepted. Investors try to change systemic risks and thereby affect beta. Sometimes they succeed. When they do, the whole market benefits.