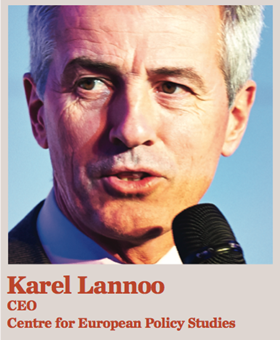 A capital market works as a conduit for the demand and supply of debt and equity securities. It is highly complex and it will take years before it can be put in place and becomes fully functioning. It requires the different layers of institutions to work efficiently. Formal rules are only a start; next come the institutions and enforcement, which is the more difficult task, and includes direct public enforcement and indirect enforcement through the reputational intermediaries.

Given the complexity of these challenges, a CMU programme will be very difficult to delineate. The first priority should be to complete the single market. Filling gaps in the regulatory framework could be a second priority. The focus of new regulation should be on broadening funding sources and facilitating capital market financing to ease access to finance for SMEs.

New rules have been adopted covering rating agencies, infrastructure and funds, and amendments have been made to the core MiFID provisions covering price transparency, intermediaries, data providers, but most of these measures are still in the course of implementation and it is too early to examine the effects. The most important issue at this stage is enforcement, which has been strengthened by the creation of the European Securities and Markets Authority (ESMA) in 2010, and its enhanced powers under additional regulatory measures. But can ESMA cope, and does the structure for co-operation work?

ESMA will continue to combine regulatory and supervisory tasks and no drastic change can be expected in the near future in its role. The main problem is that the functional separation of the European supervisory agencies (ESAs) in banking, insurance and securities markets supervisors may prevent closer and more efficient co-operation among conduct supervisors at EU level on capital markets issues. The structure at member-state level is even more complex.

The ESAs are structured to too great an extent as co-ordinating authorities, or executive agencies of the European Commission, without being given sufficient clout over the member states. This should be changed. As the regulatory tasks will hopefully soon be diminishing, the ESAs should launch some high-profile, co-ordinated cross-border actions on financial products or practices. But this is difficult to achieve, given the evidence of an unwillingness of member states to see more power transferred to the centre, and thus more union in this domain.

Within the on-going ESA Review, the European Commission unfortunately did not address these matters. This might mean that more and more tasks will be taken over by the larger and more efficient ECB in the longer run.

Since Europe remains highly fragmented, with many financial centres, big and small, structures need to be adapted to this diversity. Exchanges have continued to act as a local market to respond to funding needs, but many smaller market intermediaries and brokers have disappeared or been absorbed by larger banks. Several larger banks, on the other hand, have reduced their capital market activities. Hence ‘market-making’ is threatened on the supply side at both ends, which exacerbates the problem for smaller enterprises.

Now that most new rules are in place, an assessment should be undertaken of how different markets have been impacted. It is time to make a critical evaluation of the new regulatory framework and its impact on capital markets in particular. A common complaint is that many firms have become ‘too small to comply’. Rule-making has become so pervasive, and the litigation cases so costly, that markets have been gripped by a fear of compliance.

The Commission’s aim should also be to overcome fragmentation by EU-wide acceptable investment products. High-quality standardised ABS, ABCPs, or SME loan pools should stimulate market integration. But an EU-wide long-term retail investment product would be more successful. It would make an important contribution to market integration, and move savings into the economy. In a context of bank deleveraging and de-risking, forms of disintermediated finance are crucial.

Re-developing securitisation in the EU, as a way to package small or illiquid financial instruments into larger more tradable products could be a useful way to open up financial markets. With a tight regulatory framework for rating agents and a new set of capital rules for banks for securitised products, some progress has been made, but the diversity in the underlying company and insolvency law frameworks will continue to be a barrier that will require more time to overcome.

Further harmonisation of accounting standards should figure high on the agenda. Today, international financial reporting standards (IFRS) only apply to listed corporations at a consolidated level. The large majority of enterprises in the EU report in local GAAP (generally accepted accounting principles), which is a big impediment for investors as well as for firms to go to these markets.

More market-based finance is a key objective from a European perspective, but what can more union do to change the funding channels? The debt/equity ratio differs widely throughout the EU, as it is influenced by a raft of factors. Equity is related to corporate control, an area where sensitivities are entirely from the US and within Europe. Debt finance, on the other hand, is favoured by tax legislation where, again, changes or more harmonisation will be extremely difficult to pursue, even if the case for a more tax-neutral system is obvious.

Much work has been done to harmonise the framework for market-based finance in the EU. Notwithstanding new SME rules implemented as part of MiFID I and II, SMEs will continue to be discouraged from raising capital or debt directly as a result of the high cost, numerous obligations and the related fear of litigation.

Tackling the lack of integration between member states should be the key aim for more union in Europe’s capital markets, but this leads to different policy conclusions depending on the perspective. The European Commission, and the EU as a whole, will thus have a hard time agreeing on priorities.

Karel Lannoo is CEO of the Centre for European Policy Studies (CEPS). This article is based on the paper ‘Which Union for Europe’s Capital Markets?’, which can be downloaded from www.ceps.eu/book/which-union-europe’s-capital-markets