So far, the damaging pension side effects of ultra-low interest rates have not been taken seriously. The expansion of the Bank of England’s quantitative easing (QE) programme causes added problems for UK pensions.

In July, Hymans Robertson estimated that Britain’s DB deficits were £935bn (€1.1trn) as yields fell following the EU referendum – further QE will push this closer to £1trn. It is difficult to see how corporate UK can cope with a £1trn deficit repair bill without damaging business prospects.

Monetary policy side effects weaken employers with DB deficits. Many were already struggling to support their schemes and have contributed significant sums. Further demands for deficit reduction contributions will obviously mean fewer resources available to support their business – or to provide pensions for other workers.

Ultimately, this may undermine the aims of QE, as monetary policy that is meant to boost growth weakens parts of corporate UK, potentially even forcing firms into insolvency.

Trustees face unprecedented challenges. They are locked into a vicious spiral as deficits rise. If asking the employer to increase contributions or pledge assets to fill the shortfall is unaffordable, trustees need other ways to address deficits. 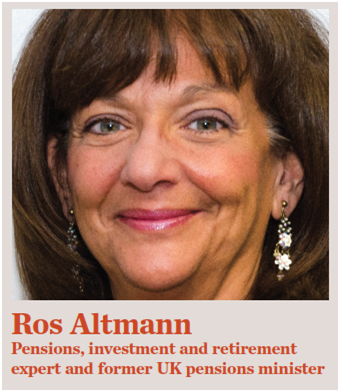 This includes achieving better investment returns, which will outperform the liabilities. An alternative might be to consider reducing benefits, but this is difficult under UK law, unless the employer is actually about to become insolvent.

In theory, therefore, schemes would need to take more investment risk, buying assets with high expected returns. However, in practice, trustees are normally advised to take less risk, not more, if a weaker employer covenant implies less ability to fund any underperformance.

Encouraging trustees to de-risk by buying assets that are expected to perform in line with liabilities, can reinforce the vicious circle. De-risking generally means investing in Gilts, other high-quality bonds, or hedging. But this can be counterproductive in the face of QE, as trustees will be increasing demand for Gilts and driving interest rates lower, thereby further worsening deficits further.

In any case, Gilt investments do not actually match pension liabilities. Although Gilts and other bonds may be a proxy for liabilities, they are not a proper match, due to duration and inflation mis-matching, credit risk in corporates and also longevity risk. Therefore, de-risking will not necessarily stop deficits worsening.

QE has distorted investment risk in ways that will not become clear for many years, but a stated aim of the policy is to force more investors to take increased risks. The Bank of England announced: “The expansion of the Bank of England’s asset-purchase programme for UK government bonds will impart monetary stimulus by lowering the yields on securities that are used to determine the cost of borrowing for households and businesses. It is also likely to trigger portfolio rebalancing into riskier assets by current holders of government bonds.” This fails to mention the side effects of the policy that deter pension investors from taking more risk.

As the costs of pension provision have mushroomed beyond expectations, many UK employers cannot cope with the costs. Indeed, this was implicitly admitted in the May 2016 emergency consultation, which suggested changing pension legislation to allow Tata and British Steel’s pension trustees to cut all members’ benefits without consent. I believe that trying to help just one favoured employer is not a reasonable way forward. This is a systemic issue and needs to be considered more broadly.

So far, very little has been done to relieve the stress on employers. This may be partly because the UK pension system is not flexible enough to help schemes cope with difficult circumstances.

Indeed, the British Steel consultation does acknowledge that the system already has carefully-designed flexibilities to help employers or pension schemes that run into trouble – and preserve jobs. Unfortunately, trustees and their advisers have been reluctant to use the leeway that already exists.

Especially in light of further QE, the government and the Pensions Regulator might need to give more guidance on the options available to help manage scheme liabilities in the best long-term interests of members and sponsors. Too much comment seems to focus on the apparent funding levels as measured today, rather than the most important issue of ensuring the sponsoring employer’s strength to back the scheme in future decades.

There are various paths trustees could consider. Liability-management exercises (such as encouraging members with small deferred entitlements to transfer out into defined contribution schemes), longer recovery plans and member consent to benefit changes are possible methods of managing liabilities affordably. Regulated Apportionment Arrangements or Flexible Apportionment Arrangements can also be negotiated to preserve jobs.

Further legislative changes might also be considered, such as a statutory over-ride to allow all schemes to change the inflation uprating measure from RPI to CPI. This could provide much-needed relief for many schemes and standardise inflation protection. Encouraging streamlining of DB benefits across industries or scheme pooling, and even reconsidering the annuity buyout requirement in the current interest-rate environment are other options.

Pension schemes also need extra returns. Investing in infrastructure and social housing projects could provide upside to reduce deficits, while directly boosting the economy. Indeed, this could be more effective than QE itself. Using the billions of pounds in long-term investment funds desperately seeking attractive investments to boost growth must make sense. Just investing in Gilts and low-risk assets seems doomed to failure.

In conclusion, one has to wonder whether the Bank of England’s interest-rate policies are just running out of road. Using pension assets to directly boost housing and infrastructure activities could be an important next step to consider in this unconventional policy world. It is time the authorities addressed the serious side effects of monetary policy on UK pensions with a real sense of urgency and creative thinking.