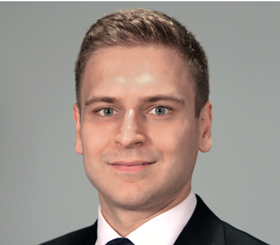 Equity listed on public markets provides the bedrock for the valuation of many other growth assets, similar to the function sovereign debt plays for corporate bonds. Public equity, held directly or indirectly, is also typically a core investment allocation for retail investors, pensions funds and other institutional investors. Consequently, there is extensive focus, analysis and regulation of the public equity markets. For several years, researchers, regulators, and market participants have been concerned that firms are increasingly avoiding the public markets.

The statistics on public market participation by corporations over the past two decades make grim reading. The headline number of firms on listed US equity markets is significantly lower than in the past. The US had 14% fewer exchange-listed firms in 2012 than in 1975. Compared with the peak year of listed firms – 1996 – the number of listed firms dropped by half by 2012.

Public markets and public corporations are intrinsically linked, so it should not be surprising that changes in the nature of public markets are causing changes in corporations, and vice versa. In particular, the pressures on public corporations have grown – for example, increasing corporate disclosure requirements, listing standards and governance practices. The difference today is that the market power of entrepreneurs in accessing capital for their businesses has increased to an extent that avoiding public markets entirely has become feasible. A combination of newly-deregulated, and unregulated, private-capital pools give entrepreneurs more choices. In addition, new business models most often found in highly developed markets have characteristically high intangible asset investment. This has important implications for public markets because companies based on intangible asset development:

• Tend to scale rapidly and with relatively little capital;

• Prefer to deal with fewer but larger investors to retain ownership and control over easily copied intangible assets for as long as possible;

• Have been enabled in doing so by changes in private markets regulation and the search for yield.

Private markets have grown rapidly over the past 20 years, with private equity funds (buyout and venture capital) commanding the bulk of assets under management, with real estate and private debt funds vying for second place. Notably, all asset classes have experienced barely interrupted growth since 2000.

Private markets typically have higher expected returns because of the illiquidity premium involved in owning these securities. In addition, there are structural advantages institutional investors can exploit, which arise from financing efficiencies, the ability to time their exit, as well as operational value creation.

Realised private market returns tend to outperform their benchmarks but by low single-digit percentages, which may nevertheless be a better risk-return trade-off than public equity funds that tend to underperform benchmarks. Private market returns are noticeably dependent on good manager selection while at the same time manager skill appears to show little persistence when successor funds are examined in the literature.

There is no obvious regulatory solution to making public markets more attractive to new businesses and entrepreneurs whose nature seems intrinsically better suited to private markets and/or acquisitions by existing public firms. One can see this in action in the long list of acquisitions of tech start-ups by incumbent tech giants and existing corporations. Lowering of public market disclosure standards will erode investor protections and reduce the attractiveness of public companies. It is therefore unlikely to result in more public listings.

As fewer firms remain listed, and often become larger simply by acquiring new start-ups and competitors themselves, a smaller proportion of the corporate sector will be subject to social corporate transparency, limiting support for the corporate sector. Additionally, public equity markets, and the stock market indices that represent them, may become increasingly exposed to more mature businesses and less (directly) exposed to smaller, newer companies and sectors with higher growth potential. This situation poses challenges for expected returns and asset allocation.

It is important to separate the cyclical from the structural when considering any policy response. While private funds are facing supportive financing conditions it remains to be seen whether this (excess) demand will inflate private company valuations to an unsustainable level. If so, could we see expected returns fall, making public markets relatively more attractive again even without regulatory intervention?

Equally, private markets are an important part of the financial ecosystem and stakeholders should be careful of policies that harm private markets in favour of public markets. What may be a more relevant concern is the quality of the investment possibilities available to the public.

With the global move towards self-funded retirement, it is not credible to allow an entire generation of retail investors to be left with only diversified public market exposure to generate retirement returns. Institutional investors are crowding into innovative business models that offer potentially higher but unknown returns. However, it is possible that there will be systemic consequences.

The correct set of policy responses should not weaken the integrity of public markets in a probably vain attempt to attract more activity. Instead they should aim to responsibly improve access of smaller investors to private market investments, via professional intermediaries such as collective defined-contribution vehicles.

• Encouraging better disclosure and transparency standards in the private markets (while acknowledging that they can never be as transparent as public markets);

• Strict investor protections and limits should remain in place because the evidence suggests that while private market returns are higher than public returns, this is highly dependent on the period being considered and typically only for the best-performing funds. These high-performing funds do not demonstrate persistence in performance;

Finally, regulators should monitor the rise of private markets for evidence of growing systemic risks. While some commentators argue that there are no systemic implications because private institutions would, in the event of a downturn, simply absorb private losses, this may not tell the full story. It could transpire that sovereign wealth funds, government plan sponsors, pension systems and retirees are heavily involved in the burden sharing.