Any responsible investment regulation is likely to fall short of its goal if it only targets asset managers, according to hedge fund industry body AIMA.

In a new “primer” on responsible investment developed with law firm Simmons & Simmons, the Alternative Investment Management Association (AIMA) said that, to be effective, “a regulatory framework must be broad-based and must encompass the behaviour of issuers”.

This was to deal with the problem of data scarcity, it added, noting that companies were generally not required to disclose information on their performance on most environmental, social and corporate governance (ESG) factors. Such data was even harder to come by for private assets, the body said.

“Any responsible investment regulation should ensure a proper foundation of data is available before mandating specific action on the part of managers,” it said.

In the EU – where AIMA said the European Commission had driven “one of the most high-profile initiatives” on responsible investment – political agreement has been reached on a proposal that would introduce various new disclosure requirements on asset managers in relation to sustainability. 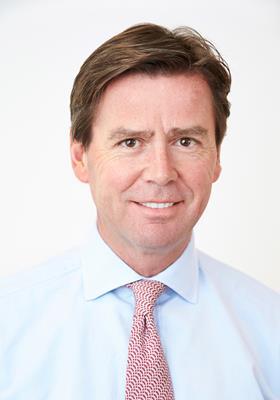 It said: “Among other issues, the principles stress the need to allow room for innovation and to ensure that any shift towards responsible investment is led by investors.”

“We were a little bit surprised… when the Commission first came out with their proposals last year, aiming to solve a problem by imposing requirements on asset managers who are effectively agents,” AIMA CEO Jack Inglis told IPE.

There was also the problem of a lack of data, he added, with managers finding it difficult at times “to get the relevant disclosures from issuers of equities and bond securities”.

He emphasised that not all companies did a bad job of reporting, with European corporates doing better than their counterparts in the US and elsewhere. In addition, initiatives from standard-setting organisations meant “some of these things are slowly being solved”.

However, “there’s still a long way to go”, said Inglis.

“Short selling is neither irresponsible nor unethical, and it can form a critical tool in responsible investment,” it said.

“Being able to sell short companies that you do not think are compliant with ESG standards is a very powerful tool that traditional asset managers do not have,” he said.

AIMA’s guide said a manager “could short a company with poor environmental practices that were hidden from the public and which the market had failed to price in”.

The trade body acknowledged that “some of the most stringent responsible investors may prohibit short selling for a variety of reasons”.