Gold is unlike any other commodity. It has few industrial applications of any note. It is widely used in jewellery partly because of its aesthetic appeal but also in many cases as a form of investment. Central banks distance themselves from acknowledging the precious metal as a kind of universal currency yet still keep thousands of tonnes of it locked away in their vaults.

In some respects gold can be seen as a bellwether of political and economic developments, often adverse ones, but it is not straightforward to read. It is a commonplace to see it referred to as a hedge against uncertainty but it is hard to gauge how well it plays that role. Sometimes it reacts strongly to global adversity and sometimes not. Gold prices tend to perform well in times of extreme economic sluggishness as well as, in stark contrast, during periods of rampant overheating. When the world is boringly normal it is generally not a good place to be.

Identifying the key drivers of the gold price at any particular time has the added advantage of helping to reveal broader market trends. Deciphering gold helps develop a better understanding of contemporary political and economic anxieties.

This all begs the question of what has driven the recent surge in the gold price. It rose by 18.4% in dollar terms in 2019, according to figures from the World Gold Council, a gold industry organisation, making it the best performance since 2010. Gold rose to record highs in most leading currencies except for the dollar and the Swiss franc. 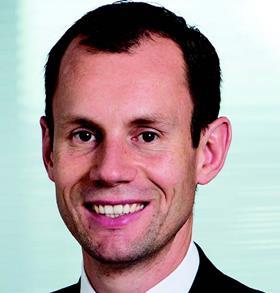 The figures look even more dramatic if the rise in the final quarter of 2018 is included along with the increase in early January 2020. Over that period, the gold price rose by about 30% in dollar terms over about 16 months.

To compound the enigma, many conventional assets have done well at the same time as gold. For example, the S&P 500 rose by about 30% during 2019 while other developed markets, although not enjoying such spectacular performance, also generally did well. Emerging market equities and various forms of debt also showed reasonably strong performance.

There are several possible candidates to account for the recent surge in gold prices. Many of them are intertwined.

Perhaps the best place to start looking is in relation to interest rates. Thomas Benedix, a commodities fund manager at Union Investment, probably has widespread support in the industry when he says that “US real interest rates are the key driver for the gold price at the moment”.

Since gold pays out no yield, it is by default more attractive when other assets are paying out little or no yield – let alone if they have negative yields. “The cost of holding gold has diminished in the sense that the counterfactual benefit of holding something else has diminished,” says Eric Lascelles, chief economist at RBC Global Asset Management. Conversely, investors would have to have a good reason to invest in gold when rival asset classes are paying out substantial amounts of income.

However, Benedix’s claim merits closer investigation. He makes his point in relation to real rates rather than nominal ones. At present, nominal rates are low or even negative but it would, of course, be possible to have negative real rates even at time of high inflation. All it would demand would be for nominal interest rates to be lower than inflation. For example, the 1970s was a time of high inflation but, according to a September 2016 study by the Federal Reserve Bank of Minneapolis, real interest rates dipped into negative territory in most of the large developed economies (‘Real interest rates over the long run’). It was also a decade during which the gold price trended strongly upwards, albeit with extremely high volatility.

The correlation between gold prices and negative real rates is confirmed by a study from the World Gold Council covering the period from January 1971 to September 2019. Over that time it found that gold prices rose twice as fast during periods of negative real interest rates. It enjoyed an average return of 1.2% during times of negative rates against an average long-term return of 0.6%.

US as a key driver
It is also noteworthy that, despite the growing importance of emerging markets, the US is probably still the key driver of the gold price. Although it is also true, as will be shown, that emerging markets are playing an increasingly important role in determining the level of interest rates.

The huge impact of the US is the combined effect of the sheer size of the economy and the scale of its recent intervention (see figure 1). Michael Howell, the CEO of CrossBorder Capital, a London-based research firm, says the Fed’s intervention represents “the biggest liquidity impulse in more than 50 years of data”. As he puts it: “that gives you some idea of what is going on”.

This points to the important role that quantitative easing (QE) has played in bolstering global liquidity and so bolstering the gold price. As Arnaud du Plessis, portfolio manager at CPR Asset Management, says: “The low real interest rate is not only the result of uncertainty but also of a very exceptional policy followed by central banks which has created this artificial situation.”

To appreciate this point fully it is worth thinking back to the end of 2018. Back then there was a lot of talk about how the decade-long period of monetary expansion that followed the global financial crisis looked set to be reversed. QE looked set to be replaced by quantitative tightening (QT), or so the argument went. As the year drew to a close the Fed suggested that another two rate rises were likely in 2019.

In the event, early signs of a u-turn were already apparent in January 2019. At that point the Fed said the next move could be down rather than up. By June the European Central Bank (ECB) was signalling that more easing lay ahead, while in August the Fed cut rates by a quarter point. 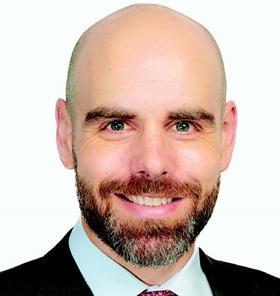 Then in September 2019 the US repo markets (for short-term borrowing of government securities) seized up. There was talk of an unnamed financial institution, most likely a bank, in desperate need of short-term cash. Shortly afterwards, the Fed cut rates by a quarter-point, followed by another quarter-point cut in October. Meanwhile, the ECB announced that it was extending QE and trimming its deposit facility.

Under these conditions of increased liquidity it is unsurprising that the gold price should rise. As Howell points out, the two variables are closely correlated (see figure 2). “Gold is almost a pure liquidity phenomenon,” he says. With so much liquidity circulating and interest rates virtually zero it is to be expected that real assets are attractive.

One way to understand gold in this context is as a kind of anchor point around which other assets move. From this perspective, a rise in the gold price against, say, the dollar is better understood as a decrease in the dollar against the precious metal. So if, for example, the Fed prints a large number of dollars, while the volume of gold changes relatively little, the US currency has, in fact, depreciated in real terms. “It is not the gold price that is moving  even though people do say that ‘gold has gone up’,” says Howell. “What is really happening is that the paper money is going down.”

However, although real interest rates, and the associated QE policies, have played a key role in bolstering the gold price, they are not the only factor. Several other elements are arguably at work.

EM demand
Another important factor is investment demand from many emerging market central banks in the pursuit of gold-buying programmes. Their key motivation seems to be to diversify away from a heavy dependence on the dollar.

Arnaud du Plessis of CPR points out that heavy dollar holdings in the reserves of many emerging market central banks represent a significant financial risk for them. A fall in the dollar – and the US currency is relatively high on a trade-weighted basis – could hit them hard.

One common although questionable claim in relation to gold is that it does well in times of geopolitical uncertainty. Any kind of political conflict of any scale can, in this view, potentially push up the gold price.

Unfortunately, such observations are all too often subject to confirmation bias. A rise in the gold price will have analysts seeking a war or confrontation somewhere in the world to help explain what is happening. The problem is that, on a global scale, there are always important conflicts somewhere on the planet. 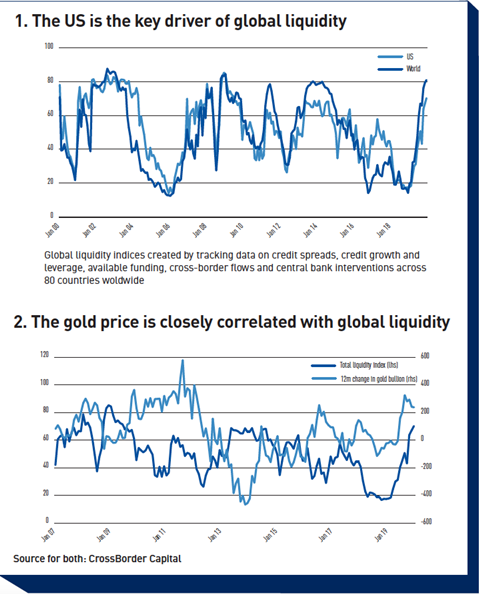 For example, 2016 is generally considered to be an important year in geopolitical terms with the Brexit referendum in May and Donald Trump’s presidential election victory in October. Both events added to geopolitical uncertainty worldwide but there was no concerted rise in the gold price at the time.

In contrast, US-China trade tensions were a feature throughout 2019 – indeed, the US implemented its first China-specific tariffs in July 2018 – so they arguably played a role in pushing up the gold price. The problem is, of course, that it is difficult to untangle geopolitics from other factors, such as QE or central bank buying, that could also put upward pressure on gold.

One way to look at the question more generally is to consider what factors might push up inflation and consequently bolster the gold price. For example, substantial QE carries a risk of stoking up inflation even if, in defiance of many predictions, it has failed to materialise over the past decade.

Similarly some forms of geopolitical conflict might come with a global inflationary threat but others probably do not. So Brexit, for instance, was not generally seen as the source of a potential global inflationary shock but a conflict between the US and Iran, with the associated threat of a disruption to oil supplies, could arguably push up crude prices on the world market. In any case, for the moment at least, it does not look like geopolitical uncertainty is playing much of a role in determining gold prices.

Those who held gold over the past 16 months or so have, either through design or luck, achieved handsome returns. Whether these will be repeated in the next year or two is inherently uncertain.

But the recent surge in the gold price does seem to illustrate two important features of the current juncture. Most clearly, is the still heavy reliance on extraordinary monetary policy for global financial stability. On top of that, there is the growing relative importance of emerging economies alongside a reduction in the ability of the US to play a preeminent global role.

In any event, gold seems to stubbornly hold on to its status as a bellwether of global economic and financial activity.