The world is facing a short-term health and economic crisis with COVID-19. In the longer term it is threatened by an existential crisis with global warming caused by burning fossil fuels.

Economists Gary Smith and John Nugée, state in a recent note*: “Addressing the economic consequences of the pandemic and implementing a green energy agenda are issues an order of magnitude larger, and more global in their reach, than the world has seen in modern economic history.”

The scale of these challenges is enormous and urgent, they argue. It requires the mobilisation of the full fiscal and savings resources of every nation, including national foreign exchange (FX) reserves. While sovereign wealth funds (SWFs) are a source with about $8.5trn (€7.0trn) of assets, according to the Official Monetary and Financial Institutions Forum (OMFIF), a think tank, global FX reserves are about $14trn. That is equivalent to 20% of global output.

It is time, Smith and Nugée argue, to bring these resources into battle. The alternative would be to act as if they still need to be kept for an emergency. The authors compare this to the German high seas fleet kept in harbour after the Battle of Jutland in 1916, so as to avoid losing it in a full naval engagement with the British. However, the German fleet was scuttled in 1919 under the terms of the Treaty of Versailles, signed after Germany’s defeat.

The “rainy day” for which FX reserves are required, in Smith and Nugée’s analysis, has arrived. Awareness is increasing that the creation of a sustainable world for future generations requires a change in today’s framework for analysing investments. Not only the returns and risks of investments need to be considered, but their global impact. That applies to both public as well as private sources of funds.

Central bank FX reserves are generally created by issuing short-term treasury bills in local currencies and using the proceeds to purchase foreign currencies. The ostensible objective of accumulating reserves is to protect a currency during periods of weakness. It does this by purchasing the local currency and selling the foreign one.

However, as Smith pointed out in a recent conversation, intervening with foreign exchange reserves to help a currency rarely works. Indeed, it has sometimes proved disastrous as the UK found to its cost on ‘Black Wednesday’, 16 September 1992. That was when sterling was forced out of the European Exchange Rate Mechanism (a precursor to the euro) when it could not prevent sterling falling below its specified floor. Even during the Asian financial crisis of 1997-98 the countries that spent FX reserves consistently did worst.

Since the Asian crisis, reserves have grown to unprecedented levels. This is the result of a loss of confidence in the global financial system’s mutual insurance arrangements for the currencies of emerging nations. Many developing economies have accumulated reserves hoping this would reduce reliance on outsiders such as the International Monetary Fund. However, it has become a ‘space race’ as countries have felt obliged to compete.

Another problem, says Smith, is that the main aim of the build-up of FX reserves in Asia was not itself a primary objective. Instead, it is the consequence of an imperative to keep exchange rates down. Yet reserves invested in hard-currency short-term debt has a funding cost.

A way out of this quandary is to allow the reserves to take on the typical characteristics of a sovereign wealth fund (SWF). Indeed, both China and Singapore financed their SWFs by allocating funds from their FX reserves.

If, as Smith argues, the world has realised that currencies are not really defensible, what are reserves for? Even the $1trn that China spent in 2014-16 did not prevent a 20% slide in the value of the renminbi.

Academics and central banks have not addressed the fundamental question of the purpose of reserves. As the IMF said in a 2015 paper: “There is little consensus about how to assess reserve holdings in different economies.”

As Smith and Nugée point out, there is no agreed definition of reserves adequacy – “and to their shame academics and policymakers alike have signally failed to establish one”.

The IMF’s rationale, though, as well as including the need to counter disorderly market conditions and support the conduct of monetary policy, also included the need to “build assets for intergenerational purposes”. If FX reserves are generally accepted then, as of value for future generations, they need to be deployed for their benefit.

A failure to contemplate new uses for FX reserves would represent a stagnation in central bank thinking, argue Smith and Nugée: “We are in an extraordinary situation where nations are stockpiling huge if not excessive FX reserves out of caution but dare not ever use them. This is not a sustainable or justifiable position, and there has to be a better way.”

The better way they are suggesting, is that of using FX reserves to help tackle the challenges the world is facing. They also favour the creation of a multi-currency network of swap lines to address the desire to have tools to control currency volatility. As they illustrate, currency swap lines are cheap compared with the sterilisation costs associated with the accumulation and management of FX reserves.

A swap line represents a right to access financial resources but without an obligation to hold and therefore fund them pending their use. Just having a swap line in place can provide confidence in a currency. Dollar hegemony could be alleviated by having multiple swap lines administered through the IMF.

The challenges to creating a sustainable world in the aftermath of COVID-19 require new modes of thinking by all players. Smith and Nugée end with the words: “Future generations will not thank us if alongside the large trust fund that they inherit because we didn’t dare spend it, they also inherit a ruined world; no-one is served well by a stockpile of gold at the central bank when the world is in flames.” 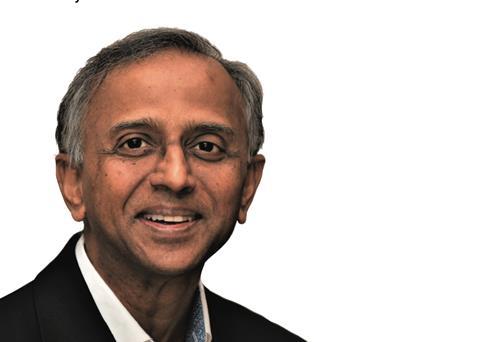 Creating a framework for measuring, monitoring and managing the impact of investments objectively is a vital task. So is the deployment of FX reserves along with other public-sector funds sustainably to tackle the twin challenges facing the world. Future generations will thank us.