Geopolitical risk is now  the norm and not the exception, and brings with it a rise in volatility,” says Joyce Chang, chair of global research at JP Morgan, adding: “This volatility has tended to create more noise than trend.”

This begs two questions: what is causing the increase in such risk, to the extent that what were once seen as one-off shocks are now normalised, and how do investors distinguish signal from noise?

“Geopolitical risk, in the forms of sanctions, is the new normal, creating additional problems for investors to navigate across markets,” says Vyacheslav Smolyaninov, chief strategist at BCS Global Markets.

He suggests the Russia/Ukraine conflict as an example of how risk has become increasingly generalised. “There was clearly a major change in 2014, driven by the situation in the Ukraine and Donbass region,” he says. For many at that time, Russia became uninvestible. However, he points out, the country remained part of the MSCI EM and World indices, “so those managers who did not invest were taking a significant negative risk”.

Mid-decade, this situation could have been seen as an outlier but with the rise of protectionism, populism and attendant events such as Brexit, these risks have become more prevalent. “Since then, we have seen a host of other geopolitical risks surface, not least sanctions for Turkish businesses, particularly banks, and China increasingly being in the spotlight,” says Smolyaninov.

Indeed, as this has happened, the Russian/Ukraine situation has abated, he says: “There has been a big change since 2019, with Russia coming from behind, as something of an outlier, to much lower geopolitical risk, with the new Ukrainian president Volodymyr Zelensky coming in, and the situation calming.”

What’s driving risk?
This burgeoning of geopolitical risk has been a decade and more in the making. “One of the biggest paradigm shifts since the global financial crisis is the rise of populism and a shift away from ‘establishment’ political parties, which is itself to a large degree driven by the increase in inequalities globally,” says Chang.

While democratic structures are seen as a bulwark against geopolitical risks, such as inequality, it may also be a conduit for such risk. Marshall Stocker, director of country research for Eaton Vance, says that, over the past 20 years, the level of democracy has correlated with a deterioration in economic policy for countries that have attained a certain level of economic freedom, “as democracy has evolved to be a populist tool”.

Regarding the current wave of protests, whether Colombia, Chile or Iraq, Stocker says: “They are not as high as they have been at certain periods in the past, although they are growing in a cyclical fashion,” and ponders whether such recent protests “could relate to Maslow’s hierarchy of needs, where people have a job, have a cellphone, and now want a greater say in their society”.

Putting a number on it
Whatever is driving these developments, investors need to mitigate its effects within portfolios, and quantify the effects of this multiplicity of shifting risks.

“Analysis is laborious and idiosyncratic for each country, so this doesn’t distil down into a single number,” says Stocker. “Factoring it into an investment decision is about sizing the risk of an individual position, and how likely and how frequent that risk is, and to establish milestones to determine in which direction it is going.”

Ultimately, this comes down to prudent portfolio construction, he explains: “Unless you have unique information from the decision-makers, then you are working with the same information as the rest of the market. You have to diversify your risk: you don’t want portfolio of country holdings that all border Russia, or all on the South China Sea, as you are exposed to the same risk.” 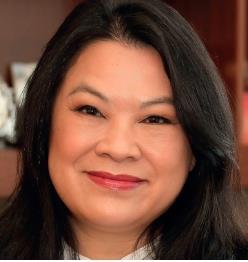 To identify and quantify geopolitical risk, JP Morgan uses a range of political and social indices, focused on freedom, democracy, business conditions and corruption, and has developed the Volfefe index to track Donald Trump’s tweets. Bizarre as it sounds, the Volfefe index is real, measuring the volatility in market sentiment for US Treasuries caused by tweets by the US president, as these have a statistical significance on bond prices.

Artificial additives
Artificial intelligence (AI) is being used to flag risks, and determine how material they are. JP Morgan employs natural language processing to capture and analyse information across markets, says Chang. “Using tools such as this, you can see that markets sell off most when news flow around a particular issue peaks, and then tends to bounce back strongly. Geopolitical events generally generate temporary shocks. Taking the impact of coronavirus as an example, it is likely that news around this will peak in the next couple of weeks.”

AI allows the aggregation of a greater amount of data than is possible for human analysts alone. “We put a lot of resource into identifying and monitoring such risks: for instance, picking up on the impact of a popular Egyptian YouTuber calling for revolution,” says Stocker: “AI allows us to scrape websites and sift through a huge amount of data to work out how much of a risk geopolitical developments represent. This analysis does not produce one single metric, but a whole lot of different inputs from a variety of sources.”

“For an analyst, country risk is an integral part of the discount rate they apply to a security” - Vyacheslav Smolyaninov

The question still remains as to how to employ such information. “Our approach is model-informed, not model-driven,” Chang says: “We look at the data to compare risks and develop scenarios. The models do not generate an automatic response.” Even with the most developed machine learning, implementation remains human.

These risks should not necessarily be seen as a macro overlay within a portfolio, but impact on a granular level, that of individual security analysis. “Exposure to country risk should come from a company’s operations, making country risk a critical component of the valuation of almost every large multinational corporation,” according to financial risk expert Professor Aswath Damodaran.

“For an analyst, country risk is an integral part of the discount rate they apply to a security,” adds Smolyaninov.

Hedging bets
There are a variety of ways to hedge against geopolitical risk. Credit default swap (CDS) spreads can be used as a proxy for country risk, and captures such things as macro and credit risk alongside geopolitical risk, says Smolyaninov. 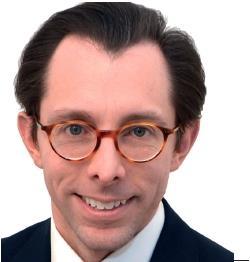 “Typical hedges include defensive trades like going long the dollar and holding Treasuries – and we have seen yields on 10-year Treasuries drop by about 40bps so far this year – volatility, and short equities and high yield,” says Chang. She adds: “Other hedges include gold and the Japanese yen”.

Geopolitical risk seems to have moved out of the tail of investment expectations to being a core concern. Whether relying on new tools such as AI or traditional approaches such as diversification, this looks to be something that will be a key factor in portfolios for the foreseeable future.