Recent news headlines have warned about the implications of current and projected population growth declines. This article provides perspective on impending demographic changes and their manifold implications. Peter Drucker, in his time probably the world’s leading management guru, said demographics is an important ignored area but when attention is paid the point is missed. Yet the demographic revolution has often been misinterpreted thanks to a narrow view based on age and population numbers. 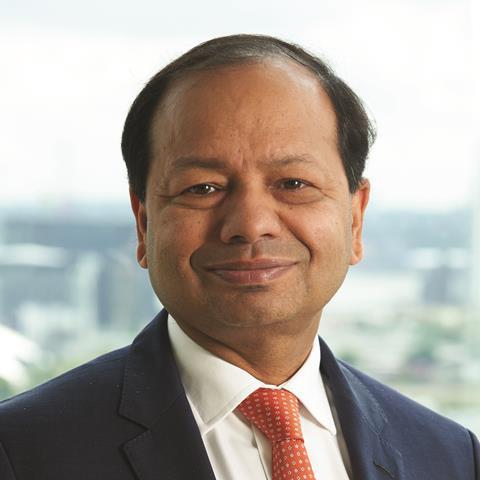 The COVID-19 pandemic has highlighted the importance of health while also shining a light on inequalities and disparities within and across countries. The lack of global co-ordination in tackling the disease has been glaring. G20 co-ordination was much more effective dealing with the global financial crisis of 2008-09 that largely hit one sector. That is in contrast to the multi-sector global effects of the pandemic affecting the entire global world population over the past seven quarters. Scientists, doctors and psychologists are still studying and debating the effects of long COVID ranging broadly across economic, social, political, and psychological dimensions.

Understanding demographics better requires a deeper view of people as consumers and workers over their entire life cycles (births to deaths) and their interlinkages across generations. Demographic changes affect babies born today just as they did those born 100 or more years ago. Generations ranging from the Silent generation (pre-baby boom) to Baby Boomers (born between 1946 and 1964) to Millennials (born between 1981 and 1996) to Generation X, Generation Y and beyond are all affected. The focus on people number count and age fails to account for changing behaviours of consumers (all the people) and a subset that work (workers). These behaviours evolve with technology, supply, fashion, common trends and affect all aspects of the economy and financial markets. In a critique of macroeconomics’ failure to predict the global financial crisis, Nobel laureates George Akerlof and Robert Shiller blamed ignorance of psychology by economists.

Consumer and worker behaviours are influenced not just by age but also by gender, race, region, education, family background, income, wealth and institutional set-up. Assuming fully rational individuals and households failed in empirical tests, so has assuming homogeneity. Better use of big data is much needed

Changing consumer and worker behaviour has implications for lower productivity growth and economic growth, now and in future. Distributions of income, wealth, opportunity and access matter too. While headline inequality across countries appears to be lower, inequality within countries between the poorest 0.01% of populations and the richest 0.01% in aggregate has increased. So has the gap between wages of average workers and CEOs. Governments have long needed to develop and implement holistic policies in areas of health, education, taxes, labour reform, technology, migration and training to mitigate the ageing and pensions crises.

A notable example during the recent COVID period is the focus on lower birth rates since the second quarter of 2020. These are an important contributor to lower population growth rates and lower labour force growth rates. Ultimately they exert pressure towards lower GDP growth.

What is more directly impactful, however, is the role of massively decreased people movement (immigration) due to travel and lockdown restrictions. In many developed countries with open immigration policies, immigration is a bigger factor than birth rates. The natural rate per thousand (birth rates less death rates) is focused on the youngest and oldest parts of population. However, these are not such productive contributors to current growth as migrants of working age, who make immediate contributions to aggregate labour productivity.

The Australian government is looking at the impact of immigration in reducing growth. Its labour minister recently called for an integrative population policy and its experts have advocated a holistic policy encompassing education, health and labour. Immigration is a sensitive and important policy area with different policies across countries within the EU.

Internal migration is an important area needing greater attention, with migrant labour coming to large megacities in emerging countries in Asia and Latin America (informal labour markets have affected them worse). The high population density of megacities in developing countries leads to the associated problems of poor air and water quality with sanitation problems that exacerbate the sustainability status.

Internal migration is also a pressing problem, grabbing headlines in terms of the lowest-ever population growth (0.5% a year) in California. That was caused by the migration of businesses and people to Texas and the other sunbelt states.

Investment in public health and education are crucial areas. Health is the new wealth and should not just focus on life expectancy but rather should be a focus on healthy life expectancy at older ages. Over longer, uncertain retirement periods the objective should be to keep citizens healthy enough to enjoy longer life spans. Healthy consumers and healthy workers should be the collective responsibility of societies in an age of responsibility that will require choices to traverse a brave new world. A Drucker-like sincere word of advice – understanding demographic changes better is critical to changing mindsets, changing toolkits and changing asset allocation to address global retirement challenges