As we emerge from the AGM season, executive pay has, once again, been a lightning rod. Often pay is presented in simple headline numbers and narratives, but, in fact, pay is among the most complicated issues that percolate to board level. In my experience of sitting on boards for more than a decade, there are several principles that should guide the best global companies in setting executive pay. 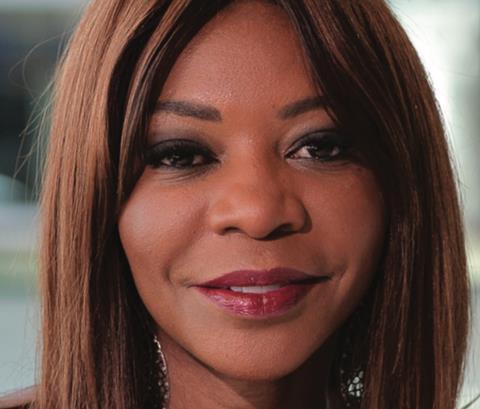 • CEO pay ratio: Boards have to defend the disparity between the CEO’s pay and the salary of the company’s lowest paid employees (or the company’s median, or the national average income). Inflation-adjusted CEO pay in the US has grown 940% since 1978, while typical worker compensation has only risen 12%. According to the Economic Policy Institute, a think tank, the ratio of CEO pay to average worker pay rose from 33 times in 1980 to a peak of 376 times in 2000, before lowering to 276 times in 2015. In previous years, CEO pay was based on performance and internal pay scales. More recently boards have tended to determine CEO compensation based on peers in the same industry as well as CEOs from other companies of similar scale. In some jurisdictions, regulators explicitly required that companies publish compensation ratios, and disclose executive compensation practices. In the EU, for example, banks must disclose how many employees are paid over €1m annually.

• Boards should take into account the priorities of its shareholders. In the aftermath of ‘say on pay’ – where a company’s shareholders have a right to vote on executive remuneration – investors have a greater input on company compensation, forcing boards to transparently explain their compensation formulas. Say-on-pay efforts are designed to tackle the risk that a corporation’s managers overpay themselves, and give investors the right to vote on the remuneration of executives. Boards should monitor compensation so that all parties should feel the pain equally when the company is not performing well – that is, both executive bonuses and shareholder dividends should be equally cut or eliminated.

• Boards should ensure that pay and performance are properly aligned, and that they steer clear of rewarding poorly performance with outsized compensation packages. This means pay assessments and structures are, necessarily, much more dynamic, reflecting the performance of an enterprise.

• Executive pay plans should embed environmental, social and governance (ESG) factors – reflecting performance in achieving these targets. These can be based around achievement of efforts to support climate change objectives and to diversify the workforce, by explicitly linking executive and employee pay to cultural issues. In many countries, companies are increasingly expected to disclose pay gaps between men and women and in some countries larger businesses are preparing to disclose pay gaps between ethnic groups. In addition to efforts to achieve pay equity, boards are increasingly required to opine on a “fair pay agenda” that covers commitments to living and/or minimum wages.

• Boards need to align executive pay to the long term progress of the company. Pay structures are not as simple as merely determining base pay and cash bonuses. They include stock options, restricted stock, pensions, and insurance. Stock options can be a valuable form of compensation when the share price increases. However, boards have to consider how a sharp rise in the share price can lead to a pay package exceeding everyone’s expectations.

Such an approach is consistent with the use of long-term incentive plans (LTIPs) and deferred compensation to ensure CEO compensation is aligned with the long-term interests of the company. Importantly, this approach should discourage CEOs from taking a short-term approach – and encourage them to manage the company for the long term. Essentially, CEO compensation is based on well-defined goals and score cards reflecting targets based on short, medium- and long-term goals. So above all the board should make sure that compensation plans do not incentivise short-term thinking linked to quarterly performance.

• The board needs to ensure the compensation pool does not rise at the same rate as profits or revenues, and that fixed pay increases should not regularly outstrip inflation, creating a bloated cost base. In essence, boards want to ensure that they are tightly managing the company’s expense base. Boards will want to avoid giving the impression that compensation automatically rises for all employees if the company’s revenues and profits go up – including for the CEO. Executives should not benefit more than a shareholder when a company is flourishing.

• Given that boards are in the business of managing a company for future success, they should be mindful that high performing juniors and middle managers should be paid, rewarded and favoured over the old guard. Today’s middle managers will be running tomorrow’s businesses so the best pay awards are going to people who they expect to shape the company’s future. In effect, the board should stay attuned to making sure all employees have equal opportunity to progress.

• If not explicit in employment contracts, boards should retain some powers to reclaim a portion of their compensation at a future date through ‘malus and claw backs’ clauses in their contracts. This means the company can claim back paid compensation if a senior officer’s misdeeds are revealed.

One step an assertive board can take is to promote greater transparency on pay – ideally, clear pay structures will offer employees opportunities to progress and earn more, while better understanding the board and management’s remuneration decisions.

While compensation committees do not have a checklist to tick off and rubber stamp, there is a range of things that they will want to get right as they nail down effective remuneration. But what is vital is that setting CEO and executive pay is dynamic and not seen as a static box-ticking exercise. As well as paying attention to the regulation, the view of consumers and employees, and the public perception of executive pay, boards must update and refine their thinking and approach to remuneration as they compete to attract, promote and retain employees.

Dambisa Moyo is the author of How Boards Work: And How They Can Work Better in a Chaotic World (2021)