History may well look back on 2019 as the year the world finally woke up to the threats posed by climate change. Yet, with the negotiation failures that occurred at the 2019 United Nations Climate Change Conference in Madrid (COP25), the year ended on a significant downer.

United Nations (UN) climate expert Alden Meyer summed things up when he reported an “almost total disconnect” between the science and what negotiators delivered at COP25. 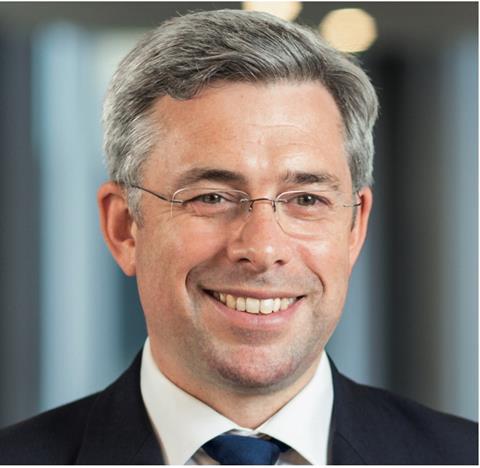 A key question to ask is how the capital markets can be corrected so that they amplify rather than undermine the goal within the Paris Agreement to “keep temperatures to well below 2°C above pre-industrial levels” that came into effect in 2016?

Over recent years substantial progress has been made in this area by the UN, the World Bank, the Organisation for Economic Co-operation and Development, EU, Financial Stability Board (FSB), as well as the governments of Canada, China, Malaysia, Norway, Singapore and the UK. In July last year, the UK Treasury’s first ever Green Finance Strategy was launched.

While these initiatives are welcome, they will be ineffective unless they are part of a more globally coordinated strategy and response. This is why establishing an International Panel on Climate Finance (IPCF) could play a vital role.

The IPCF should be a capital market-focused equivalent to the Intergovernmental Panel on Climate Change (IPCC), which focuses on climate-change science. It would provide market-based analysis on the impact of climate policy. Observations would be secured from the various market disclosures by companies and investment analysts from different sectors and regions. The report, which would appear annuallly, would serve as a market test of policy effectiveness. It would facilitate the oversight of article 2.1c of the Paris Agreement, which calls for the “consistency of finance flows with a pathway towards low greenhouse gas emissions and climate-resilient development”.

To be effective, the IPCF should serve three core functions.

First, it would act as a market thermometer. Every year the IPCF would take the temperature of each EU member state by assessing the global warming potential embedded in their domestic financial markets.

The body would undertake market-based analysis and determine the degree to which global stock exchanges, financial-market participants, and capital flows are in line with or deviating from the goals of the Paris Agreement. Observations would need to be secured from the various market disclosures by companies and investment analysts from sectors and regions including, but not limited to, the FSB Task Force on Climate-related Disclosure reports.

In effect, the IPCF annual report should serve as a market test of policy effectiveness and be provided to politicians, negotiators and policymakers at each Conference of Parties, to better inform them about the view of capital-market participants on the likelihood of delivering the Paris Agreement. This report would also better inform businesses, investors and the public.

The IPCF’s second function would, based on its findings, provide bilateral advice and capacity building for governments in two areas: best practice in the policy options for reducing the global warming potential of their markets in a way that facilitates a just transition; and, the production of the member state’s own national capital-raising plans.

These plans would include a view on the infrastructure required, the capital involved, and the financing that can be raised via infrastructure investment, project finance, corporate debt, foreign direct investment, equity investment as well as sovereign and multilateral development bank debt.

The International Energy Agency estimates that $1trn is needed each year to move the economy to a net-zero carbon basis. To put this in context, the Marshall Plan to rebuild Europe post World War II cost $13.3bn at the time, or $103.4bn in today’s money. The Apollo programme cost $25.4bn at the time, or about $150bn in today’s terms. In other words, the world needs to mobilise four times the Marshall Plan plus the Apollo programme – every year.

While this is a vast amount of money, the stock of capital in the capital markets is over $300trn. There is no shortage of capital to fund the climate transition. What is lacking is a clear plan and the financial incentive to deliver it. The capital-raising plans co-ordinated by the IPCF would include a view on the infrastructure required, capital involved, and the finance that could be raised via infrastructure investment, project finance, corporate debt, foreign direct investment, equity investment as well as sovereign and multilateral development bank debt.

Third, the IPCF would also work with other organisations to use the IPCC science-based assessment to help produce sector-specific reference climate-risk scenarios for corporate boards to use as input for their TCFD reporting. This would significantly help the planning process within companies and financial institutions, and reduce the associated costs of production. It would also assist the comparability of the scenario plan outputs, which are currently based upon disparate assumptions.

Every part of society needs to take strong and urgent action in the face of climate change. And while capitalism is viewed by many as the main reason for the crisis we are in, to help solve the massive and complex task ahead we will need to harness the innovation and creativity that a market-based system incentivises.

A Green New Deal, complemented by the IPCF, is desperately needed to bring cohesion to the currently confused global climate strategy.