Africa looks set to account for over half of the world’s population growth between now and 2050, according to the UN. Thanks to a young population and a high fertility rate, Africa’s population could exceed 2bn, making it the fastest-growing continent in that respect.

Strong population growth combined with rapid urbanisation support the case for investing in Africa, says Paul Boynton, CEO of Old Mutual Alternative Investments (OMAI). The continent’s large natural resource endowment is another one. But there are more, according to Boynton. “Over the next decades, the growth opportunity within Africa must be as strong as anywhere else.”

Given Africa’s under-developed public markets, there is a case for investing in infrastructure and private equity, those on which OMAI focuses.

OMAI is part of Old Mutual’s Wealth and Investments, a key division of the financial services group. The firm offers both funds and segregated accounts with a pan-African focus. Half of the investors within its pan-African funds are international.

Growing the international client base is among the company’s strategic priorities, which is why OMAI hired a London-based professional, Clodagh Bourke, who will focus on that task. Bourke joined from Barings, where she was a director in its alternative investments business.

There cannot be many firms with such a deep presence across African private markets. OMAI’s infrastructure arm, African Infrastructure Investment Managers (AIIM), has invested for two decades. It was established in 2000 as a 50/50 joint venture between Old Mutual and Macquarie, but Old Mutual took full control in 2015. AIIM’s investments include transport, energy and telecommunications. 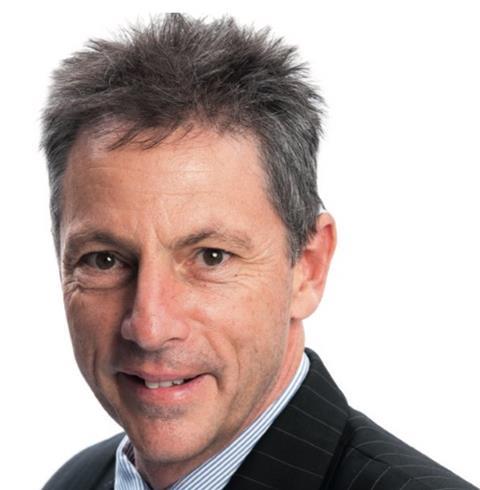 OMAI is also an impact investor. Although focused on South Africa, Boynton says it is looking to take its impact capabilities to East Africa. The firm manages an affordable housing fund, has funded alternative mortgage providers and a retirement accommodation programme.

European infrastructure investors lamenting the lack of domestic opportunities might ponder the potential that Africa offers. According to the African Development Bank, Africa needs investment of $130bn (€120bn) to $170bn per year to close its infrastructure gap, but governments and supernational agencies can only cover about half of that. The rest has to come from the private sector.

Boynton says: “If you consider the Nigerian power grid, for instance, it is one tenth the capacity of the South African grid, and Nigeria has nearly 200m people, compared with South Africa’s 60m. Often power in Nigeria is generated by diesel generators, at four times the cost of on-grid power. There is an opportunity to build utility-scale power plants and hook them up to the grid, reducing the cost of industrial and residential use by 75%.”

At a political level, one recent event plays in investors’ favour. The agreement establishing the African Continental Free Trade Area (AfCFTA) came into force in May 2019, providing the framework for reduced trade friction. “Intra-African trade is in the mid-teens [as a percentage of total African trade], much lower than intra-European trade for instance. There is a big opportunity to build continental value chains and promote trade, and this is also dependent on infrastructure and logistics,” says Boynton.

Investment in private equity stands to benefit from the African consumer, but the viable investment opportunities will have a pan-African focus, according to Boynton. “There is appetite from multinationals to make strategic acquisitions with a pan-African footprint. They see that Africa could become a large source of consumer demand over the next decades and they want to participate in that.

“We have invested in businesses that have the ability and the potential to develop across Africa and helped them execute that strategy. As an example, we have invested in a glass bottle business that has opened a plant in Ethiopia, a country of 80m people, growing at nearly 10%. Historically, all glass bottles were imported, until this business opened a plant in the country. Now they are looking to expand in Kenya and West Africa. Before we invested, they did not have a pan-African presence.”

So what is putting off investors from African private markets? Boynton says: “Unfortunately, private equity returns over the last decade have been quite pedestrian, given the perceived risk premium that investors feel they should be receiving. I would argue, however, that risk in Africa is perceived to be a lot higher than it actually is.

“At the same time, the size of funds that have been raised is generally small. Very few have exceeded $1bn in size, which might be too small for large European institutional investors. I think that is changing, too.”

Despite the higher risk premium, real or perceived, the discipline of investing in African private markets is the same as for other markets, according to Boynton. He says: “When investing in infrastructure, we have to assess the jurisdictional risk of investing in each country. Even within a country, we might find areas where we are happy to invest and those where we are not. In certain areas, we might also look at taking out insurance on things like expropriation or inability to expatriate capital.

“But at the end of the day, the process is not different. You need to assess all the risks, from the credibility of the operator to the quality of the developer’s balance sheet.”

A presence on the ground gives OMAI credibility. “We have investment professionals in offices in key cities including Abidjan, Lagos, Nairobi as well as Cape Town and Johannesburg. This is important not just for risk assessment, but also mitigation.”

If investors are concerned with environmental, social and governance (ESG) issues, they need to know that it is not new to Africa, thanks to the historical involvement of development finance institutions in infrastructure and private equity, Boynton points out. OMAI has developed an ESG strategy linked to the UN’s Sustainable Development Goals (SDGs).

“We have selected 12 SDGs on which we believe we can make a difference. As part of those, we have identified 90 different potential metrics that can be measured, from water consumption to carbon avoidance. That allows us to make longitudinal as well as cross-sectional comparisons.”