The Dutch pensions system has lost part of its attractiveness since the financial crisis, which hurt its large capital-funded second pillar, according to a pensions law professor.

Yves Stevens, professor of pensions law at the Catholic University of Leuven in the Belgium, argued in an interview with IPE’s Dutch sister publication Pensioen Pro that the Netherlands’ generous state pension (AOW) was the best feature of the system.

He said that it would be very difficult to “export” the second pillar to other European countries because of the current low interest rates and the increasing individualisation of the labour market.

Stevens is also a member of the European High Level Expert Group on pensions, which is to advise the European Commission about the improvement of second and third pillar pensions by the end of this year.

According to Stevens, the perception of capital-funded pensions has changed since the crisis. In Belgium, for example, the Dutch system was no longer viewed as a good example.

“Although many sector schemes have been established in Belgium since 2003, they never raised their premiums from 1-2% to the envisaged 4-6%, as the crisis has dented confidence,” he said.

“Companies opted for salary and bonuses, rather than investing in a pension fund. As in Belgium, a pension is more considered as salary than as social provision, this choice was easier here.”

‘Pay as you go’ versus ‘capital funded’ 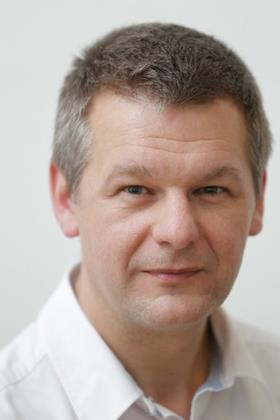 The professor argued that the financial crisis had changed the governments’ approach to the so-called ‘Aaron Condition’, which reflects whether supporting pay-as-you-go or capital-funded pension provision is more efficient.

If the real interest rate is lower than economic growth, pay-as-you-go is more attractive, he said.

“Until the crisis, the Aaron Condition had always favoured capital-funding,” Stevens explained. “However, the low interest rates and [low] return assumptions have made pay-as-you-go more favourable.”

According to the professor, the individualisation of the labour market – also known as the ’gig economy’ – had led to a greater variety of types of employment, with fewer fixed contracts and waning trade union power.

“As a consequence, the second pillar has come under pressure from the first and third pillars all over Europe,” he explained. “Some countries, including Poland, Romania and Hungary, are reducing their second pillar.”

Poland, for example, removed its own government bonds from the second pillar in 2014, transferring them into the first pillar to help fund the state pension.

Stevens noted that, where capital-funded plans are being set up, the trend in many countries was towards auto-enrolment, with the option of opting out – as is the case in the UK, Ireland, Poland and Turkey.

“But this is all about an individual approach and not about collective labour conditions.”

In Stevens’s opinion, the Netherlands should be proud of its state pension arrangement, which is available to all citizens, regardless of their labour history. The only other country where this applied was Iceland, he said.

Stevens: “Moreover, the AOW benefits are much higher than in many other countries, including Belgium.

“This is a really strong foundation of the Dutch pensions system. As a consequence, there is hardly poverty among the elderly in the Netherlands.”