How we run our money: ABB 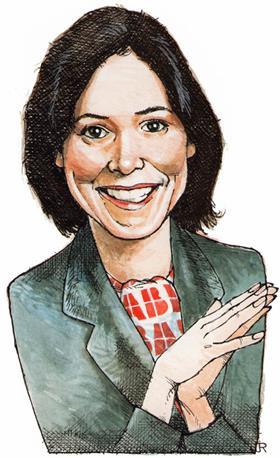 ABB is one of the world’s largest engineering companies, specialising in power and automation, from energy transmission and distribution to robotics. The Zurich-based conglomerate also serves the renewable energy industry. The company reported almost $40bn (€35bn) in revenue last year. It operates in about 100 countries and had 144,400 employees at the end of 2014.

As a result of its worldwide presence, ABB sponsors more than 100 defined benefit and about 50 defined contribution plans, some of which are based in emerging markets. Most of ABB’s pension assets, however, are held in pension funds in Switzerland, Sweden, euro-zone countries, the UK and the US.

Managing pension liabilities of more than $12bn (€10bn), spread over so many different pension plans, is challenging. The company has a portfolio of open and closed plans, with different benefit payment structures, that insure more than 400,000 people.

To tackle that challenge, a few years ago the company’s management created a Zurich-based team to oversee the ABB pension plans from a risk management perspective. The team is led by Elisabeth Bourqui, the head of group pensions, who defines herself as an internal consultant with risk management responsibilities. The key challenge, says Bourqui, is that ABB’s pension plans can differ fundamentally from one another. Each plan has its own governance structure with an independent board of trustees and investment committee, and operates in a different regulatory environment.

In other words, the ABB plans are spread across the whole pension universe, but Bourqui says that leaving all the plans separate was a conscious choice based on sound governance principles. Such degree of variation between plans creates several practical problems, says Bourqui.

First, she says, ABB has to reconcile local regulatory views on solvency of individual plans with the company’s accounting standards and US Generally Accepted Accounting Principles (GAAP), which involve a specific solvency standard that often differs from local regulations.

Local rules might also dictate what asset classes local plans can invest in, which makes it more complicated to implement the portfolio allocation advised by Bourqui’s team or the consultants. “When a local regulator sets limits on exposure to a certain asset class, the local plan’s strategic allocation and its funding ratio may be affected. In order to provide the best asset allocation advice we would need to take those rules into account in our modelling,” says Bourqui.

Another example is how local plans deal with difficult decisions such as their equity portfolios depending on the current market conditions. “We are in a bull market, but all our analyses showed that we should reduce our equity exposure,” says Borqui. “The board of trustees will base their decision onour models and maybe other consultants. This fosters constructive and well-thought-out discussions and leads to informed, albeit difficult, decisions.”

How does ABB deal with such situations? “The big question is assessing what the risks are, both for the beneficiaries of the individual plans and for the company,” says Bourqui. The answer is found in a comprehensive risk management framework, based on a customised and consistent ALM model and on scenario analysis.

The framework was developed with Ortec, the Dutch consultancy, which has a strong footing in Switzerland. Ortec has licensed the use of its technology to ABB. This allows the company more flexibility and freedom in applying the consultant’s ALM models and scenario analysis to its own needs. This way, ALM is studied consistently and independently of each plan, across all the company’s liabilities, but also taking into account the inherent differences in each plan population.

Bourqui says: “We do an ALM study for each local plan. Typically, we’ll project the plan’s liabilities and expected returns on assets based on assumptions derived from a scenario analysis. What we particularly like about this approach is that we can change the assumptions in the model.”

ABB at a glance

• Each one of ABB’s plans has its own board of trustees which decides asset allocation independently.
• Asset and liabilities are monitored on an ongoing basis by a team at its Zurich headquarters.
• The team uses a consistent approach to asset-liability management (ALM) as well scenario analysis.

In addition to that, the risk management team discusses long-term views. This involves looking at how assumptions such as discount rates or inflation are likely to change over a 10 or 20-year period.

Bourqui says that the model also takes into account disequilibrium, or how the assumptions change along business cycles. “This way we are able to adapt, not only over the long term but also in the short term. It gives us a much more realistic interpretation of the future”, she adds.

Thanks to this approach, the risk managers can project a healthy path for the funding ratio of the company and of each individual plan. This allows Borqui to bridge between the local pension plans and ABB’s finance office.

The scenario analysis element involves analysing how the asset-liability structure is likely to behave under different economic conditions. Such scenarios are defined according to economic factors such as growth, inflation, interest rates and exchange rates. “We have a whole cloud of scenarios, based on the different possible trajectories those factors can take,” Bourqui explains.

The difference between this type of scenario analysis with traditional forecasting is that there is no direct stochastic aspect to it. Bourqui says the scenario approach is particularly strong since the scenarios are checked for plausibility. The team runs scenario analyses both for assets and liabilities, projecting the funding ratio under difference plausible scenarios.

The boards of trustees of each of ABB’s pension funds manage the funds’ assets independently and in a risk-controlled manner. The risks embedded in each plans are assessed through ALM studies every three years.

However, the risks of the plans are monitored on an ongoing basis by a Zurich-based team led by Elisabeth Bourqui, head of group pensions.

The broad measures of risks taken into account by each plan include the funding ratio and the likelihood that plans will require extraordinary cash contributions, as well as the risk embedded in each individual asset class and the plan asset portfolio as a whole.

The discount rates for the DB plans are based on US GAAP standards, which means they are linked to market prices of AA–rated corporate bonds.

To comply with US GAAP, in countries with sufficient liquidity in corporate bonds the company used the current market long–term corporate bond rates and matched the bond duration with the average duration of the pension liabilities.

In those countries where the liquidity of the AA–rated corporate bonds was deemed to be insufficient, the discount rate was determined by adding the credit spread derived from an AA corporate bond index in another relevant liquid market, adjusted for interest rate differentials, to the domestic government bond curve or interest rate swap curve.

The plans’ portfolios cover the whole range of asset classes, including emerging market securities, and are invested either via funds or directly in segregated investment mandates. The plans’ real estate assets consist primarily of direct investments in Switzerland, which are held in the Swiss plans. The plans also invest in private equity, hedge funds, commodities, and cash, reflecting a variety of investment strategies.

In its 2015 annual report, ABB specified that it did not see significant concentration of risks in its pension fund assets. Based on the global asset allocation and the fair values of the plan assets, the company estimated the expected long–term return on assets to be 4.58%.

One of the fundamental tasks for ABB’s finance office is how to deal with requests for additional funding from local plans. This is where having such a detailed estimate of the company’s funding ratio over time really helps.

“When one of the DB plans asks for extraordinary funding, we have to build a strong analysis” says Bourqui. The core purpose of the risk management framework is to establish which funding requests should be prioritised.

Similarly, a local pension fund can also be in a situation where it is overfunded by regulatory standards, as the local regulator uses a different discount rate and inflation assumptions. “Then we need to have a constructive discussion with the board of trustees”, adds Borqui.

Dealing with funding requests effectively is at the top of Bourqui’s agenda, but, nevertheless, the focus is on overall funding levels, and on what should be the target asset allocation to reduce risks. “We are looking for the best portfolio, one that will push the funding ratio up, and at the same time reduce your risks.”

“We run an optimiser, which tries to find the best risk-rewarding assets with respect to certain risk measures, which we define internally.” The trick, says Bourqui, is that her team was able to define and use its own risk measures internally. “This is a key issue, as if we did not do that we would have a completely different view of risk across different countries.”

Bourqui explains that working within the US GAAP means the company uses “economic, realistic assumptions” and market-based discount rates. The key, says Bourqui, is to “deal with solvency regimes and at the same time making sure that we understand properly risk in an economic and market-based approach.”

“This approach allows us to understand what can and cannot be achieved given all these conditions, including whether the boards of trustees should stay neutral or go underweight or overweight,” she adds.

With this approach, Bourqui can open a  reasoned discussion with ABB’s finance office with regard to funding levels. “You can plan what to do about balance sheet deficit in the short term, given the path of funding levels in the long term.”

Maintaining an independent board of trustees at each of the company’s plans remains a risk from a governance perspective, regardless of the amount of control imposed by headquarters. In the US the firm’s pension plan was engulfed in a class action lawsuit against the company and the plan’s record keepers, Fidelity Investments. In a case that has run since 2006, the ABB US DC pension scheme, a 401(k) plan, and Fidelity were accused of failing to control costs for the scheme’s participants, in a breach of fiduciary duty. In particular, prosecutors argued that Fidelity overcharged ABB pension scheme participants for its record-keeping services, and that it had replaced low-cost mutual funds with more expensive ones.

While an initial ruling against Fidelity was overturned last year, ABB is still battling in American courts with the company’s lawyers having requested the Supreme Court review the case. If the court upholds the accusations against ABB, the company will be forced to pay $13.4m (€11.8m) in damages to the plan’s participants. The case is seen as a landmark one in consumer protection in the US. Last year the ABB US pension plan replaced Fidelity with Bank of America Merrill Lynch as its record-keeper.