Recently someone from the Outer Hebrides posted online a photo of a dress, the colour of which had apparently caused endless debate among family and friends. Everyone seemed to perceive it differently. The photo subsequently went viral, prompting further endless debate on Twitter, blogs, TV, and in newspaper columns and discussion forums. 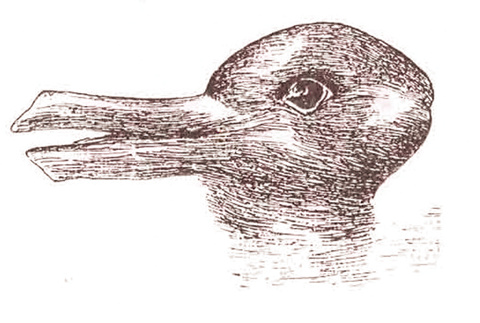 The BBC, remembering its brief to “inform, educate and entertain”, likened the dress to Ludwig Wittgenstein’s famous ‘Duck-Rabbit’ – the drawing within which viewers see either a duck or a rabbit – while ultimately pointing out that they were quite different. It turns out that the dress colour stuff is more to do with physiology and computer monitor settings than the philosophical questions that exercised Wittgenstein.

They should have looked towards the capital markets, where the last few years have seen financial Duck-Rabbits breeding like, well, like Duck-Rabbits.

Issuance of so-called hybrid securities, which have the characteristics of bonds but can be switched to having some characteristics of equity at the behest of issuers, investors, regulators or rating agencies, has taken off over the past couple of years.

Contingent convertible bonds (CoCos) started coming out of banks in volume in 2013 as a cost-effective way to meet the new Basel II capital requirements. In 2014, $174bn-worth was issued. Their new importance is signalled by the launch of the dedicated Bank of America Merrill Lynch Contingent Capital index.

Non-financial hybrids exploded even more dramatically in 2013, with issuance jumping from the usual few hundred million to $37bn. The pick-up in leverage for acquisitions accounts for some of the growth, but the real change has been the decision of rating agencies to treat them as 50% equity in their consideration of issuers’ credit quality. This gives CFOs a way to take on debt without trashing their credit metrics. In our report we ask whether the idea might be extended to sovereign borrowers – an idea floated by Greek finance minister Yanis Varoufakis – by  linking coupon payments to GDP growth.

The consensus is that CoCos are riskier than corporate hybrids. Firstly, they can indeed be written down or converted to straight equity should some regulatory capital trigger level be neared or breached. As with corporate hybrids, coupons can be suspended; unlike corporate hybrids, they allow issuers to pay dividends to shareholders even while coupons remain suspended.

Those in favour of CoCos point to the 6-7% yields but also the clarity of bank balance sheets following 2014’s European Asset Quality Review. They observe that the current pricing of corporate hybrids reflects credit metrics under the rating agencies’ current rules – rules that can easily be changed. One rule-change too many and confidence could collapse.

In the second half of our report we look at hybrids with the opposite dynamics: convertible bonds, which are credit instruments with an equity option. This sounds too good to be true, and indeed our articles detail a range of attractive attributes: they offer bond-like volatility with very little interest rate sensitivity in rising-rate environments; and some equity exposure for insurance companies that won’t blow through their Solvency II capital constraints.

Whereas CoCos and corporate hybrids are bad risk made good if you are compensated for it, convertibles are good risk made bad if you overpay for it. Interestingly, with implied volatility at such low levels, the value proposition looks good today.

In the end, there was never any doubt that everyone in the Outer Hebrides and on the internet was seeing the same dress. Wittgenstein’s argument with the Duck-Rabbit was that it wasn’t the same thing being perceived or interpreted in two different ways, but rather two different things contingently occupying the same space. If you see a rabbit, it’s a rabbit; if you subsequently see a duck, it has become a duck.

So when you look at a contingent convertible bond, do you see a bond or do you see equity? If the market prices-in elements of both, is this because every individual sees that it is a bond-equity, or because some see it as a bond and some see it as equity and the price aggregates their views? Anyone can see how quickly the Duck-Rabbit can change from one to the other and back again. That ought to give pause to investors in hybrids, or any market where contingency and optionality is at play. Perhaps, along with their Black-Scholes-Merton, they ought to dust off their copies of the Philosophical Investigations, too?