Ilmarinen, one of Finland’s two largest pension insurance companies, has won the first stage of a major deal to manage the statutory earnings-related pension scheme for OP Financial Group.

The decision came at the end of a competitive bidding process in which the country’s biggest pension insurers were invited to bid, said OP Financial Group. The company is one of the country’s main banking groups.

In a stock exchange announcement yesterday the group said it had decided to start talks to transfer the management of its pension liability, worth around €1.1bn, to Ilmarinen.

The final decision on the transfer is to be made in July, in which case it would take place by the end of 2018. 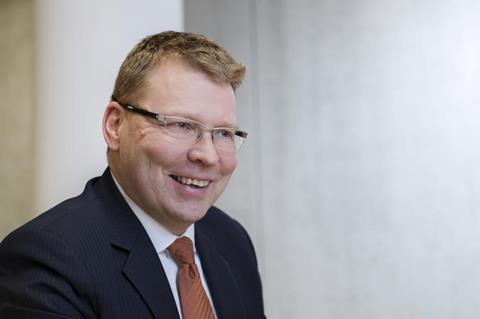 “Based on the initial plan, the remaining pension liability would be transferred to Ilmarinen at a later date, but no earlier than at the end of 2020,” the group said in its announcement.

If the transfer were to be carried out, Luhtala said it would strengthen the entire OP Financial Group’s capital base and reduce its volatility.

The pension insurance portfolio under discussion accounts for roughly 90% of the company’s total pension liability.

The transfer is subject to approval by the pension fund’s board of trustees and representative assembly, the pension insurance company, and regulators.

Since Ilmarinen’s merger with the smaller pension insurance firm Etera at the beginning of this year, it has closely rivalled fellow insurer Varma in the Finnish ranking in terms of assets under management – although Ilmarinen has a much larger customer base.

At the end of the first quarter, Varma reported €45.7bn in investment assets while Ilmarinen had €46.1bn.