For institutional investors trying to build a portfolio from the myriad smart beta ETFs providers are offering, the way forward might be a step back – to passive index investing. 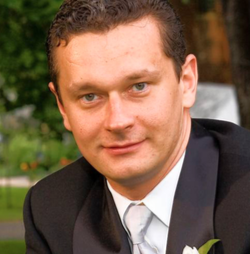 That’s the upshot of a reality check on the effectiveness of smart beta ETF strategies by financial market researcher Denys Glushkov (pictured). Taking a deep dive into the results posted by a large set of ETFs, Glushkov found scant evidence that most smart beta ETF strategies outperform traditional cap-weighted benchmarks after adjusting for risk. That raises a fundamental question about the value that smart beta strategies can add to a portfolio, since the smart beta movement is founded on claims that the approach delivers better performance than the market cap-weighted investing strategies that have long dominated institutional equity portfolio management. Smart beta proponents contend that they can harvest returns from underlying factors such as earnings quality or value that cannot be tapped by cap-weighted indexes.

This is a vital question for institutional investors. At the end of 2014, smart beta strategies comprised nearly 20% of ETF assets under management, according to Bloomberg Intelligence, and a 2015 survey by Invesco Powershares found that 62% of institutional users of smart beta ETFs planned to increase usage over the coming three years. Taking note of institutional appetite for smart beta, the Investment Management Consultants Association (IMCA) named Glushkov the winner of the 2015 Journal of Investment Consulting Academic Paper Competition for his work, How Smart are ‘Smart Beta’ ETFs? Analysis of Relative Performance and Factor Exposure. The IMCA says Glushkov’s “research results are consistent with the hypothesis that, at least among domestic equity, long-term investors can obtain similar risk-adjusted performance to that of most smart beta funds by implementing an optimal mix of a risk-free asset and a portfolio that combines passive cap-weighted exposure to market, size, and value premiums, while paying a fraction of the cost”.

Those costs can be substantial. The average cost of smart beta ETFs measured by the asset-weighted expense ratio was 70% higher – 0.41% compared to 0.24% – than that of traditional cap-weighted ETFs, implying that smart beta product providers as a whole are charging investors an additional $370m (€325m) in fees per year, according to a March 2015 paper by Andrew Ang of Columbia Business School and Pierre Collin-Dufresne of the Swiss Finance Institute at the Ecole Polytechnique Fédérale de Lausanne. Ang has subsequently joined BlackRock, a major ETF provider.

Research findings
Glushkov conducted his study while serving as research director of Wharton Research Data Services at the University of Pennsylvania’s Wharton School. He has since joined Boston-based Acadian Asset Management. He recently spoke with IPE about the research, and what surprised him about the findings, offering some unexpected insights about the role that unintended factor exposures might play in the results of ETFs on the market today. Glushkov says his findings do not call into question smart beta philosophy, but do suggest areas in product design and implementation where providers need to do a better job to ensure that the results achieved by smart beta ETFs deliver on the promise of factor investing.

Using a comprehensive sample of the performance of 164 US domestic equity smart beta ETFs between 2003 and 2014, Glushkov analysed whether these funds beat their benchmarks by tilting their portfolios to well-known factors such as size, value, momentum, quality, beta and volatility. He also tested whether smart beta funds harvest factor premiums more efficiently than their traditional cap-weighted benchmarks by periodic trading against price movements, or rebalancing against momentum in smart beta parlance.

In a nutshell, Glushkov found that while 60% of smart beta fund categories beat their raw passive benchmarks, there was “no conclusive empirical evidence to support the hypothesis that smart beta ETFs outperform their risk-adjusted benchmarks over the studied period”. What’s more, he discovered that performance of smart beta funds is also “insignificant” when compared with a risk-adjusted blended benchmark that uses existing cap-weighted funds to provide low-cost passive exposure to market, size and value factors. Smart beta ETFs “exhibit potentially unintended factor tilts which may work to offset the return advantage from intended factor tilts”, he concluded. By separating the static and dynamic effects of performance, he found that “the benefit from dynamic factor allocation is neutral at best”, a result that’s “consistent with the hypothesis that static factor exposure rather than systematic rule-based rebalancing is the main driver of smart beta ETFs performance”.

Those research findings were a surprise. “I was expecting to see much better performance vis-à-vis those benchmarks, even when risk-adjusted,” says Glushkov. “We have all these factors, and people keep discovering new factors, so what you should definitely see, if they are delivering on their promise, is that these factors basically outperform a plain vanilla cap-weighted benchmark.”

While the research documents that 60% outperform on a total return basis, “smart beta proponents would claim that we are able to get better risk-adjusted returns”, Glushkov says. “If I think I can outperform by taking on high risk, why is that necessarily something that should be touted as a new invention, or something that I can charge higher fees for? The question is, when people tilt their portfolios toward these factors, are they able to achieve better risk-adjusted performance?”

That illustrates the need to define terms carefully in order to determine the source of performance. “We have to be very specific here,” says Glushkov. “By risk-adjusted, I mean adjusted with respect to the benchmark against which the ETF is evaluated. If you adjust for the proper beta exposure with respect to the benchmark, once the proper beta is controlled for, you don’t see overwhelming evidence that [smart beta ETFs] are able to outperform on a risk-adjusted basis.” In fact, he continues, “once the beta is controlled for, in many cases you see that the total return performance is purely attributed to an ETF having a different beta with respect to a cap-weighted index”.

Blended benchmark
To test the conjecture that smart beta outperforms passive strategies, Glushkov constructed a portfolio comprised of the returns of the Vanguard Total Stock Market fund (VTSMX) prior to December 2004 and the Vanguard Total Stock Market ETF (VTI) thereafter as a proxy for low-cost passive total market exposure. To achieve size and value tilts, he used Vanguard ETFs to construct portfolios giving low-cost passive exposure to those factors. The result was an equally-weighted average of Vanguard large value, large blend and large growth funds to get exposure to  large size stocks, and a similar combination of small-cap value, mid-cap value and large-cap value for exposure to value returns. “So you have a combination that gives you bulk beta, and massive size exposure and massive value exposure,” Glushkov says. “If you construct it using ETFs, that is a realistically implementable portfolio, and using Vanguard ETFs the cost of implementation would be 7bps per year.”

That’s not to say smart beta investing has run its course. “It’s not that smart beta is bad,” Glushkov says. “But the devil is in the details. I think a problem is the current implementation of smart beta, the way the factor exposures are captured, and the way the portfolios are formed, play a huge role in terms of how this product is going to stack up against a passive mix.” When a smart beta ETF is created, for example, it’s based on an underlying index intended to reflect the return from a specific factor. But ETF fact sheets, he says, typically show a benchmark index against which ETF providers are evaluating the performance of the ETF. “Once you adjust for the beta exposure to that benchmark index, you don’t see convincing outperformance.”

In practice, this means many smart beta ETFs might be deriving performance from factors other than those stated in the product’s investment objective. Providers “have to be more careful how they form ETF portfolios”, Glushkov says. “If you want to net out a specific factor and try to make a pure bet, you’ll need to try to neutralise your exposure with respect to other factors – unless you want to explicitly bet on those other factors, and that’s a different question. But if you really want to net out pure quality, you have to try to control for value.”

Increased focus on investing in proven factors can have its own side effects.  In the quality factor, for example, “people are already betting on it like crazy, Glushkov says. “By doing  so they have already pretty much negated or even reversed the size of the premium.” While it may be a matter of too much money chasing a limited number of stocks, in the end, “it becomes more difficult to beat a simple passive mix”.