Christian Bluth is a trade economist at the Bertelsmann Stiftung, a German foundation and think tank. IPE’s Daniel Ben-Ami talked to him about the increasingly contentious topic of international trade

IPE: Why do you think trade disputes have become so heated?
Christian Bluth: Trade has been an issue with the public for a long time. That is because it has distributional consequences that can be difficult to swallow. For a long time policymakers resisted using concern over trade for their own political benefit. They realised that trade benefits society as a whole.

In recent years it has become apparent with [President] Trump and others that there is a lot of discontent out there that is linked to trade or blamed on trade. And some politicians are using it to bolster their own political support.

When you say discontent is “linked to” trade, do you mean it is being scapegoated for fabricated problems? Or is it a cause of genuine difficulties?
To some extent it is both. In the 1990s there was a palpable backlash against globalisation and trade. Trade was blamed for many job losses, although they were more often to do with automation. Many victims of automation blamed their discontent on trade.

So do you accept that there are losers from trade despite its benefit to society as a whole?
It is important to recognise trade benefits society overall. Trade brings the benefits of specialisation. It also spurs innovation. It helps knowledge to go across borders. And it has been a substantial factor in the dramatic reduction of poverty we have seen worldwide. Trade as an engine that generates wealth is very important.

But we do need to recognise it can also cause negative side effects. Maybe in the past economists were too willing to say that if the overall size of the pie gets larger then there will be enough to compensate any potential losers from trade. 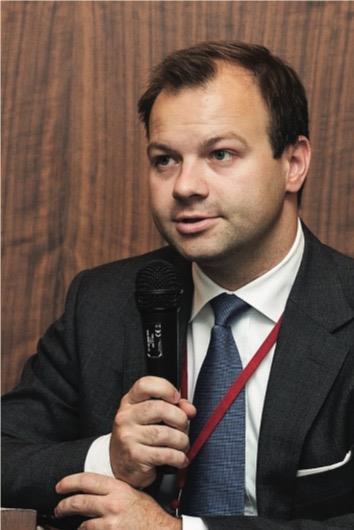 We have been a bit lazy in finding ways to compensate losers or discovering ways of turning them into winners by helping them switch to another sector. We need to strengthen and modernise the traditional safety nets that were there to catch people who lose their jobs.

What is your take on the trade dispute between the US and China?
That’s a huge question. Everyone knew China would be a shock to the system when there were negotiations on whether it should join the WTO [which it eventually joined in 2001]. The assumption was that once China was in the system it would become a more normal player.

But in the EU and the US there is a consensus that China never became a market economy. The state continues to play a substantial role – for example, through the presence of SOEs [state-owned enterprises]. Many SOEs are inefficient but for political reasons won’t leave the market. This leads to oversupply and an erosion of prices which harms private competitors.

For me, the big underlying question is how these tensions will be resolved politically. A deal should be negotiated within the WTO that would make China  compatible with the rest of the organisation. It could help resolve the imbalances that the Chinese economy creates.

However, for the Trump administration the issue is a larger one. It is pursuing a strategy for the economic containment of China. This presents a different scenario. Geopolitical rivalry is apparent. The US government is using its economic power to contain China in some strategic sectors and to limit its expansion.

Clearly the US president has been aggressive in his protectionist rhetoric. But to what extent has it been driven by Trump himself and to what extent is it a more general American drive to contain China?
What I understand from discussions with people in the US is that this [sentiment] is something you find across the political spectrum. It is not going to go away.

To what extent is Europe caught up in trade conflicts?
You see a fundamental shift in the European position. Europe is very much committed to the rules-based international trade system, it is supportive of the WTO. But you do see something changing and that is its behaviour. Ursula von der Leyen [the new president of the European Commission] has dubbed her commission the “geopolitical commission”. You also see increased demands for industrial strategy programmes in Europe.

Europe is promoting its technological sovereignty. It wants to be able to produce and provide the essential technologies itself – not to be dependent on China.

Does that mean Europe is also becoming more protectionist?
To a much lesser degree than everyone else. Where we maybe see it a bit more is in the area of [direct] investment both on the European and the country level. We increasingly see measures for the screening of investment and the possibility of blocking it.

To what extent this is an effective protectionist measure one can debate because the US has had similar provisions for a long time. Maybe it is better framed as a normalisation of Europe rather than it becoming more protectionist.

What about attitudes to Germany with its huge trade surplus? Many Germans see this as a sign of success but many critics see it as an imbalance. You are right. The current-account surplus is generally viewed by Germans in positive terms. That has something more to do with psychology. Having a surplus sounds good. It is something that is very important for public opinion.

Academic opinion on this is a bit more nuanced. The government puts forward the defence that Germany is an ageing country so it needs to save for the spending requirements of future decades. That is not wrong in principle but I’m not sure it justifies the current account at its present level.

We did do simulations on what measures Germany should be undertaking. For example, internal consumption is relatively low. Wages could rise, or there could be increased public investment, for which there is a large requirement in Germany.

None of this will fundamentally change the scale of the current-account surplus. The biggest driver is the ECB’s accommodative monetary policy. If you look at Germany alone, the euro is undervalued in comparison to what a hypothetical independent deutschmark would be. And unless the ECB’s monetary policy changes, the surplus is unlikely to change fundamentally.

What exactly does the term ‘free trade’ mean in the context of these debates?
An interesting question. One simple way to characterise free trade is the absence of tariffs. But even under the WTO regime the tariffs for most products and most countries are fairly low.

But distortions can include regulation that has just been put in place to favour domestic producers. But there are different conceptions across countries on what kind of standards are appropriate.

“Europe is becoming increasingly activist. It is adopting some of the practices seen in the US and China”

In Europe, for example, GM [genetically modified] agricultural products are shunned, whereas in the US they are accepted. It is necessary to give countries the right to regulate what the public wants or we are going to experience yet another backlash on trade. So free trade would mean removing barriers to trade while maintaining a right to regulate.

But is it really free trade if you engage in forms of protectionism other than tariffs?
That is a fair point, I guess if you are asking me whether the global trading system is free of distortion, then the obvious answer is no. Some of them do matter. Subsidies are a huge problem. Maybe this is a problem that could actually be addressed under the WTO.

I’m not so sure currency manipulation is such a big problem. For example, China has just accused the US of manipulating its currency but the IMF would argue that currently there is no evidence of such practices. I’m not convinced the allegation towards China is entirely fair. Maybe it is politically motivated.

What are the consequences of the global economy becoming increasingly digital?
It’s changing the world economy quite profoundly. I’m not sure if we’ve understood all the implications that are linked to the increased share of digital trade. I mean, it starts with the definition. I think there is no agreed definition of what constitutes digital trade.

It starts with goods trade that is enabled digitally by going through platforms. There is anything that can be downloaded from another country so I guess that is probably the purest form of digital trade. Some countries in their tariff schedules would treat music downloads in the same way as purchasing a CD. They charge a tariff on this, whereas other countries consider it a service and don’t charge a tariff on it.

A discussion is going on in the WTO on digital trade rules. It is not an easy one as the different players have different conceptions. The US is a very open data-flow environment. The Europeans bring their concerns about privacy. The Chinese bring their own concerns and, together with the US and the EU, they are the biggest digital players. It remains questionable to what extent a big global solution can be achieved in this forum.

There is an increased risk of fragmentation of the digital world. Some operators are only allowed to operate in certain jurisdictions and remain confined. Concerns about a ‘splinternet’ emerging are very real. And that is something that really should worry us.