How we run our money: Pensioenfonds KBC

Luc Vanbriel (pictured), CIO of Pensioenfonds KBC, tellsCarlo Svaluto Moreolo how the Brussels-based fund is coping with the current crisis 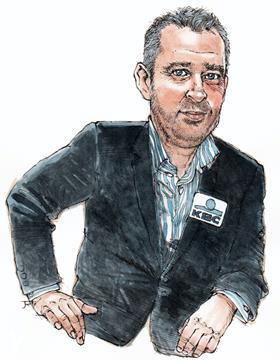 Before the COVID-19 pandemic led to a near standstill of the global economy in March, there were signs that European institutional investors were already expecting an economic slowdown. But when European governments announced lockdown measures, the already fragile financial markets were dealt a devastating blow.

It is hard to tell to what extent institutional investors were caught by surprise by the abrupt end to the memorable bull market of the 2010s. Presumably, some investors were more prepared than others. It seems that Pensioenfonds KBC, one of the largest pension funds in Belgium, had been preparing for a long time, perhaps from even before the previous crisis.

Luc Vanbriel, who became CIO of the pension fund in 2017, recalls that the organisation had implemented a liability-driven investment (LDI) strategy in 2007. At the time, he was an actuary working for KBC Asset Management, a subsidiary of the KBC Group that manages a large share of the assets of KBC Pensioenfonds.

The LDI strategy performed above expectations, protecting the defined benefit (DB) fund from the sustained fall in interest rates that followed the 2008 financial crisis. At the time, the trustees decided to place 42% of its assets in the strategy, which was leveraged up to 200%. In February 2017, the hedging level was reduced to 30%, but there are triggers in place to raise the level when the yield curve increases.

In 2007, few continental European pension funds had implemented LDI strategies, so the pension fund was ahead of its time. Now the strategy covers the full spectrum of LDI assets including inflation-linked swaps, government bonds and corporate bonds.

But in the context of the current crisis, the decision that should pay off for Pensioenfonds KBC was to allocate a significant share of its portfolio to real assets.

More recently, Pensioenfonds KBC added unlisted infrastructure to its portfolio. The strategic asset allocation target for real assets was set last year at 15%, as the fund completed the latest asset-liability management (ALM) study. At the moment, 8% of the overall portfolio is invested in the asset class, so the fund will seek further investment opportunities.

As part of the ALM study, the fund also mulled over increasing its allocation to private equity, which accounts for 2% of the portfolio, but eventually decided against it.

“I see our real estate and infrastructure investments as part of our matching portfolio, rather than our return-seeking portfolio,” says Vanbriel.

The DB fund that Vanbriel manages is closed to new entrants but KBC Group employees can still accrue benefits. The fund will have to pay benefits for over 30 years. For funds of this kind, matching liabilities with long-term cashflows from real assets can still be seen as an innovative approach.

But the benefits of investing in real assets do not stop there. As the crisis unfolds, European governments, and the EU as a whole, seem intent on investing in the real economy. They may seek to do that by pouring money into Europe’s decaying infrastructure.

Vanbriel says: “The current crisis will obviously have an impact on different strategies in the real assets space. Once the dust has settled, we will be able to determine the speed and volume of investment going into unlisted real assets. However, it is likely that more money will flow into the asset class as a response to the crisis.

So far, the Pensioenfonds KBC has invested mainly in core European infrastructure assets via funds, to avoid development and currency risk. But the fund’s focus on European assets also represented a vote of confidence in the European economy.

Today, that confidence is being put to the test. On one hand, the fund recently decided to diversify its equity benchmark away from the European and Monetary Union (EMU). The benchmark consisted of an equal split between a global index and an EMU index, but the fund has now switched to a fully global exposure.

“The reason for that decision was that we saw that volatility is consistently less in the global index compared with the EMU index. Drawdowns have been less sharp and recovery periods mostly shorter,” says Vanbriel.

The benchmark switch will be implemented throughout this year but the fund had been discussing it since well before the crisis. Other than that, as part of its response to the crisis, Pensioenfonds KBC did not make any changes to the strategic asset allocation of its DB plan, according to Vanbriel.

The equity portfolio of the DB fund, which accounts for 34.5% of the overall portfolio, has only been rebalanced to service the fund’s factor strategies and to maintain its sustainability objectives.

The fund has two smart-beta strategies within its listed equity portfolio. The larger portfolio consists of a minimum variance portfolio focusing on low-beta shares. The in-house manager of this portfolio focuses on reducing the total volatility by selecting low-beta companies.

Then there is a smart-beta portfolio based on three ‘pillars’ – evidence-based investing, economic rationale and prudent investing.

The first pillar stands for investing in low-volatility stocks with high income and good momentum, as these stocks are known for having higher Sharpe ratios.

The economic rationale conveys the fact that low-risk stocks seem to be unattractive for most managers with benchmarks. By prudent investing, Vanbriel means trading as little as possible.

Both factor portfolios have an ESG filter, implemented through a best-in-class approach.

None of the measures that will protect the pension fund from the impact of the crisis were implemented in reaction to it. “The ultimate safety net is to be well-diversified and to offload the risks that are not rewarded,” Vanbriel says.

Most funds run a number of unrewarded risks. In Pensioenfond KBC’s case, these partly relate to the benefits the funds provides in case of disease, disability or death.

The risks linked to these benefits were fully offloaded to the reinsurance market earlier this year, taking advantage of the relatively affordable pricing that was on offer before the start of the crisis.

The KBC Group also manages two defined contribution (DC) plans for its employees. The oldest was set up in 1992 and is financed only with employee contributions. The newer DC plan, which also foresees employer contributions, was set up in 2014 when the group closed the DB plan to new entrants.

The two plans have a portfolio insurance mechanism. “The plan means that if markets fall off a cliff, as they did in March, risky assets are gradually sold and replaced by cash. Thanks to that mechanism, the plans were switched fully into cash from the beginning of March,” explains Vanbriel.

The fund was not caught unprepared for this crisis in terms of its operational structure. Vanbriel says: “We had a business continuity plan in place and remote work was already part of our  routine. Therefore, the infrastructure that allows us to work effectively from our homes was already present.

Changes at the top

By a fortunate coincidence, IPE spoke to Vanbriel’s predecessor, managing director Edwin Meysmans, at the beginning of 2009, as global investors were battling the last financial crisis. At the time, the fund was contemplating whether the timing was right to bring its exposure to equities back to its strategic target.

Meysmans led Pensioenfonds KBC for 20 years. During his tenure, the fund grew from €500m to €2bn in assets. The annual average return was close to 7%.  Kurt Termote replaced Meysmans as managing director after Meysmans retired in July 2017. He was previously legal adviser and compliance officer at the pension fund and has ultimate responsibility for the governance of the fund.

The role of CIO was created for Vanbriel. Prior to taking up the role, he had a lengthy career at KBC Asset Management. He was head of structured and money market funds from October 2013, and before that he was CEO of KBC Fund Management. Vanbriel was chief actuary at the company between 1995 and 2003.

“We try to keep in touch among colleagues and stakeholders as frequently as possible. But no doubt, if this situation carries on for much longer, the psychological toll will be significant.”

“Thankfully, our managers have been good at communicating their business plans as well as their forecasts, and have been helping us with delivering ad hoc reports to our regulators.”

One of the immediate questions facing investors today is whether the strict social distancing measures applied by many governments will lead to a disintegration of the economic system.

But in a sense, the response to the crisis could lead to further integration. Vanbriel, for one, sees a potentially larger role for pension funds in the economy. He says: “Providing coverage in case of death or disability is really important. With crises like this one we are confronted with the harshness of the daily reality. However, second-pillar pension funds in Belgium can only provide additional benefits to members who are active workers.”

At the same time, the CIO seems confident that the European economy can withstand this crisis but with one important caveat.

“Obviously we will recover, sooner or later, although it is not clear to me when the recovery will start and how long it will take to get back to where we were,” he says.

“The European Union, as a whole, can play a crucial role in the recovery. But if you look at the coordination efforts in terms of medical support during the month of March, it seems that states have been fighting for medical supplies, leading to higher prices.

“Only by co-operating, EU members can gain from an economic perspective. The issue of medical support is a good example.  Europe is much stronger if it acts as one. The different member states should agree how much each country needs to borrow to cushion its economy and the degree of fiscal expansion, preferably supported by the ECB increasing asset purchases. Europe also needs a plan to boost public investment and incentives for private investment in order to attain a sustainable GDP growth.”