AP4 former CEO Mats Andersson was awarded the Légion d’Honneur at the French Embassy in Stockholm this summer – an accolade that made the international nature of his achievements plain. But with four decades of experience in the Swedish investment sector, and at the highest level, he is also deeply involved in the financial world at home. 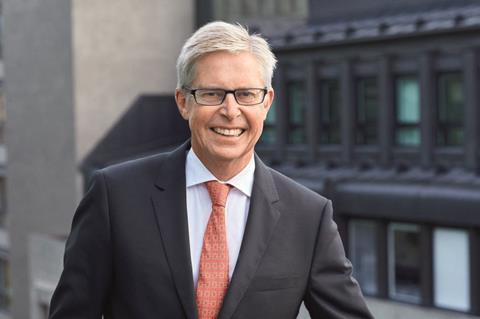 Now that reforms to the investment mandates for the Nordic country’s main AP funds are bedding in, IPE asked Andersson for his reflections on the current framework around the four national pension buffer funds.

The two-stage revamp of the investment guidelines, which was completed just after the market shock from the pandemic in March 2020, gave the funds increased scope to invest in illiquid and alternative assets.

The political decision was good, Andersson says: “If you run your business for 15 years and you have delivered, I think it’s a wise thing to let the funds have a broader mandate. Of course, when they all started in 2001, nobody knew if this would work out well or not. But after 20 years you can definitely say it has.”

Andersson played a big role in the success of the funds, which now manage about SEK1.8trn (€176bn). After graduating from Stockholm University in the 1978, and working as a credit analyst for Götabanken for two years, Andersson spent the eighties in journalism as a partner at business weekly Affärsvärlden before three stints in charge of equities at three banks, mainly as head of Nordic equities at SG Warburg and Deutsche Bank.

In 2002, he went to AP3 as portfolio manager, and four years later was installed as CEO of AP4 for what would turn out to be an eventful decade. This has included some far-reaching work on climate mitigation, which in turn prompted the Légion d’Honneur award.

Andersson’s search in 2012 for ways to mitigate climate change for AP4 as a long-term investor led him to collaborate with Amundi, MSCI and France’s FRR. Together, they came up with a pioneering transparent index-based strategy that decreased portfolio greenhouse gas emissions with almost no tracking-error risk.

The innovation made him an international figure leading change across the industry, delivering speeches before the United Nations General Assembly as well as at the landmark 2015 UN Climate Change Conference in Paris.

As for the AP buffer funds and the mandate reform, Andersson says the increased investment freedom means their strategies will probably diverge more than in the past – a branching out that may amplify the benefits of the four-fund concept itself.

“I think the only true diversification you can get is by diversifying the decision-making,” he says.

What is he doing now?

But he also points to potential pitfalls in taking on new types of asset, even though it is hoped that illiquid investments will produce a higher excess return.

“When you do change things like this, you usually have bad timing, and it might be that there is a high today and you have overvalued markets and segments. And I think most pension funds are looking for infrastructure to be a perfect hedge for liabilities and the perfect match for inflation-linked guarantees and so on.

“There will probably be three or four different CEOs inheriting it without having been part of the decision to make the investment. I also believe it’s better if you can actually be responsible for everything, but if you go for the 30-year mandate, well, you can’t know if it’s going to play out or not,” Andersson says.

Whereas in liquid markets, an investor can always pull out if an investment goes awry, an infrastructure investment must be lived with, whatever the outcome, he says.

Sweden’s model of spreading the buffer capital in the income pension system between multiple funds – largely AP funds 1-4, but also the smaller private-equity investment fund AP6 – is still debated, with differing views on the rationale behind it.

A government plan, in the latter half of Andersson’s tenure as AP4 CEO, to consolidate the funds collapsed at the end of 2015, however, following resistance from opposition parties. Andersson still believes the model makes sense.

“I think it’s good because it leads to competition and it’s easy to evaluate. But do you need four funds? Definitely not. You could do with two or three,” he says, adding that closing a fund at this point would cost more than continuing to run them all.

AP4 is as a good example of how competition between the funds works to the advantage of the whole system, he says. “We were the worst-performing fund in 2006, and then they changed the board and management and it worked well. But if AP4 had been the only AP fund, we could have had thousands of reasons why we had performed the way we did,” he says.

“The APs are extremely competitive compared to any pension funds anywhere, so it’s a very cost-efficient system and they have definitely, over the last 20 years, delivered what they should, and more, into the Swedish pension system. So it has, in my view, been a success, But again, I think politically you don’t get rewarded for that; they will always claim you are running your business at too high a cost, but that’s the name of the game.”

Looking back on his time as head of AP4, Andersson says it was fantastic to have had the opportunity to run a pension fund that big.

“And the mandate – I never understood how good it is because, according to the law, you should invest on a 30 to 40-year horizon.

“When you invest an AP fund, you should be neutral between generations. If it was only my money, then turning 67, I would say take down the risk, but if you ask my kids at 30, they would say go for risk, load up with equities. So you need to have that balance, and a long-term view,” he says.