The circumstances behind what has been billed as a “transformational” pensions agreement at UK manufacturer Premier Foods are unusual, but the deal is also the outcome of implementing a principle that can be adopted more widely, according to one of the key individuals involved.

“The principle of a group of trustees proactively looking to engage with managers of business, with thoughts around how there is an alignment of interest between shareholders and members – I think that’s a principle that would be positive and certainly something we encourage,” says Michael Chatterton, managing director of LawDeb Pension Trustees and chair of the Premier Foods Pension Scheme (PFPS).

The pensions agreement will see the group’s three defined benefit pension schemes brought together under one trust in a “segregated merger”.

In a statement announcing the deal last month, the company said the expectation was that the merger would “provide greater funding certainty for Premier Foods pension schemes’ members by leveraging the strength and scale of the successful RHM pension scheme investment strategy”.

The RHM scheme came to Premier Foods when the latter acquired Rank Hovis McDougall in 2007 and is by far the largest of the group’s three pension schemes, with 34,000 members and £4.4bn (€5.1bn) in assets under managment as at the end of March 2019. 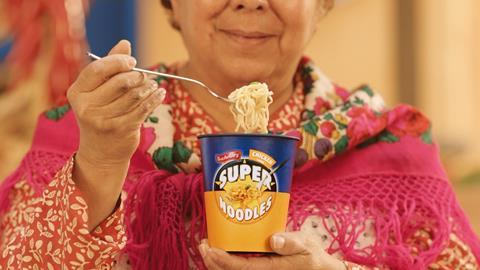 Premier Foods is behind many British household food brands

Chatterton notes that the RHM scheme has “a substantial programme of illiquids which have been delivering strong returns and are expected to do so over the next decade”.

The RHM scheme is fully funded on an accounting and technical provisions basis, and, according to the company, has been moving progressively closer to a buyout by a specialist insurance provider.

A key feature of the pensions agreement is that in the event of the RHM scheme executing a buyout, the surplus from that scheme would pass to the other schemes.

From the perspective of the sponsor, there is the potential for a significant reduction in future pension deficit contributions. According to the group, the net present value of its pension deficit reductions could reduce from the current £300-320m by up to around 45% to £175-185m.

This is based on an assumed average investment return of Gilts plus 3.25% for the RHM section of the merged scheme. The deficit contribution reductions on a low return assumption of Gilts plus 2% would be up to 17%.

According to Premier Foods, as at 28 September 2019, the merged schemes would have had £5.66bn in assets and liabilities of £5.1bn, reflecting RHM scheme’s surplus of £1.1bn on an accounting basis and the other schemes’ deficit of £481m.

The merger is subject to agreeing definitive legal documentation with the scheme trustees, with implementation expected by the end of June this year.

Duncan Leggett, chief financial officer of Premier Foods, said: “This is an innovative and ground-breaking initiative to address pension funding that is delivering huge value for the members and for the company.”

Those involved in the deal say it was a highly collaborative effort, but Law Debenture, according to the CFO, played an “instrumental” role. 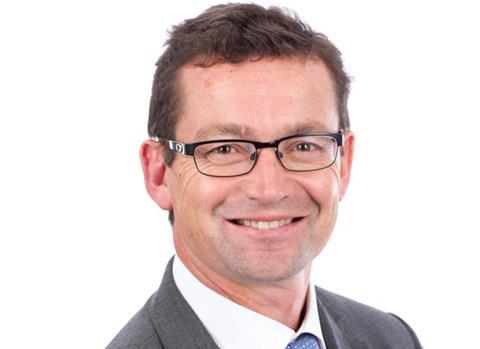 Michael Chatterton, managing director of LawDeb Pension Trustees and chair of the PFPS

Chatterton himself does not volunteer this description, but confirms that he approached the company last autumn to suggest it think about combining the three pension schemes.

“I pointed out the power of the assets in the pension funds in terms of potentially delivering returns, and that this was very powerful versus the company’s ability to make the pension deficit contributions,” he says.

At one point the company’s market capitalisation had been less than £200m, compared with more than £5bn in pension fund assets and liabilities, according to Chatterton.

“The pension funds were unusually large versus the company balance sheet,” says Chatterton. “Equally when we looked at the pension funds they were in very different positions.”

Also influencing the PFPS chair’s suggestion to the company were factors such as the company’s ongoing strategic review, the presence of activist investors on the board of directors, and talk of potential asset sales by the company.

“We wanted to make sure the pension scheme members were being thought about as part of the strategic review,” he says. “We felt that the members of the Premier Foods and Grocery schemes, and shareholders in Premier Foods had a strong alignment.”

LawDeb Pension Trustees worked with the company and in January this year it made the formal proposal about the merger.

“A large part of getting agreement on the merger was getting the RHM trustees comfortable with assuming the additional responsibility,” says Chatterton. “The company has done a lot of work to reassure them and make them comfortable they are being supported.”

“Often it’s presented that the pension fund is just a cost. I think looking for synergies is the way forward.”

On the topic of the impact of the coronavirus pandemic, Chatterton says “it hasn’t caused us to think we should stop” and the advice was that in the short-term the sponsor’s covenant is better as a result of additional demand for its products.

Asked about the potential for a deal like that at Premier Foods to be replicated, Chatterton says: “Our suggestion in general is that trustees should positively engage with management of businesses to make sure everyone understands where the pension fund sits on the balance sheet of the company and then proactively work with them and look for synergy between the pension fund members and shareholders.

“Often it’s presented that the pension fund is just a cost. I think looking for synergies is the way forward.”