Since cash yields in most parts of Europe plunged into negative territory investors sitting on cash in their portfolios face a particularly challenging dilemma – either stick with an increasingly painful status quo or change to a better but potentially unfamiliar option.

Cash holders could stick with the familiar vehicles long used to manage cash such as fixed net asset value (NAV) money market funds and bank deposits but doing so now entails accepting the European Central Bank’s (ECB) full assault on savers in the form of low to negative yields. Cash is not really safe. With a negative yield it is the only asset that guarantees a loss of capital – exactly what these traditional vehicles were designed to avoid.

Alternatively cash holders could strengthen the way they manage cash layering (that is optimising) cash based on when it will be needed. Cash required for immediate use may need to remain in negative-yielding traditional cash vehicles but the rest could be optimised by investing in higher-yielding ‘enhanced cash’ vehicles. This approach may be new and unfamiliar to some investors and it may require a bit more time and attention. But it is in our view the only way to mitigate the ECB’s assault on cash reclaiming a positive yield and thus protecting capital better. 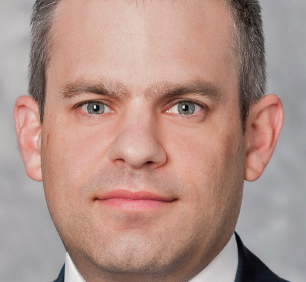 Many investors who have made greater use of enhanced cash vehicles and Morningstar data (its EUR Ultra Short-Term Bond category which includes enhanced cash vehicles saw strong positive net flows in 2015) confirms this trend. However many other investors have been slow to adapt to this new landscape where the risk/return trade-off of traditional cash vehicles has deteriorated so dramatically relative to that of enhanced cash. They are frustrated but continue to accept the painful status quo because they feel ill-equipped to establish a new and more effective cash management process.

If these investors have not already paid a high enough price to preserve the status quo they will likely be paying far more in the coming years. The ECB is printing money with its quantitative easing programme. As the incoming tide of newly printed money flows through the banking system cash yields are likely to sink deeper into negative territory. Given our expectations for this part of the market over the next few years holders of fixed-NAV money market funds could expect to potentially lock in a capital loss of between 0.10% and 0.40% a year.

Further, regulators look to be dismantling the status quo entirely, forcing even the procrastinators to face the dilemma.

Fixed-NAV money market funds will probably not exist in their current form in a few years. European lawmakers are looking to force the vast majority into a new ‘low-volatility-NAV’ structure – that is, enhanced cash.

They are also looking to impose automatic gates (withdrawal limits) and redemption fees under certain circumstances. The legislation is winding its way through the European parliamentary process. It closely follows a similar overhaul in the US which is set to take effect towards the end of 2016.

Bank deposits are also coming under intense scrutiny. Burned by bank bailouts after the global financial crisis and seeking to protect taxpayers in the future European lawmakers are determined to codify the way in which a failing bank is resolved. The mantra driving the legislative push is ‘bail-in the rule bailout the exception’. This means clearly defining a ‘bail-in cascade’ that places non-retail depositors explicitly on the table for haircuts should a bank get into trouble and require capital injections. 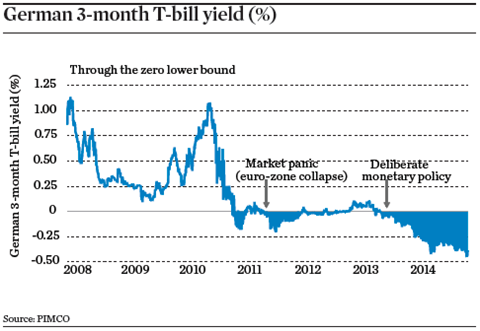 If that does not scare away depositors, banks may reject them outright. Part of the new Basel III bank regulations includes what is called the liquidity coverage ratio (LCR). This penalises banks for funding themselves with excessive levels of non-retail deposits rather than longer-term debt. JP Morgan famously announced early in 2015 that it was to shed $100bn (€95bn) of deposits because of these penalties. Some of the larger European banks are starting to respond in a similar way.

If investors need all of their cash tomorrow then they are bound to use overnight cash vehicles with a fixed NAV. But those that have greater control and predictability over their future cash inflows and outflows could have the luxury of being able to move out of negative-yielding overnight cash into higher-yielding enhanced cash vehicles. The greater NAV volatility that is associated with these vehicles can be treated as noise.

For example an investor holding cash that will not be used for another three to four months ought not to earn less than nothing in overnight cash paying an extraordinary price (negative yield) for an advantage (no mark-to-market volatility) that offers no practical benefit. Rather an investor may want to move those cash holdings into enhanced cash vehicles and earn a higher yield. Even if these enhanced cash vehicles suffer a temporary drawdown in NAV which might last as long as a few months, the NAV will likely fully recover before the cash is required for use. So even under this worst-case scenario the investor would likely be better off.

Based on our analysis, investors who are able to swap their traditional cash holdings for enhanced cash vehicles could potentially earn a yield of between 0.25% to about 0.75% in excess of cash.

It is no wonder then that many policy responses following the 2008 global financial crisis focused – either directly or indirectly – on strengthening the way money markets operate. But in reinforcing this most vulnerable section of the bridge, policymakers may be ending some of the key benefits that money market investors had reaped with little appreciation for decades. In our view, the risk/reward profile of traditional cash vehicles both fixed-NAV money market funds and bank deposits, for example, is and will likely continue to be painful for a long time to come.

In the final analysis, the sooner holders of cash recognise this and take action the better off they are likely to be.