Companies’ and investors’ risk aversion is stymieing a reduction in executive pay to levels that could be more palatable to wider society, a report from the High Pay Centre and human resources professional body CIPD has suggested.

The report, which focuses on the role of remuneration committees and how they should be reformed, was released to coincide with what has been dubbed “Fat Cat Friday” in the UK.

In their report on remuneration committees, the organisations said risk aversion was “the key barrier to addressing problems with executive pay”.

Interviews with “stakeholders in the pay-setting process” indicated that company representatives were wary of the impact of reducing executive pay to a level that might be deemed acceptable to wider society, the CIPD and High Pay Centre said.

While it was understandable that companies – and investors – were wary of any upheaval resulting from the loss of key staff, there were also “strong grounds to think that they are being overly cautious”.

There was a “myth of super talent” that continued to drive excessive pay, according to the CIPD and the High Pay Centre. The pressure to attract and retain supposed rare talent was much lower than often suggested.

Andrew Ninian, director of stewardship and corporate governance at the Investment Association (IA), said there had been “continued shareholder discontent on executive pay” last year, with 63 companies appearing on the trade body’s public register of shareholder votes for pay-related issues in 2018.

“This is a result of shareholders feeling they are not being listened to,” he said.

The public register is a register of FTSE All Share companies where more than 20% of votes on any resolution at an AGM or other general meeting were against management.

“Companies need to do more to respond to shareholder concerns and ensure pay rewards align with company performance and remain at levels that are justifiable to shareholders,” Ninian added. 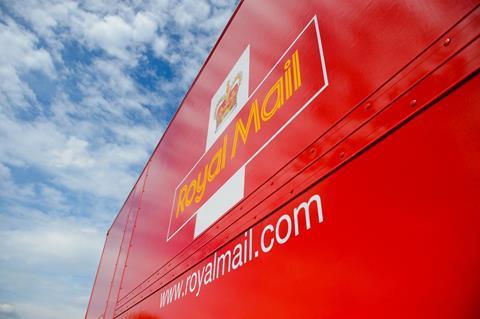 The UK asset management trade body previously reported that there had been a sharp increase in shareholders “rebelling” over FTSE 100 pay last year, with shareholders expressing “significant dissent” over twice as many pay-related resolutions at company meetings as the year before.

Housebuilder Persimmon and Royal Mail were some of the companies hit by such dissent – the latter’s remuneration report was rejected by 70% of recorded votes, and the former’s by just under 50%.

The CIPD and High Pay Centre recommended that the existing remuneration committee model be reformed as the current approach meant “’opportunity costs’” were being incurred.

Recommendations included that companies consider establishing a formal “people and culture” committee in place of their remuneration committee, and that companies formally assess their non-financial performance.

Also, executive pay should be based on a less complex system of basic salary plus “much smaller” restricted share awards to replace the default model based on “complex, time-consuming” long-term incentive plans (LTIPs).

LTIPs are arrangements that award shares to top executives if specified performance criteria are met, and are a core component of executive pay. Restricted share plans are rare and are not based on set performance conditions. In turn for being guaranteed, share awards are generally lower and payouts delayed for longer than under LTIPs.

According to the IA, a majority of its members were willing to consider restricted share plans, but their support was “clearly dependent on the strategic rationale for restricted shares at that company as well as other conditions being in place”.

UK-listed engineering company Weir last year received the backing of more than 90% of shareholder votes to move from an LTIP to a new remuneration policy based on restricted share awards.

The CIPD-High Pay Centre report can be found here.