The Church Commissioners for England and other institutional investors have welcomed a position statement from commodities giant Glencore significantly strengthening its commitment to combat climate change.

In a first for the mining industry, Glencore has agreed to align its business and investments with the goals of the Paris Agreement on climate change, limiting global warming to less than 2˚ above pre-industrial levels and to achieve net zero emissions in the second half of this century.

The mining giant has also undertaken not to grow its coal production capacity.

The move followed engagement with institutional investors participating in Climate Action 100+, an initiative by investors with over $32trn (€28.2trn) in assets under management.

This engagement was led by the Church Commissioners, which manages the Church of England’s endowment fund, with active participation from Investec Asset Management and bondholders Kempen. 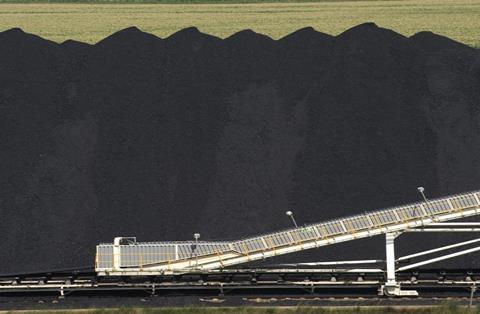 Glencore’s Goedgevonden mine in South Africa

Other commitments made by Glencore include:

Edward Mason, head of responsible investment for the Church Commissioners, said: “Delivering on the goals of the Paris Agreement requires unprecedented collaboration and the announcement is a positive step forward for Glencore, its investors and the fight against climate change.

“Investors will now want to hold the company to its commitments, and to ensure that the methodology for determining the company’s alignment with the Paris goals is robust.”

Jeanne Martin, senior campaigns officer at ShareAction, said: “The announcement is a good step forward for Glencore, which for far too long refused to come out in support of the Paris Agreement.”

However, she added: “The Intergovernmental Panel on Climate Change has made it clear that coal has no role to play in a low-carbon future, a finding seemingly at odds with Glencore’s recent coal acquisitions and own production forecasts for thermal coal. ShareAction will watch closely to make sure Glencore stays faithful to its commitments.”