As Italian pension funds await publication of the final details of the new EU pensions regulation, many are wondering if there will be enough time to get everything in order by deadline.

The EU’s IORP II directive for workplace pensions was enshrined in Italian law within legislative decree 147/2018, itself an update of the country’s main pension regulation, decree 252/2005. Now the pensions regulator COVIP is in the process of refining the rules, in the light of responses garnered from stakeholders in the consultation following publication of the initial set of regulations at the end of March.

Once the finalised regulations are revealed – expected  soon – pension funds will be able to begin making the changes required.

However, as things stand, the deadline for compliance with the IORP II rules is end-2019. Taking into account the summer break, funds will likely only have four months to have everything in place.

Claudio Pinna, head of retirement consulting business in Italy for Aon, believes those expecting an extension of the implementation deadline are set to be disappointed. “My feeling is that the supervisory authority is taking a very strict approach, and if they do allow a delay it will not be long, perhaps just some months,” he says.

Italian pension funds are not starting from zero, however, as the new legislation contains many components already incorporated in previous pensions reforms.

The new governance and transparency rules outlined by COVIP in March, deriving from decree 147/2018, require pension funds to analyse their own organisational structure and make appropriate changes so that the structure accommodates the fundamental functions required by IORP II.

In particular, these are the risk management function, the internal audit function and, where relevant, the actuarial function. More generally, the watchdog says, funds need to ensure that internal procedures clearly and appropriately define the tasks and responsibilities of the various parties working for the fund, avoiding overlaps.

Regarding transparency, under the new rules, pension funds’ governance systems also have to ensure the orderly dissemination of relevant information, and the timely reporting of any malfunctions to the competent body to put corrective measures in place.

Published in the draft framework, COVIP emphasised that it is up to each pension fund to define, in concrete terms, a coherent and functional approach to create a future structure taking into account its own particular characteristics.

In the new rules, COVIP also pointed out that the new provisions are being imposed within an existing framework that is already firmly based on the principles of clarity and transparency. But it did not see a need for funds to increase the use of websites and IT to disseminate information and improve communication.

Cometa seeks risk managers
Italy’s largest contractual pension fund, Cometa, which covers workers in the metals industry, has already taken a first step towards meeting the new requirements, putting out a search in June for risk managers as part of its work towards meeting the new IORP II rules. But because the regulations may still change, most pension funds are still analysing the situation. Most are likely to outsource the new functions they will have to include, says Pinna, although they may choose to internalise the work at a later stage.

The stipulations on ESG, Pinna says, represent another area of the new regime where Italian pension funds have work to do before the deadline. “Most of them will have to review their statement of investment principles to make sure they align fully with the new rules,” he says.

Andrea Mariani, the director general of Italy’s Fondo Pensione Complementare Pegaso, the contractual pension fund for employees in the utilities sector, sees a big task ahead. “The adjustment made necessary by the implementation of IORP II requires a significant undertaking from the pension fund and will undoubtedly involve the need for additional resources,” he says.

The changes his fund will have to make as a result of the new rules relate to the governance of the pension fund both from the organisational and documentation point of view, as well as on the control function side, he says.

Mariani says that if the deadlines indicated in the guidelines set out in the March consultation are confirmed, there should be sufficient time to implement the new rules. “But it requires a major effort from the pension fund,” he adds.

Aon Italy estimates the implementation of IORP II could cost Italian pension funds about €100,000 each, depending on their specific situation.

And as the IORP II regulations come in, the extra burden they add to existing compliance demands could trigger some consolidation at the smaller end of the pension fund sector, Pinna predicts, although others could even be motivated to exceed the new requirements. 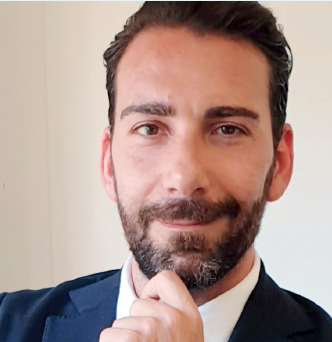 “Most of the large pension funds could take IORP II as an opportunity to further improve the governance of their programmes,” he says.

Silvio Bencini, managing partner at European Investment Consulting, says that while pension funds will have to define the scope of the risk management function as well as reviewing all processes to address operational risks, the Italian regulatory framework for occupational pension funds is one of the most advanced in Europe. “For instance, transparency requirements and information to beneficiaries are already very detailed,” he says.

Lorenzo Cicero, lawyer within the regulatory and institutional section at the Rome think tank Mefop, is positive about the set of changes IORP II will bring about for the industry. “IORP II presents a defining reform for the sector and Italian pension funds are ready for the evolution,” he says.

“Italian pension funds are already living up to the new European rules about information and transparency; as for the rest, it will be necessary to adapt their own governance to the new legislation, he says.

Cicero does not accept it should be complicated for Italian pension funds to meet the requirements at this point, because so much of the substance of IORP II has already formed part of previous pensions regulation.