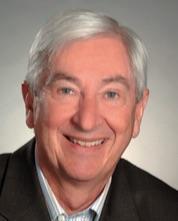 Thought leadership is a well worn term but one sure practitioner in the pension fund world is Keith Ambachtsheer, who has been voted by our readers as winner of this year’s IPE Gold Award for outstanding industry contribution. He is perhaps most familiar to many readers as author of the Ambachstheer Letter, the four-page agenda-setting think piece commentary that he has written every month since 1985. And the arrival of his third book, Pension Revolution, which was published earlier this year, was something of an event in the pensions world generally.

“Pension Revolution not only explains the shortcomings of the existing pension system and the underlying design features that have resulted in the current pension upheaval,” wrote James Poterba, professor of economics at Massachusetts Institute of Technology and a member of trustee board of the TIAA-CREF fund. “It also offers thoughtful and creative suggestions for prospective pension design.”

Also commenting on Pension Revolution, Peter Moon, CIO of Universities Superannuation Scheme in the UK, said Ambachtsheer has “constructively and comprehensively challenged conventional wisdom. He has done this so effectively that many of his initial thoughts have now become universally accepted norms.”

In Pension Revolution, whose partial basis was ideas first espoused in the Ambachtsheer Letters, he set out to chart pen- sion funds’ organisational issues as an answer to the “legitimacy question” that Peter Drucker posed in his 1976 work The Unseen Revolution: How Pension Fund Socialism Came to America. Part of Ambachtsheer’s answer is “TOPS” – The Optimal Pension Scheme.

In fact Ambachtsheer met Drucker shortly before Drucker’s death in November 2005 when he was researching Pension Revolution. If Drucker anticipated presciently back in the 1970s the financial clout that pension institutions would enjoy in 30 years’ time, Ambachtsheer has set out to help pension funds become the organisationally effective institutions in order to make best use of their new-found clout and to fulfil their mandate most effectively.

In voting Ambachtsheer as the recipient of this year’s outstanding contribution award, IPE’s readers have recognised the way that his role as strategic catalyst and a true unorthodox thinker has delivered advice that has inspired them both in its tenor and in the simplicity of its communication and delivery

Although his firm has some 135 clients across the globe, Ambachtsheer’s influence and thinking has a loyal and firm following on the old continent. One reason for this is Ambachtsheer’s own heritage - he was born in the Netherlands, hence his name, but his family emigrated to Canada in his childhood.

Indeed, it was a family event in the Netherlands in 1995 that set off the chain of events that was to spark his interest in the Dutch retirement system and usher in a period of close contact with Europe, and the Netherlands in particular.

Nowadays his travel schedule takes him far from his Toronto home base. Last month he attended an event in Maastricht jointly organised by Netspar and Rotman International Centre for Pension Management, where Ambachtsheer is founding director and adjunct professor of finance. November also sees him in Australia and Brazil.

The family occasion in 1995 in Rotterdam that initiated business contacts that led to the development of a Dutch and wider European client base for his KPA Advisory Services firm was one of the serendipitous events in Ambachtsheer’s career that he calls the “black swans”.

The first one, he says, was joining Sun Life Assurance Company in the late 1960s after leaving graduate school at McGill University. The firm wanted to know about modern portfolio theory as espoused by the likes of Markovitz, Sharpe and Black, and the young Ambachtsheer’s mandate was to find out what practical application it could have on Sun Life’s investment portfolios. In 1981 he co-founded Pension Finance Associates together with Don Ezra, who later went on to work for Russell.

“We were doing that in the 1980s,” notes Ambachtsheer, somewhat bemused by the “reinvention” of concepts like liability driven investing. Together with Ezra he charted a course that was ahead of its time, looking at areas such as sponsor balance sheet risk and mark to market accounting.

But Ambachtsheer says he was not that cut out for “feast or famine” traditional advisory work and so he set up KPA Advisory in 1985. CEM Benchmarking followed in 1991. “The 1980s took me away from traditional pension consulting,” he recalls. “Now I act as a strategic catalyst for organisations.”

In voting Ambachtsheer as the recipient of this year’s outstanding contribution award, IPE’s readers have recognised the way that his role as strategic catalyst and a true unorthodox thinker has delivered advice that has inspired them both in its tenor and in the simplicity of its communication and delivery.