When a shift in sentiment begins, the euphoria does not dull universally; rather, the centre remains lustrous, while the edges are the first to fade. The latest manager sentiment poll suggests that, on the surface, all is well; the post-US election theme of strong confidence in rising equities and falling bond prices persisted for another month. However, at the periphery, the picture is beginning to dull.

It looks certain that for another month yen, sterling and euro bond prices are probably not going to rise. At only one other time in the last two years have the cumulative differences between expectations of prices rising versus declining been as high as the recent survey period, and that was in the previous survey report. However, there is one difference, and to say it is at ‘the periphery’ is ironic. The expectations for stability of euro bond prices fell by the most since 2014. 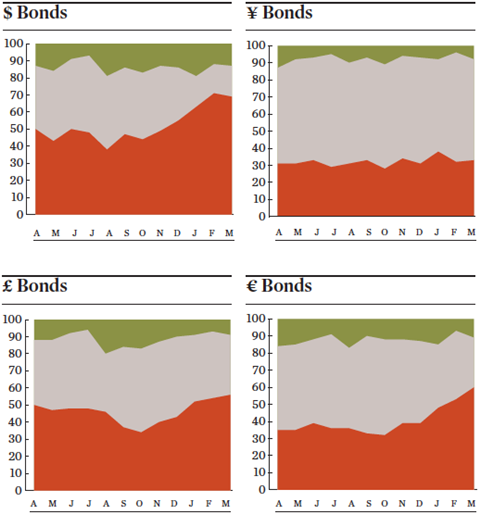 Half of those surveyed expect US equity market gains to continue. Euro-zone and Japanese equity prices look even more certain to increase, and confidence in gains are still in the majority for the rest of Asia. But sentiment towards the UK is in rapid decline. While expectations for stability remain the norm, there was an increase in those expecting a fall at the expense of those expecting gains. 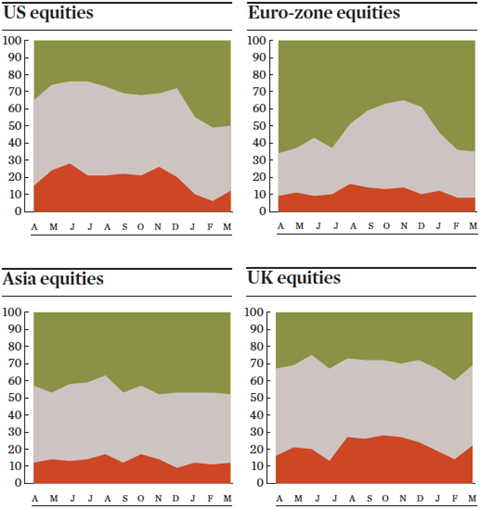 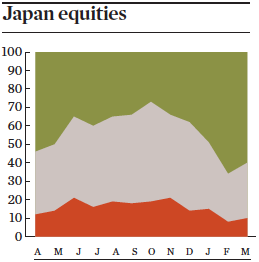 The dollar is resurgent. While green carries with it a specific emotional trait, the dollar’s shine has persisted; aided by relative economic strength and the perception a new US administration would continue this trend. Here is where an erosion of sentiment is worth noting. Managers’ confidence in a strong dollar is back where it was before Donald Trump became president. With other cracks in certainty beginning to show, 2017 should be interesting. 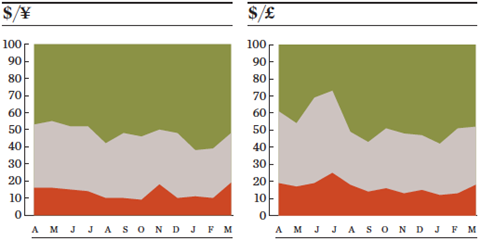 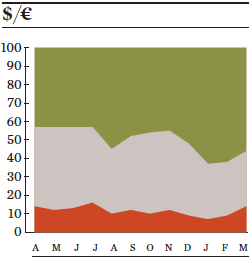