Irish policymakers should “not to take their foot off the gas” regarding pension system reforms to ensure the country does not fall further behind its targets, the head of the country’s pension fund trade body has said.

The government has met just six of 35 target deadlines it set out last year in its ambitious “roadmap” for reform Ireland’s pension system, according to the Irish Association of Pension Funds (IAPF). Among its planned reforms are the introduction of a national auto-enrolment regime for pension funds, and the implementation of the EU’s IORP II directive.

Addressing a conference in Dublin yesterday, Eunice Dreelan, chair of the IAPF, said: “I believe it is fair to say that the mood of optimism that was felt at the launch of the roadmap last year has changed to one of frustration. We are asking government to continue its consultation, to ensure the aspirations of full pension coverage for workers in Ireland is effectively achieved.

“All stakeholders should be looking at this through the prism of the pension timebomb that is ever present in Ireland today. This is a can that we cannot afford to kick down the road. We need to keep momentum going if we are going to get the policies that are needed across the line. The government simply cannot take their foot off the gas.

“Practically speaking, items on the public agenda often come to an abrupt halt over the summer months, but we cannot afford to let this happen.” 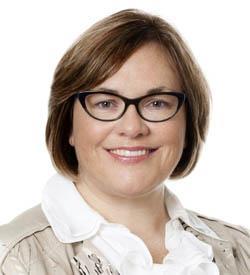 Earlier this year the IAPF warned there had been little action from the government on its pension reform targets, and lamented a lack of communication from policymakers.

The government has yet to publish its finalised framework for an auto-enrolment regime, and has not yet implemented the IORP II directive. The EU’s deadline for implementation was January.

IORP II was “one of the most urgent matters” for ministers to address, the IAPF said, as it was set to introduce demanding new governance and disclosure requirements for Irish pension schemes.

The uncertainty is of particular concern to Ireland’s smallest pension schemes, which could be hit with a wave of new requirements from the directive. The EU allows for schemes with fewer than 100 members to be made exempt from the directive, but the Irish government has indicated that it does not intend to invoke this exemption.

“While the government has indicated that it does not intend to avail of the derogation, we do not think that this is the most appropriate course of action at this time,” Dreelan said.

“Adding onerous and costly regulatory requirements to smaller schemes throughout the country at this time will result in employers opting to simply discontinue these schemes, without putting any alternatives in place, instead favouring to wait until the auto-enrolment initiative is rolled out – which at the earliest will be three years from now.”

Regina Doherty, minister for employment affairs and social protection, told a separate industry conference this week that Ireland was at an “advanced stage” of drafting legislation to implement IORP II.

Dreelan, director of strategy and change at Irish Life Financial Services, took over as chair of the IAPF from Peter Fahy this month.