Joseph Mariathasan: Are consultants the referees or the players?

The news that the UK’s Financial Conduct Authority (FCA) has decided to refer providers of investment consultancy and fiduciary management services for a market investigation should perhaps not come as surprise.

Everyone assumed the investment consultants were fulfilling that function. But having waded onto the games pitch, they have started taking off their referee shirts and putting on team shirts as they started offering fiduciary services, thereby competing directly with the teams they were thought to be refereeing.

The UK government can be thought of as the game designer, but it is also a player. Governments, unfortunately, often have a short-term horizon geared to a five-year election cycle, rather than the 30 or more years required to adequately deal with the issue of how to ensure the retired population in future years has an acceptable standard of living. It is easy to get bogged down in the details of demographics and myriad tax-driven pension and savings inducements.

Back to our game. The trustee team thought they were investing pensions to produce decent returns over the 30- or 40-year span of the pension funds for which they are responsible.

Then they were told to forget about returns: what they were actually facing was a pure risk management problem of paying out fixed liabilities. They should be matching future liability cashflows with government bonds, no matter what the yield (and hence price). As a result, the trustees ended up behaving as a team in a way no person in their right mind would do as an individual. 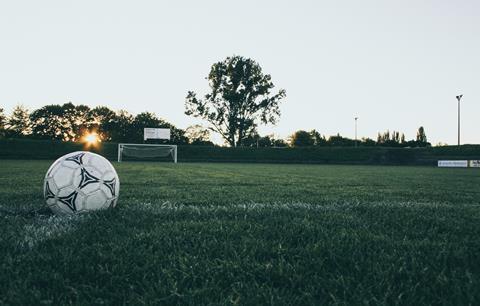 Fund management teams come onto the pitch with one clear objective: to maximise their business profits. It may not always seem that way to the trustee teams, however.

Managers seek to differentiate themselves from each other to seek competitive advantage. They also judge themselves against each other or, more significantly, against an index, which is a proxy for the rest of a universe of other fund managers. Underperformance against an index or against a peer group when figures are available represents a significant business risk for a firm. It can be the driver behind rapid growth – or, indeed, rapid decline over time periods of a few years, the timeframe that an ambitious executive needs to show success (or at least avoid being bottom of the class) and ensure the next rung up of the career ladder is reached.

What that means is that fund managers end up sticking closely to an arbitrary index which has little relationship to pension scheme liabilities and hence end up investing in stocks they don’t like on the spurious grounds of “risk management”.

The company teams have joined the game and come onto the pensions pitch only reluctantly. Like unsporty schoolboys, they would rather be somewhere else: drilling for oil, playing with trains, and so on. Faced with the challenge of making defined benefit schemes work in a hostile environment, they substituted themselves as quickly as they could.

Pensions, of whatever form, represent a transfer of wealth: from those who are producing income and wealth to those consuming it. That holds true whether an individual relies on a private pension, a company pension, or a state one.

In an open economy, current generations of workers can divert savings to investments in foreign countries with far younger populations. The transfer of resources can occur from workers in one country to pensioners in another. This can be attractive from both parties’ viewpoints if the initial investments give rise to good returns. That would suggest a large exposure to emerging markets.

It also means that articles and reports on how the present day valuations of public sector pension schemes have increased so much because of reduced interest rates to levels which are unsustainable misses the point. What matters is what future share of the tax take public sector pensions will draw upon – and that is not a function of interest rates, but rather of the size of the working population and the growth of GDP.

Perhaps the Competition and Markets Authority, when it undertakes its investigation, needs to consider what games all the teams on the pension industry’s pitch should be playing, as well as what the referees should be doing.