Joseph Mariathasan: Facing the challenges of the Middle East

The “War on Terror” announced by then-US president George W Bush after the 11 September 2001 attacks has been often characterised as essentially a war against militant Islamic fundamentalism. Unfortunately, a lack of understanding has led to negative associations with Islam as a whole, exemplified by current president Trump’s suggestion at various times of a temporary ban on all Muslims entering the US.

Europe faces the consequences of the disruption caused in the Middle East since the US invasion of Iraq, the removal of a stable (albeit very unpleasant) government in Libya, and the chaos in Syria caused by the attempts to remove another, very unpleasant regime. Home-grown terrorists have been created through the dissemination of a narrow virulent set of beliefs that are contrary to what the mainstream set of beliefs of Islam has been throughout the history of their religion – so goes the premise of Ed Husain’s book The House of Islam: A Global History.

Husain argues that there are ways forward that could conceivably bring peace and stability to the region. What is absolutely clear, however, is that causing violent regime change without any plan for post-war stable and just societies has been a recipe for disaster.

Creating such societies does not consist of simply holding an election in countries with little history of democracy, and without the institutions such as a free press and an independent judiciary that underpin stable democracies.

The historian Niall Ferguson, in his book Colossus: The Rise and Fall of the American Empire, makes the point that the US has invaded and occupied many countries over the past two centuries, yet in terms of their economic and political institutions, relatively few of these have evolved into anything remotely resembling miniature Americas. That may be unduly harsh, given the post-war occupations of Germany and Japan which have led to stable democracies, but there are few other examples.

Ferguson sees three fundamental deficits that together explain why the US has been a less effective empire than its British predecessor: its economic deficit, its manpower deficit, and – most serious of the three – its attention deficit.

It is the latter that is most responsible for the chaos in the Middle East. Solving the issues requires deeper understanding and longer timeframes than the US has ever been prepared to give. Perhaps, unlike the British, the problem with the US is not that they invade a country to create regime change, but that they then leave too quickly without leaving time to build up the institutions that underpin democratic societies.

Removing Saddam Hussein from Iraq without any plan for what should happen next has been the clearest example of this. Minorities in Iraq and Syria have sheltered to a great extent under the regimes in power. Iraq’s Christians, estimated at 1.5m and one of the oldest continuous Christian communities in the world, fled in their hundreds of thousands after the US invasion led to increased violence against them.

William Dalrymple, in his book From the Holy Mountain, follows the journey of a Byzantine monk around the Middle East and laments the destruction of Christian communities throughout what used to be its heartlands. Short-sighted foreign policy decisions by the US and European powers have not encouraged the creation of pluralist societies in the region.

So what can and should be done? Ed Husain gives some valuable advice that is worth discussing, even if some of it may sound naïve. 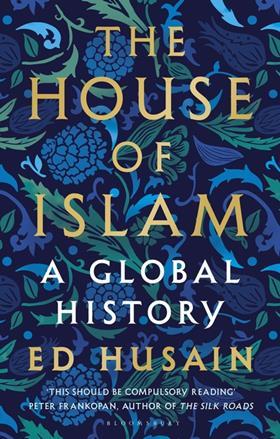 First, he thinks that the US and European powers should assist in the creation of a Middle East Union akin to the EU. As he points out, conflict in Europe was eroded through growing interdependence on each other for trade, security and prosperity. These were the founding principles for the creation of what is now the European Union.

His second suggestion is more controversial, advocating a Muslim Marshall plan. The war in Iraq was estimated to cost the US $2trn, according to an estimate from the Congressional Budget Office in 2007, but no economic reconstruction plan for the region has been conceived. But, as the author admits, if Arabs, Turks, Kurds and Iranians do not expedite the creation of a Middle East Union, then responsibility for the breakdown will be theirs: “The West cannot be held accountable for the failings of a divided people.” It is also difficult for politicians to justify financing a Middle East reconstruction fund when the oil states within the region have the resources themselves.

Perhaps the most significant suggestion that Husain makes is the requirement to expel the violent extremists from within Islam. “The House of Islam is on fire – and the arsonist still lives there”, he declares.

By that, he means the violence of Salafi-jihadis who, in the earliest days of Islam, were known as Kharijites, or outsiders. They were, he says, declared to be non-Muslims by Muslim scholars. As Husain points out, Salafi-Wahhabism is the prevailing Islamic movement in Saudi Arabia today, yet represents less than 5% of the world’s Muslims. The reason it has become such a potent force is that Saudi Arabia has spent an estimated $200bn of its oil wealth in recent decades strenuously propagating its hard-line theology around the globe. “The 1749 allliance between the Saudi royal family and Wahhabi clerics must be nullified,” argues Husain.

Europe and the US are living with the consequences of short-term responses to the problems of the Middle East. The House of Islam should be required reading for any European or US politician attempting to deal with the instability and violence in the region that shows little sign of abating.