Joseph Mariathasan: Sri Lanka, radical Islam and what comes next

The tragic Easter Sunday bombings in Sri Lanka were a surprise and a revelation to both Sri Lankans and the world at large.

For many outside the country it was a surprise that Sri Lanka even had a Muslim population. For those in Sri Lanka, it was a revelation that local Muslims would target Christian churches when there had been no domestic history of tensions between the two religions – both of which have followers from many different ethnic communities within the country.

Quite apart from the trauma and distress caused to those innocents who were killed or injured, their families and friends, the bombings have had an immediate impact on the tourist industry, which accounts for around 5% of Sri Lanka’s GDP of around $84bn (€75bn).

Countries including the US, UK, China and Australia – whose citizens account for a substantial proportion of the roughly 2m tourists that visited Sri Lanka last year – have issued travel warnings recommending citizens stay away for all but essential travel.

The situation is grievous, but the country has seen worse: it is still in the process of recovering from decades of civil war. The conflict between the Tamil Tigers and the government during the 1990s and 2000s culminated in the defeat of the Tigers in 2009, but the memories are still fresh and raw.

There were also two communist-inspired uprisings against the government in 1971 and 1987-89, which also led to the deaths of thousands. Yet in all these conflicts, foreigners and Christians were never explicitly targeted. That is in contrast to the Easter Sunday bombings, aimed at a mixture of high-end hotels frequented by foreigners, and local Christian churches. 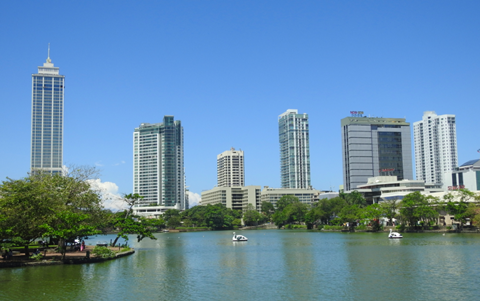 The bombings represent something inspired from outside the country, namely radical Islam in the form of ISIS – even if it was undertaken by locals. That is a relief for Sri Lanka, since it is likely that the bombings are not the precursor to another civil war, any more than the attacks in Paris in 2015, or in Manchester and London in 2017, were in France and the UK. This suggests that travel warnings, while necessary in the immediate aftermath, should be able to be relaxed within a relatively short time.

What was most galling for Sri Lanka was the subsequent reports of incompetence and negligence of the divided government that allowed the bombings to go ahead, despite repeated warnings.

With presidential elections due to be held later this year, the chaos has political ramifications: Gotabaya Rajapaksa, the former defence minister under his brother, president Mahinda Rajapaksa, was responsible for defeating the Tamil Tigers in a bloody climax that resulted in the deaths of thousands of civilians. He is accused of war crimes, but has used his ‘strong man’ image to announce a campaign for president, claiming he will stop the spread of Islamist extremism by rebuilding the intelligence services.

While the bombings may have no long-term implications for Sri Lanka – apart from contributing to a more volatile atmosphere ahead of the presidential elections – they do have much more serious global implications.

There is no doubt there will be more terrorist attacks linked to radical Islam, but they are unlikely to be in Sri Lanka. They could be anywhere else in the world where radical Islamic influences have been ignored and allowed to flourish.

The more worrying danger may be just across the Palk Strait in India, with evidence that some of the Sri Lanka bombers had been indoctrinated and trained there – although at least its intelligence services were more competent than their Sri Lankan equivalents, according to reports.

“The House of Islam is on fire – and the arsonist still lives there,” declares Ed Husain in his book The House of Islam: A Global History – a reference to the violence of Salafi-jihadis who, in the earliest days of Islam, were known as Kharijites, or outsiders.

They were, Husain says, declared to be non-Muslims by Muslim scholars. Yet it is the rise of that philosophy across the globe that is fuelling Islamic extremism. As Husain points out, Salafi-Wahhabism is the prevailing Islamic movement in Saudi Arabia today, yet represents less than 5% of the world’s Muslims. The reason it has become such a potent force is that Saudi Arabia has spent an estimated $200bn of its oil wealth in recent decades strenuously propagating its hard-line theology around the globe.

“The 1749 alliance between the Saudi royal family and Wahhabi clerics must be nullified,” argues Husain. For Sri Lankans, the evidence of that relationship is all too clear, as novelist Ameena Hussein wrote earlier this month in the New York Times.

It is not travelling to Sri Lanka that we need to be worried about, but rather how to stem the growth of a violent creed that has distorted Islam. Husain declares that “we need to cleanse our mosques, publishing houses, schools, websites, satellite TV stations, madrasas and ministries of Salafi-jihadi influences”. That is a generational struggle, yet it needs to be done even if it causes a rift with Saudi Arabia.

Shia Iran may be a pariah nation to the US at least, but it is a hard-line Sunni Islamic nation, supposedly an ally of the West, whose wealth has propagated a terrorist philosophy that the world struggles to contain.