Joseph Mariathasan: The wealth of nations and its ESG underpinnings

No single metric is ever ideal for assessing progress.

For countries, it is very clear that GDP is a poor metric to use for determining long term policies. GDP is a measure of activity rather than wealth creation. That means that it can give very misleading signals about the health of an economy. An obvious case is where natural resources are depleted which may give rise to a boost to GDP but could result in a long-term degradation of wealth and hence future income for that country.

Incorporating the value of natural resources as well as human capital is a key requirement for assessing the health of a nation. At the end of January the World Bank released a fascinating analysis of the changing wealth of nations. Promoting an analysis of changing wealth both in absolute terms and on a per capita basis, as the World Bank argues for, provides a forward-looking analysis of the health of nations. It also emphasises the need for sustainability in the exploitation of natural resources. For investors, it is worth noting that environmental, social and governance (ESG) issues underpin many of the conclusions.

How the wealth of a nation should be assessed is both controversial and subject to many assumptions. But just because measurement is difficult does not mean that it should not be attempted. The World Bank’s approach measures wealth in the form of four types of assets:

The key findings are perhaps as would be expected, although the value is very much in the detailed figures for each country.

Global wealth grew significantly between 1995 and 2014. Rapid growth in Asia that has enabled middle-income countries to catch up, but inequality persists. 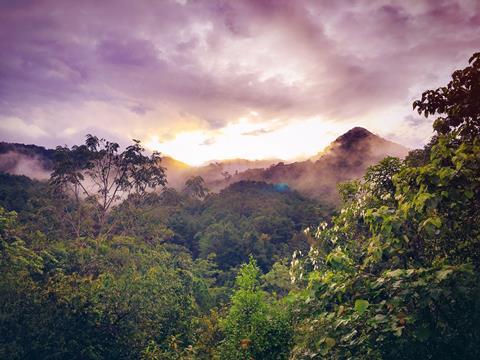 Human capital in terms of the total earnings over a person’s lifetime is, as the World Bank states, clearly the most important component of wealth globally. The World Bank analysis finds that human wealth on a per capita basis is typically increasing in low and middle-income countries. But in some upper-middle and high income countries, stagnant wages are reducing the share of human capital. This has hollowed out middle classes and lies behind the rise of populist parties in Europe and Trump’s rise to power in the US.

Women, meanwhile, account for less than 40% of human capital wealth, according to the report, because of lower earnings, lower labour force participation and fewer average hours of work.

Whilst the report states that achieving higher gender parity in earnings could generate an 18 per cent increase in human capital wealth, such a statement is misrepresentative. It assumes firstly that women who choose to stay at home to raise families have no value, and secondly that increasing their participation in the labour force would not be at the expense of reducing male participation.

Both assumptions probably merit further thought. For example, a simple thought experiment would consist of two mothers who each employ the other to look after their children. If they pay each other the same amount, there would be no net change in the economic circumstances of each family. However, the World Bank analysis would suggest that each has now accumulated human capital that they otherwise would not have had! This thought experiment suggests that work that contributes to society that is unpaid should still be regarded as contributing to human capital.

Understanding the drivers of wealth

The report concludes that growth is about more efficient use of natural capital and through investing the earnings from it into infrastructure and education.

Sustainably managed, renewable resources in the form of agriculture or forestry can produce benefits in perpetuity. In contrast, non-renewables such as fossil fuels and minerals can offer a one-off opportunity to finance development. But, as the report points out, nearly two thirds of countries that have remained in the low income category since 1995 are resource rich, or fragile and conflict states or both.

What is clear is that resources alone cannot guarantee development – strong institutions and governance are needed. Clearly the private sector can play a critical role, particularly if a strong stance is taken on ESG issues.

Assessing the value of natural resources raises many philosophical challenges, but the debate needs to be had. By doing so the methodology can only improve, while losing biodiversity and the services it underpins is irreversible. Moreover, Europe faces the challenge of coping with refugees and migrants dying in their thousands attempting to gain entry to its shores.

Understanding and encouraging the drivers of wealth outside its borders is a matter of self-interest as well as morality.