China’s president Xi Jinping gave a three-and-a-half hour opening speech at the start of the Communist party’s 19th Congress last week. The party constitution has been revised to include a reference to “Xi Jinping thought” to rank alongside the thoughts of Deng Xiaoping and Mao Zedong himself.

China’s phenomenal growth over the past few decades has not been a function of the policies of any one leader. Deng may have been the instigator of China’s move towards essentially a capitalist economy, but China’s rise to wealth and power has been a function of many significant trends.

For those seeking to understand the China phenomenon, a good place to start would be by reading The 1 Hour China Book by Beijing-based academics Jonathan Woetzel and Jeffrey Towson. Their assertion is that six mega-trends are key to the China story. For newcomers to China, it is worth appreciating what these are.

The first is urbanisation. China has a population of around 1.4bn. When the Communists took over in 1949, China was predominantly a rural economy. Now, over 56% of the population is urban and that percentage is growing rapidly at an average of 18.5m people every year. It is through urbanisation that China has lifted the mass of its population out of poverty.

The second is Chinese manufacturing scale. Woetzel and Towson emphasise that what differentiates China is not just its history as an outsourced manufacturer for Western companies, but the sheer scale of manufacturing driven by the size of its domestic consumer base.

That means it has such large economies of scale that it can outspend its competitors on research, factories, fixed assets, marketing and other fixed costs, which creates a stronger and stronger competitive advantage over time.

As the authors point out, China produces 80% of the world’s air conditioners, 90% of personal computers, 75% of solar panels, and 70% of mobile phones. 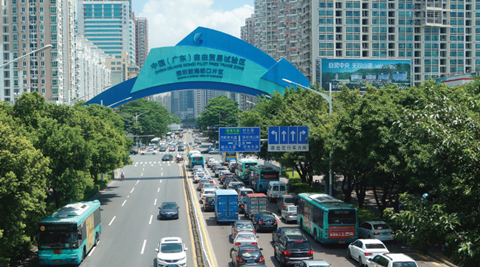 Qianhai, the business district of the city of Shenzhen

There has been a deliberate shift in location from the expensive coastal areas towards inland cities such as Chengdu. Chinese manufacturers win by low costs and that is often in high-tech areas.

Western companies tend to focus expensive healthcare equipment on the major cities only. Their Chinese competitors will produce simpler machines, aimed at second- and third-tier cities enabling them to build scale while their products get better and better.

The third mega-trend is still a work in progress: the rise of the Chinese consumer. Middle-class incomes in Asia will dwarf everything else and will be the biggest economic growth engine in the future.

Over the past 30 years, 300m people have joined China’s middle class. While in the past they have focused on value for money, that is changing as consumers look at more emotional needs – with an emphasis on branded goods. Indeed, one Chinese friend of mine tells me his family love coming to London as they can buy designer clothes cheaper than in Shanghai or Shenzhen.

The fourth is capital. China has huge amounts of it, with a high rate of savings.

This is not to say that capital is always deployed in the best manner. The banking sector is dominated by China’s big four state-owned banks, which function as an arm of the government. That means loans are not always made on the basis of economic criteria.

State-owned enterprises are supported by the banking sector, but private smaller companies often find it difficult to access expansion capital, whether in the form of debt or equity. The problems associated with a largely state-driven banking sector have given rise to a large shadow banking system with wealth management products of all types – and not always with enough transparency for savers to appreciate the risks they may be running. 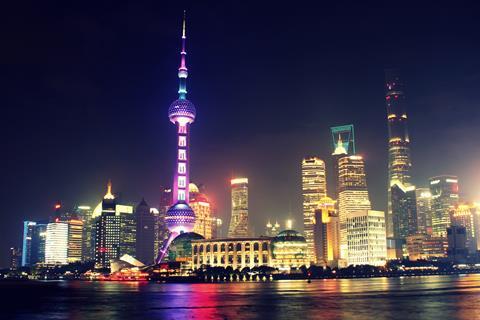 The fifth – and perhaps one of the most significant mega-trends is education. Education has been prized in China since ancient times, but in the past decade the government has been focused on developing skilled human capital on an unprecedented scale.

The quality may not always be the highest, but it is improving. Many of the world’s leading technology companies have set up research and development centres in China. As Woetzel and Towson say in their book, everything is in place in terms of graduates, educational and corporate structures, and functioning research processes. The driving economics are powerful, so quality and innovation should come naturally.

The final megatrend is the Chinese internet. China has 700m people communicating with each other on the net. WeChat is a combination of Facebook, Whatsapp and a host of other social media apps.

China is also becoming a leader in artificial intelligence, much of which is based on internet applications.

See the November issue of IPE for an in-depth Special Report on China.