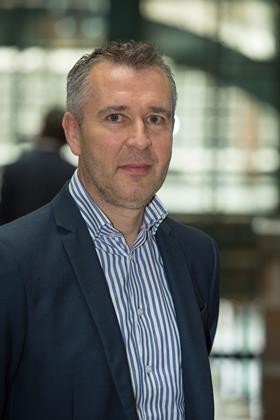 The reorganisation was implemented in connection with the retirement of managing director Edwin Meysmans earlier this month. He headed the Belgium pension fund for the KBC banking and insurance group for 20 years where his responsibilities included overseeing investments and governance of the pension fund.

Vanbriel told IPE that the pension fund has about €2bn of assets across three schemes. No fundamental changes to its investment policy are planned for the time being. As CIO he will take on responsibility for the fund’s liabilities over the coming year.

Termote was previously legal adviser and compliance officer at the pension fund, but took on more responsibility last year. He reports to Hans Verstraete, who heads the board of directors.

Vanbriel joined the pension fund from KBC Asset Management, where he had a lengthy career. Most recently he was head of structured and money market funds from October 2013.

Before that he was CEO, KBC Fund Management, and before that head of institutional business development. He was chief actuary at KBC Asset Management from 1995-2003.