Norway’s main municipal pensions provider KLP has decided to exclude companies from its investments that have more than 30% of their revenue stemming from oil sands activities, and use the proceeds of these asset sales for new renewable energy investments in the developing world.

The NOK641bn (€64.9bn) pension provider made the decision after commissioning research that showed the consequences of oil sands production — also known as tar sands — were just as harmful to the environment as those of coal.

KLP excluded coal businesses from its investments in 2014.

Anne Kvam, head of responsible investments at KLP Kapitalforvaltning (KLP Asset Management), told IPE: “We wanted to look at all unconventional sources of oil and gas, in terms of the greenhouse gases (GHG) emitted and also how the land was used in production and other environmental challenges linked to these activities.

“What we found was that in terms of climate change and GHG emissions, oil sands is just as bad as coal, so having excluded coal, it made no sense for us to remain involved in this,” she said. 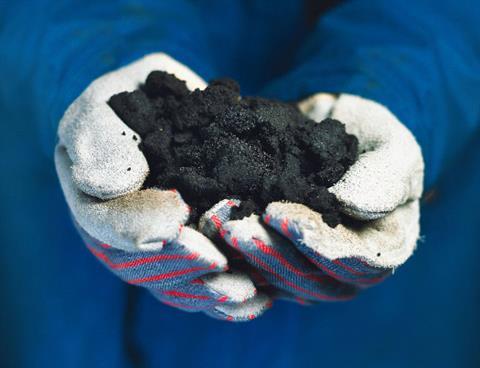 Oil sand is a mixture of bitumen (a thick, sticky form of crude oil), sand, water and clay.

KLP’s work into the climate and environmental consequences linked to unconventional oil and gas production centred on a recent report it commissioned from consultancy EY on the subject.

KLP will also exclude companies where oil sands and coal activities together amounted to 30% or more of their revenue.

At the same time, it said it has decided to increase its exposure to new renewable energy in developing countries by using the proceeds from asset sales as it withdraws from oil sands companies.

Kvam said KLP had not yet calculated how large this investment shift will be in financial terms.

But the pension provider said it would publish a list of those companies to be divested by 1 June 2018.

Kvam said the oil sands exclusion decision is a first step in response to the large amount of information generated in the 58-page EY report.

“We will now see how we can make further use of the report, and other organisations might also benefit from it,” she said.

The report says unconventional oil and gas — such as oil sand extraction and hydraulic fracturing, or fracking — has risen quickly over the last decade as new technologies have been developed.

It said that of all the unconventional methods reviewed, oil sands posed the overall highest environmental risks, comparable only to coal mining.

The open mining method could be particularly damaging, it said, making large incisions into natural landscapes that could be irreversible and severely impact surrounding wildlife.

A week ago, AXA announced it would divest producers of coal and oil sands, and also phase out insurance coverage for new coal construction projects and oil sands businesses.

In October, BNP Paribas Group announced it would no longer do business with companies whose main business involved oil and gas from shale and/or oil from tar sands, and that it would stop financing such projects.