Letter From Brussels: Court for international investor disputes on the horizon

International investors in the EU have for decades been suffering from woeful dispute settlement proceedings when involved in cases against public authorities. Now, plans for a reformed redress system are accelerating. But investors will have to wait for years before a formal specialist EU court system to handle financial disputes sees the light of day.

In the meantime, Brussels is putting in place an interim system to ease pressures. Pressure is coming from the EU’s Capital Markets Union (CMU) programme, where the aim is to facilitate cross border investments.

The latest step towards this goal came in September, in the form of a request from the European Commission to EU national governments. It seeks a mandate to allow it to conduct negotiations with interested EU partners for the creation of the so-called Multilateral Investment Court (MIC). The MIC initiative also involves institutions beyond the EU itself, such as the Organisation for Economic Co-operation and Development (OECD) and the United Nations.

The plan is to have the MIC take over from the Investor-to-State Dispute Settlement System (ISDS), which Cecilia Malmström, the EU’s trade commissioner, has labelled as suffering from a “fundamental lack of trust”. Dating back to the 1960s, it is based on ad hoc commercial arbitration with individual tribunals to judge a particular case.

Also, an impact assessment paper writes of feeble case-law practices, “due to lack of predictability and interpretative consistency”. This factor alone has been the cause of increased public scrutiny. Another core concern is the selection of arbitrators for issues related to public authorities. 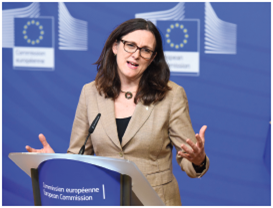 As for costliness, the Commission notes that according to the OECD the average expense of a dispute amounts to $8m (€6.8m).

However, the Commission also points out that data for potential claimants who did not bring claims due to excessive costs is unavailable. The Commission says the ISDS arbitration tribunals are incompatible with EU law.

A classic case of a public authority expropriating foreign investment relates to the Spanish oil company Repsol and the Argentine government. This ended in a $5bn settlement in 2014, bringing to a close a two-year dispute. In the EU there have reportedly been cases of asset expropriation, including where public authorities at a local level have been involved.

And Brussels no doubt has an eye on competition from UK courts, where nearly three quarters of the commercial court cases in England are already reported to involve at least one foreign litigant. In addition, there is the establishment two years ago of the UK Financial List, which enables important cases to be heard by appropriately expert judges. Here Brussels also has to take in factors resulting from Brexit.

“Frans Timmermans, Commission vice-president, has described the Multilateral Investment Court as ‘breaking new ground’. The judges are to be fully qualified, proceedings will be transparent, and cases will be decided on the basis of clear rules”

The UN’s role in MIC, which dates back to March 2014, centres on its International Trade Law (UNCITRAL) unit. The OECD’s position of strong support comes from on high. Its secretary-general Angel Gurría notes that the views of different governments and other stakeholders still vary.

In March 2017, 150 stakeholders got together in Brussels. Speakers included Commission officials Denis Redonnet, responsible for trade strategy, and Colin Brown, who leads the team of lawyers working on investor-state dispute settlement. Further meetings are planned for late this month in Brussels and with the UN in Vienna.

The MIC is intended to function both as a court of first instance and as an appeal tribunal. Frans Timmermans, Commission vice-president, has described the MIC as “breaking new ground”. The judges are to be fully qualified, proceedings will be transparent and cases will be decided on the basis of clear rules, he said. 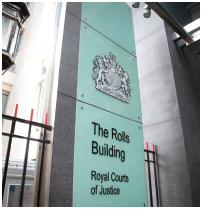 Elsewhere the Commissions writes that the court should be modelled on the World Trade Organization’s equivalent, its Dispute Settlement Understanding, where the priority is to settle trade disputes but not to pass judgement.

It will take years for the MIC to attain the necessary clearance from EU and other governments, according to various sources. But there is an interim step in hand. This is the bilateral Investment Court System developed under trade and investment agreements, such as the EU-Canada Comprehensive Economic and Trade Agreement (CETA).

The CETA agreement is defended by the Commission as a “new standard” as it moves away from the ISDS system.

The Commission’s goal with the CMU is to eliminate barriers to cross-border investment flows. But eliminating barriers to effective dispute resolution is also proving onerous.