Letter from the US: Risk transfer hots up

With interest rates rising, the US pension risk transfer (PRT) market is expected to grow substantially. PRT is a de-risking strategy in which employers with defined benefit (DB) pension plans transfer their obligations to an insurer by buying a group annuity for employees at a price that includes a premium, so that the company’s retirees will receive lifelong benefits from the insurer.

The potential market is huge because about 22,000 traditional plans sponsored by single, private-sector employers still exist, covering about 30m employees. Some eight out of 10 employers with DB plans are interested in transferring pension plan risk to a third party, according to a recent survey by LIMRA Secure Retirement Institute.

Legal challenges to the 2012 $8bn Verizon’s PRT are not deterring more deals – even following a 2016 Supreme Court decision that looked like a victory for retirees suing the company. Last September the US Court of Appeals for the Fifth Circuit decided that the plaintiffs lacked sufficient standing to sue because they had suffered no concrete injury.

Pension liabilities decrease and funded status improves with higher rates, which should improve the future attractiveness of PRT. “An increase in interest rates may lead more plan sponsors to consider PRT,” says Wayne Daniel, senior vice-president and head of US pensions at MetLife. “When considering a PRT, the single most important thing is to have a good funded status. If a plan’s assets do not fully cover its liabilities on a realistic basis, allowing for future mortality improvement, then achieving a full buyout in the market will require an additional cash contribution from the plan sponsor.”

As Jason Richards, pension de-risking consultant at Willis Towers Watson, explains: “There are two categories of PRT with a group annuity.” One improves operational efficiency by transferring out participants with low benefits, for whom the plan still has to pay a flat-rate premium to the Pension Benefit Guaranty Corporation (PBGC).

“GM and Verizon paid the transfer with assets in kind [corporate bonds] instead of cash. The assets were insulated in a separate account, a purchase agreement, like in M&A transactions, was signed and employers hired independent fiduciaries representing retirees”
Phil Waldeck

Richards continues: “A second category of de-risking strategy is used to terminate the plan, but is possible only when the plan is well funded. With rising interest rates the funding status would improve and make it less expensive to buy annuities, but you must remember that liabilities are driven by long-term interest rates, not by the Fed funds.”

The PRT deal pipeline is robust, according to Lynn Esenwine, senior PRT consultant at Mercer. “But to make a deal with a realistic price, plan sponsors must have data in good order,” she says. “If interest rates go up and plans get fully funded, there may be a run of sponsors to the insurers, and it will be interesting to see if the latter will be able to satisfy a huge demand. There is no infinite insurance capacity in the US, so will insurers charge more for PRT? Will re-insurers enter the market? That’s why we recommend our clients to give priority to clean up their data in order not to miss the opportunity to get deals now.”

Best practices for jumbo transactions were designed after the two 2012 landmark pension buyouts with General Motors ($25bn) and Verizon. “Those deals were very customised and different from previous, smaller and standardised deals,” explains Phil Waldeck, a senior vice-president at Prudential Retirement in charge of the PRT market. “GM and Verizon paid the transfer with assets in kind [corporate bonds] instead of cash. The assets were insulated in a separate account, a purchase agreement, like in M&A transactions, was signed and employers hired independent fiduciaries representing retirees.” 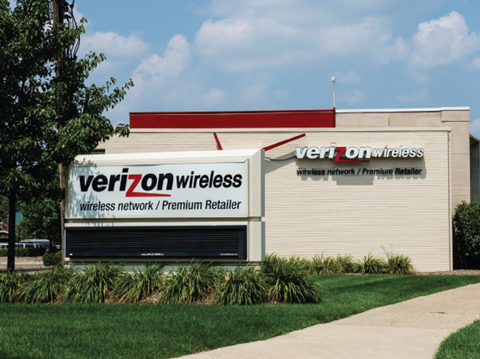 No matter where interest rates are going, Waldeck believes the long-term trend is in favour of PRT. He says: “Insurers are familiar with the longevity and mortality risks. Pension funds recently updated their actuarial life tables that now are more consistent with ours, taking into account that people live longer, so plan sponsors are realising their longevity risks are higher and are looking for securing pension promises with PRT deals.”

Matt Drinkwater, assistant vice-president at LIMRA Secure Retirement Institute, adds: “A current trend is ‘borrow to fund’. Because loans are cheap, stable companies borrow money and use it to buy group annuities. If the latter cost, for example, 105% of liabilities, the company can borrow the difference and eliminate uncertainty. Motorola did so in 2014.”

To avoid legal challenges, Drinkwater recommends good communication. “It’s is crucial to reassure plans’ participants that with group annuities their pensions are not at risk. On the contrary, they may have a more stable footing,” he says.

But he also warns that higher interest rates does not necessarily mean more PRT deals. “If a pension fund is already frozen and it gets 100% funded, it can just lock-in its funding status with a liability-driven investment strategy to immunise the company from future rates changes.”