Letter from the US: Tax benefits boost rise of HSAs

Will Health Savings Accounts (HSAs) become the new IRAs (Individual Retirement Accounts)? Some operators in the US retirement industry say so.

The growth of HSAs is a trend similar to the transition from defined benefit (DB) to defined contribution (DC) pension plans. An increasing number of companies are offering healthcare benefits that give employees more control over medical spending but also more responsibilities and risks. This is akin to how 401(k) retirement savings plans mean more investment choices and greater risks. Besides, if ever President Donald Trump and Republican Congressmen ever repeal Obamacare, one of the key pillars of their reform would significantly expand and enhance HSAs.

HSAs were created in December 2003 by then-President George W Bush. They are for people who have a high-deductible health plan (HDHP), that is a health plan with a deductible that is greater than $1,300 (€1,100) for an individual or double that for a family. HSAs allow account holders to put aside money to pay for the healthcare costs their insurance does not cover (the deductibles), when they need to.

But before the money is used for medical expenses it can be invested in a 401(k) plan or IRA, with more tax advantages. In fact, money is deposited tax-free (it can be deducted from federal income taxes); it grows tax-free, and it can be withdrawn tax-free as long as it is spent on health and medical expenses. In contrast, pension benefits from $401(k)s and IRAs are taxed).

There is no deadline to deplete the account, which is portable and can be opened either through the workplace or independently. However, there is an annual contribution limit. The maximum an individual can pay into such account in the 11 months to 15 April 2018 is $3,400. The maximum per family is $6,750.

IRAs have $8.2trn in assets and 401(k)s have $7.3trn, according to the last data from the Investment Company Institute, the association of funds in the US. In contrast, HSAs have only $40bn in total assets, according to research by Devenir Group, a specialist in the product. But the HSA market’s growth rate is outperforming the 401(k) boom that occurred in the retirement market in the 1980s, points out Cornelio Ash, an analyst at William O’Neil & Co, an investment firm. In fact, between 2006 and 2016 the HSA market grew at a 36% compound annual rate, and is expected to be worth $44bn by the end of 2017.

More than 18m Americans already use HSAs. In 2016 they contributed $25.5bn and withdrew $19.8bn for medical expenses. At the end of last year, $5.5bn, or 14% of the $37bn in total HSA assets, was allocated to investments beyond cash management instruments. 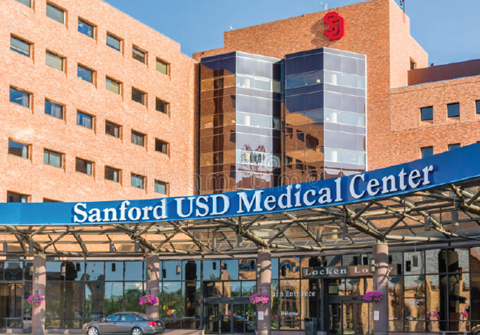 This growing HSA market could represent another area of opportunity for financial advisers. Some consultants are already starting to advise their clients about using HSAs as default savings accounts because of their tax incentives.

To help choose the right plan, Morningstar, an investment research firm, has just published a report, ‘2017 Health Savings Account Landscape’. It assesses 10 of the largest HSA plan providers in the US: Alliant Credit Union, Bank of America, BenefitWallet, HealthSavings Administrators, HealthEquity, HSA Bank, Optum Bank, SelectAccount, the HSA Authority, and UMB Bank. The analysts ranked them by two criteria. First, as a spending vehicle to cover current medical costs – the lower the monthly maintenance fees, the better. Second, as an investment vehicle to save for future medical expenses.

“This growing HSA market could represent another area of opportunity for financial advisers. Some consultants are already starting to advise their clients about using HSAs as default savings accounts because of their tax incentives”

Only four plans – the ones offered by Bank of America, HealthEquity, Optum, and the HSA Authority – received good grades as investment vehicles. They have at least two of the following three features: a well-designed investment menu; solid quality underlying managers; and below-average fees. HealthEquity is the only account that received top marks by all of Morningstar’s investment criteria. The main reason was that it offers only Vanguard funds, most of which are low-cost index portfolios with good performance.

HealthEquity was founded by Steve Neeleman in 2002. It embraced the concept of consumer-driven healthcare, which he had researched as a faculty member at the University of Arizona. Today it owns about 13% of the HSA market.

To simplify employers’ life and increase employees’ financial health, the American Retirement Association (ARA, formerly the American Society of Pension Actuaries) is proposing that employers would be allowed (although not required) to add HSAs as a “sidecar” account to a 401(k) plan, as Brian Graff, the CEO of ARA, outlined in a recent issue of NAPA Net the Magazine, the official publication of the National Association of Plan Advisors. “Plan advisers would then be able to offer HSAs along with 401(k) plans and provide holistic education, advice and planning to employees who have both accounts,” added Graff. “HSA holders would have access to the same kinds of retirement plan investments in their HSA that they do in their 401(k), and the same professional advice.”