Letter from the US: Tide turning against divestment

Will the movement in favour of divesting from fossil fuels slow down among US pension funds? Several factors are pushing in this direction. Academic studies have claimed that divesting strategies make no impact on big problems such as global warming but they hit investment performance. Trade unions have also expressed concerns about the costs of those strategies for their members. And finally, the administration of President Donald Trump has taken a pro-fossil-fuel stance.

A discussion of the issues was triggered in July by the forced sale of the coal holdings of the California Public Employees’ Retirement System (CalPers) and California State Teachers’ Retirement System (Calstrs). They were compelled to divest by the Public Divestiture of Thermal Coal Companies Act that was signed into state law by California’s Governor Jerry Brown in 2015. That year was poor for most coal companies, especially for Peabody Energy which was in both pension funds’ portfolio and lost $2bn (€1.7bn). It declared Chapter 11 bankruptcy in 2016.

But this year, especially with the Trump administration in charge, the coal industry has started rebounding. Some 13 of the 14 coal companies that were sold by CalPers are worth more now than they were a year ago when their business was at its low point.

“This is just the latest example of politically motivated divestment policies, which have often had a significant negative impact on pension investment performance,” reported The Orange County Register, a newspaper in southern California. The article mentioned an October 2015 report from pension funds consultant Wilshire Associates showing that CalPers’ divestments cost it about $8bn over 15 years.

If the performance is lower than a pension fund’s target it could worsen its funding status. For public-sector funds such as CalPers, it forces taxpayers to fill the gap by paying more taxes and the employees to pay more contributions or lose some benefits. That is why some unions, although they mostly support the Democrat lawmakers who push for divestment policies, have begun to raise doubts about the latter’s aptness. 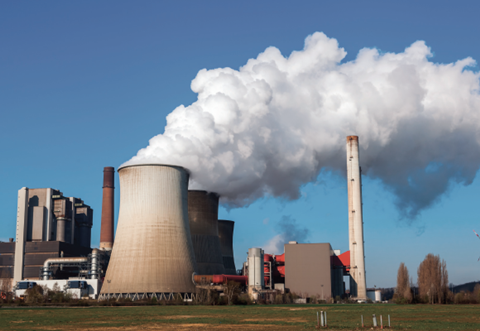 “We cannot afford to lose funding for law enforcement officers in exchange for a socially responsible investment strategy,” police lieutenant Jim Auck, treasurer of the Corona Police Officers Association, told CalPers board members at a meeting in May. “Your fiduciary responsibility is to the employees, the employers and the taxpayers of this state, not to the many agendas of the many special interests that dominate Sacramento politics.”

Critics of fossil-fuel divestment policies have also published academic research. For example, Daniel Fischel, professor of Law and Business Emeritus at the University of Chicago Law School, published a paper in June in which he maintained that such strategies “have minimal or no environmental impact because they are highly unlikely to affect the production or distribution of fossil fuels on the part of targeted companies”. He argued that they are costly to investors because “a divested portfolio is sub-optimally diversified, as it excludes one of the most important sectors of the economy”.

Based on a 50-year retrospective sample period, Fischel’s study found that “an optimal equity portfolio including fossil-fuel stocks outperforms a portfolio of equal risk that is divested of energy stocks by an average of 0.5% per year”.

He continued: “These annual losses add up to a 23% reduction in the value of a divested portfolio over a 50-year period.”

Advocates of fossil-fuel divestment counter that pension funds should leave oil, gas and coal sectors, as carbon-intensive businesses could incur significant financial losses. The governments that signed the Paris agreement were trying to reduce climate change by increasing taxes and costs for highly polluting industries.

But President Trump withdrew the US from the Paris agreement and he is rolling back Obama-era climate regulations, which is improving the outlook for fuel-fossil businesses.

In any case, over 700 large investors in the world have pledged to cut exposure to fossil fuels in recent years, according to 350.org, a pro-divestment organisation. But many pension funds claim that engaging with companies is better than divesting.

For example, CalPers is opposing the Democrats’ proposal to pass a law in California compelling the fund to sell its shares in Dakota Access, Energy Transfer Partners, and all the other companies behind the Dakota Access Pipeline project. The pension fund’s managers explain that such a move would limit the pension fund’s ability to change corporate behaviour through engagement.

Critics such as The Orange County Register say a radical solution would be “to remove politics from the equation altogether and switch to a 401(k)-style defined-contribution system that lets workers invest their retirement funds as they please”.