Letter from the US: US pension funds braced for lower for longer

Very low or even negative interest rates “may prompt institutional investors to seek riskier and more illiquid investments to earn their targeted return”, says the report. “This increased risk-taking may lead to a further buildup of vulnerabilities” among pension funds that could not be able to play their traditional role “in stabilizing markets during periods of stress” any more. “These vulnerabilities could amplify shocks and should be closely monitored and carefully managed,” say the IMF experts.

Pension plans have indeed doubled their allocations to illiquid, alternative assets over the past decade, according to IMF estimates. Being aware of the lower-for-longer yields’ scenario, most consultants have recommended this switch, but with some caveats.

Willis Towers Watson, for example, has advised its clients to “incorporate capital-efficient liability hedging/risk-mitigating instruments, such as Treasury overlays, to ensure they’re not tying up more capital than necessary for risk management purposes”, says John Delaney, the firm’s senior investments director and portfolio manager. WTW has also recommended strategies whose returns are not driven by traditional equity or credit premium, including those with an illiquidity component to their return profile. But the illiquidity premium has historically been underutilised in the building of portfolios, he says.

Delaney says: “We advocate a balanced exposure, not an outsized exposure, to illiquid investments to give pension plans a less volatile return stream. This does not mean clients need to always access strategies with 10-15-year lock-ups, but based on the profiles of their benefit payments, liquidity needs, and investment horizons, portfolios should be built with investments of varying liquidity profiles: daily, monthly, annually, three to five-year, and longer for ideas where the illiquidity premium provides suitable excess returns over liquid markets.”

Finally, Delaney says that it is important for pension plans “to stress test and manage their liquidity at the total portfolio level”.

Michael Hall, head of DB solutions at Russell Investments says: “We reject the ‘earn target return’ as the objective of US corporate defined benefit [DB] plans.” Pension funds’ objective, in his view, “is about risk management, or at least the integration of investment policy, funding policy, and benefit policy within the regulatory time-horizon.” That means “using the power of accelerated contributions, capital-efficient duration extension, and diversification in return seeking”, Russell may recommend its clients to increase illiquid investments “if the time horizon allows for it, though in DB that is often not the case”, says Hall. 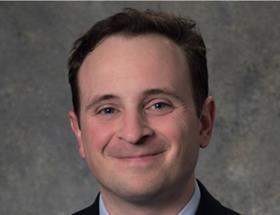 A strong advocate for alternative assets is Donald Steinbrugge, founder and CEO of Agecroft Partners, a consulting firm that specialises solely in the alternative investment arena with a particular focus on hedge funds. “Not all hedge funds are illiquid,” he says. “Some are very liquid.” He advises pension funds to “take money away from traditional fixed-income investments and put it in hedge funds that are focused on strategies such as direct lending, distressed debt, structured credit, or anyway in strategies that are not correlated to capital markets.”

“We advocate a balanced exposure, not an outsized exposure, to illiquid investments to give pension plans a less volatile return stream” - John Delaney 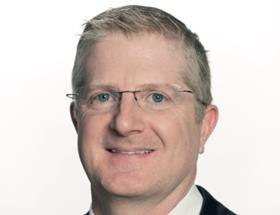 Steinbrugge does not agree that pension funds have abandoned hedge funds because of their poor performances. “Since 2009, many times the media have talked about a hedge fund crisis,” he says. “It’s true that in the past five years hedge funds have suffered from some outflows. But to compare their performance with the S&P 500, and to conclude that they underperform the market is wrong. Because the right benchmark to beat, for PFs, is a fixed-income index.”

Negative rates have not reached the US but for DB plans “the time to prepare for such an adverse scenario is now”, according to Pimco head of retirement Rene Martel and account manager Jonathan Harari, writing in a blog last August. They emphasised that “even if the zero bound is still an untested concept for longer maturities, it’s a possibility that shouldn’t be ignored. Therefore, today’s rates, though perceived as extremely low, could turn out to be attractive if the final destination is, indeed, zero or negative.” And if rates continue to fall, to get better returns DB plans must be careful not to assume risk “well beyond their comfort level”. 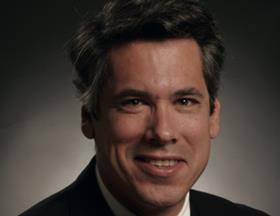 Everybody welcomes the “strengthened oversight and disclosure for institutional investors” that the GFSR recommends to mitigate the illiquidity risks. “We see this as a way to protect investors from instances of fraud or other practices that are not in the best interest of the ending investor,” says Delaney. “While we feel significant progress has been made here, we agree that more could be done in the illiquid/private investment space to improve.” Hall agrees that “transparency is always good”. However, he points out that “it’s already pretty good for institutional investors”.