The German entities of international engineering firm Airbus have revamped their company pension plan to lower the risk for the employer and increase potential returns for employees.

The new plan was set up at the end of last year, and 20,000 people have already joined since the start of January.

“This is about half our staff,” confirmed Markus Wilhelm, head of pensions at Airbus Germany, speaking at the Zukunftsmarkt Altersvorsorge conference in Berlin last month.

Airbus has allocated 70% of the new plan to equities and 30% bonds.

There will be no shift in allocation based on members’ age, as Airbus found that many so-called ‘lifecycle’ models had returned less than the projected returns from the company’s new pension plan.

To give members some certainty and an idea of what to expect as a pension payout to its staff, the company intends to grant a target return determined each year. Of this, around 70% will be paid monthly into each employee’s individual account. 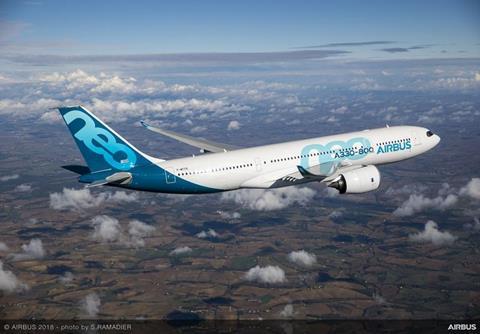 Any excess return above this level will be paid into a buffer pool capped for tax reasons. According to Wilhelm, German authorities “had assumed we wanted to shift profits into this pool”.

Once the pool is full, the remaining funds will be divided up among the members’ individual accounts.

In years of lower than expected returns or negative performance, the buffer fund will be used to compensate shortfalls. Payments to individual accounts will only be reduced if the buffer fund is insufficient.

People closer to retirement will not get any money from the buffer fund, but also will not have to pay into it in times of shortfalls.

The idea of granting a target rate of return – known in Germany as Zielrente, or ‘defined ambition’ – is similar to one of the measures brought in by Germany’s Betriebsrentenstärkungsgesetz (BRSG) reform, although no industry-wide non-guaranteed pension plans have yet been introduced.

“We talked about a Pensionsfonds or other outsourcing but we wanted to keep control,” he said.

Wilhelm explained that any external vehicle might be exposed to changes in the legal framework and the company “does not want to be forced to make changes we do not like”.

Under the old pension plan – which is now closed to new entries – Airbus offered a 5% guaranteed return on accrued assets. This had become too expensive and liabilities had been too volatile, differing by up to €3bn per year, Wilhelm said.

At the end of 2017, Airbus’ defined benefit obligations for Germany amounted to €9.8bn, and it had put aside €4bn in plan assets.

For employees the old plan seemed very attractive, but Wilhelm said its Achilles’ heel was that inflation was not covered.

“Back-testing showed returns from the plan with fixed guarantees were not always positive for the members in real terms,” Wilhelm said.

Convincing the employees of the new pension plan’s benefits was a long-term effort involving “a lot of detailed information sessions with the employee representatives”, he said.

He added that the new pension plan made it easier for Airbus to grant a conditional target return.

“For the real tail risks we still have the company as financial back up, as it wanted to reduce its pension risk but not get rid of it completely,” the pension chief said.