Lithuania plans to introduce auto-enrolment for younger workers as part of long-awaited major reforms to its voluntary second-pillar pensions system.

The government in Vilnius yesterday announced the most radical pension system overhaul since 2013.

The most significant proposal is the introduction of second-pillar auto-enrolment for workers under 40 years of age, with the right to opt out, delay or temporarily suspend payments.

For the pensions industry, auto-enrolment is expected to save asset managers substantial sums in sales and marketing costs.

However, the reforms include a 50% cut in pension fees, as well as a reduction in the minimum amount currently required to purchase an annuity. Pension funds will also be obliged to introduce life-cycle investment strategies.

This policy has long been advocated by Bank of Lithuania, the sector regulator, which has argued that the majority of fund members were assuming either too much or too little risk for their age group. 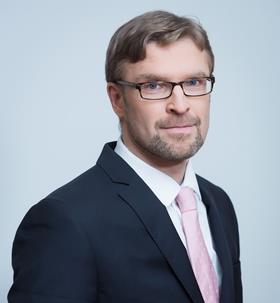 In the government’s presentation of the reforms, Linas Kukuraitis, minister for social security and labour, said the changes were essential to tackle the country’s deteriorating demographics and the low level of pensions for the poorest retirees.

As a result of a falling birth rate and high emigration, Lithuania’s population has fallen by more than 23% since the start of the 1990s to an estimated 2.9m. It is expected to decline by a further 1% a year for the foreseeable future, reducing the number of workers supporting a single pensioner from 3.5 to 1.7 by middle of the century.

Meanwhile, without reforms, the wage replacement ratio of current pensions was expected to fall from 42% to 34%.

Under Lithuania’s current “maximum accumulation” scenario, second-pillar savings in 2016-19 are funded by the so-called ‘2+2+2’ system: 2% of social security system contributions, with an additional 2% of additional payment from a salary, matched by a state contribution based on the previous year’s average state wages.

The government has proposed to change this over the coming five years to a ‘4+2’ formula, with transfers from the social security system ceasing and salary contributions doubling.

For those currently paying the maximum contribution, proposed tax changes would in effect reduce the overall social security contribution, making it cost-neutral for these contributors, the government said.

Employers and employees can voluntarily make contributions above 4%, qualifying for further tax relief.

Alternative solutions were not deemed acceptable or feasible by the government, including raising the retirement age by eight years, increasing social security contributions by 12 percentage points, or increasing the working population by some 600,000.

The reforms, if passed by the Seimas (parliament), would come into effect next year.