Long-term matters: How capitalists can save the Amazon from capitalism

When foundations and wealthy individuals launched their Rapid Response-Able Fund (RRAF) in spring 2020, commentators sneered at the “save the world” motivation while others said it would distract attention from the political changes that were needed.

But at $10bn (€9bn), with plans to scale quickly to $100bn, interest in corporate boardrooms snowballed. RRAF would target the worst actors rather than invest in sustainability leaders.. And it would act using the standard activist strategy of taking a meaningful stake in the target company, as well as writing an open letter to the board with a clear, practical list of demands including placing between one and three directors.

RRAF’s first multi-billion dollar initiative was to save the Amazon. The business case for investing in biodiversity and forestry by those who could take a genuinely long-term view was clear. And the reputation risks to the worst actors – given the huge public outcry had already begun to put licenses to operate at risk.

RRAF took a meaningful stake in three companies. The boardroom struggles extended beyond a year and the first meetings included many fireworks. But the well-argued demands were embraced by most of the other board directors. Some did not want to risk getting blacklisted internationally and others faced intense pressure at home from their children.

Understandably, this success made a wide range of global high impact companies anxious. In a complete turnaround, shortly after the change in the White House, Exxon wrote-off its entire tar sands and Arctic drilling initiatives. The energy firm stated that in light of the new climate emergency there was no longer an economic justification to develop these resources. This triggered a race to the top with, for the first time, US companies trying to win. 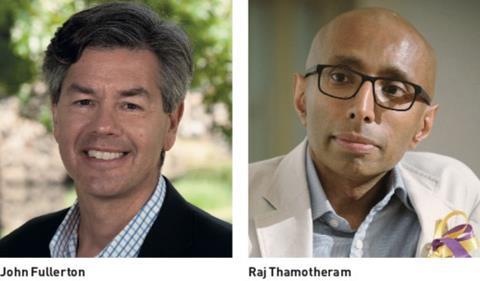 Of course, this is a hypothetical scenario. How much of this happens is for you to decide. It is a complex system, everyone influences everyone, and actions initiate unpredictable reactions. This reality can either be used as a reason for doing nothing or a reason to do the best possible.

In that sense the passivity of institutional investors is a direct contribution to the destruction of the Amazon.

Here are brief rebuttals to the reasonable ‘yes but’ questions:

• Why pick on Brazil when forests are burning across the world? The argument that we should not push for action on x in country y because it has not been addressed in country z is a sure way to get to 7-8°C warming! Of course we need multilateral action but the answer is coordinated unilateral steps. Furthermore, what we are suggesting is a market mechanism for safeguarding the ability of the companies to deliver wealth over the long-term: this fund would be a failure if it could not convince others.

• Isn’t the West being hypocritical? Hasn’t it benefitted from deforestation? The West also benefitted from slave labour but is it wrong to try to stop this or its vestiges now? And with regard to climate change, the West has benefitted from industrialisation. The UK and US are, per head, the biggest climate culprits. If everyone had the right to pollute as much, what would be the impact on citizens in poorer countries? Of course, all ecosystem services demand compensation from wealthier countries. Who better to make this happen than the world’s leading public-spirited millionaires, billionaires and foundations?

• Shouldn’t we give the new ‘Investor statement on deforestation and forest fires in the Amazon’ initiative a chance? This statement, launched in September, is most welcome. We hope it indicates investors will gear up to address deforestation. The statement could have a big influence on the mood music, especially if large US fund managers support it. But it is unlikely to have real world impact for several reasons.

It does not explicitly target the players that have most influence –agribusinesses and banks but also government purchasers of soya/beef. Agribusinesses have considerable immunity to change and the statement does not call for the kind of forceful stewardship that is needed. Asset owners who sign this statement will then pay their fund managers to maximise short-term returns or have their money passively invested in index funds which typically have little incentive or practical capability to be genuine active owners. Thus, ESG is becoming yet another tool to enforce corporate profit.

“Avoiding irreversible climate disaster is the far more urgent mission of RRAF. It will act with laser focus and irresistible force”

Avoiding irreversible climate disaster is the far more urgent mission of RRAF. It will act with laser focus and irresistible force. The corporate governance ‘ask’ for direct board influence in decision making is also key. Like other activist investors, RRAF would typically seek one to three seats on the board for seasoned executives who know the sector and who also understand the climate emergency.

Most pension funds do not have the governance to make these decisions. That said, it is critical that large Principles for Responsible Investment members support the RRAF activist agenda. It is also important that specialist ESG investors actively monitor the main target companies and share this information as they are able with RRAF.

• Who will push China and Hong Kong to take action? Distinguished civil society organisations such as the Elders are well suited to this challenge. Ideally, the United Nations Security Council would take a lead on this existential human security crisis.

The context has shifted: we are in a climate emergency. As David Blood, a senior partner at Generation Investment Management, has argued, we need transformational change.

Moving beyond ESG alpha, we need strategies that are fit for purpose when it comes to urgent systemic risk. No one is better able to respond to this crisis than the pooled resources and laser focused intention of RRAF.