Long-Term Matters: What world are we creating by saving the world?

The focus of ESG investment has been moving towards the environmental over several years. This prioritisation has become more intense with topics like green bonds, carbon indices, green ETFs, portfolio carbon footprinting and decarbonisation making headway.

Much of this is motivated by a growing awareness of planetary environmental boundaries and fears that society is approaching a ‘point of no return’ with climate change. Investors appear to be ready to publicly accept that the world is unlikely to meet the 2°C global warming target. This leads to fears regarding what this means for the world and the performance of portfolios. Faced with campaigners prepared to take legal action against investors they consider climate laggards and ‘collapsniks’ arguing its all too late, it is easy to see why investors showcase environmental credentials.

The ideal scenario is that all these measures work and an outcome close to the 2°C target is achieved, minimising the negative impact on the planet and portfolios.

However, social and market governance issues have received less priority. This is sad but unavoidable given the practicalities of small ESG teams relative to the numbers of companies in portfolios.

What kind of world are investors helping to create by focusing solely on environmental issues? Social and governance issues are popping up with increasing intensity. A common example is social injustice, with the widening gap in return for labour versus corporate dividends. Many commentators have explained how populist agendas have mobilised voters with examples being Brexit, the far right in Europe and Trump.

First, what evidence is there that populists will lead on environmental issues? This is significant as many populist parties are climate change deniers – including the AfD in Germany – or at best think economic growth should take priority over the environment. Regulatory capture appears to be the norm. Officials such as Scott Pruitt, until recently head of the US Environmental Protection Agency (EPA), spearheaded the rollback. It was not his policies, but allegations of ethical violations that caused his departure. Even under the new EPA acting head, a former coal lobbyist, the agenda to reduce environmental protection remains unchanged. 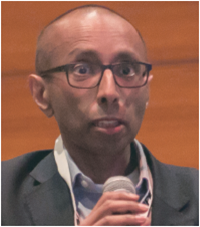 Second, the world economy is performing well on many metrics, such as average household income, healthy life years, education levels and average household wealth. So, if this is the reaction when people are doing well, what will happen if and when societies have to deal with the consequences of 2°C warming. These include potentially facing climate refugees, desertification, and an increasing cost of living due to frequent extreme weather.

Under those increasingly challenging conditions, a further decrease in social stability and governance is as likely – sadly probably more so – than an upswell of sympathy. A society that is oppressed, restricted in its freedom or polarised with corrupt political governance is unlikely to assign importance to solving environmental issues, especially if the perceived victims are politically unimportant or if they are outgroups with distinct criteria, such as religion, nationality or heritage.

How does this relate to finance?

As the responsible investment field has developed, so has specialisation in environmental, social and corporate governance issues, or sub-factors in each category. Green bonds, for example, focus on environmental issues, leaving social and governance to be addressed elsewhere. 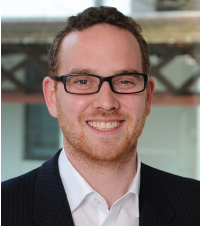 And money flows easily into projects that are supported by regimes with disregard of social and corporate governance issues – China being an obvious case. While this might work in the short-term, in the long-term we may ask ourselves our opening question: ‘What world are we creating by saving the world?’.

What will be the long-term consequences of supporting regimes and despots? Bringing this closer to home, does it matter if democracy is fatally undermined in the US, for example, even if some Republicans rediscover their commitment to be good climate citizens?

Interestingly, Jeremy Grantham, co-founder and chief investment strategist of GMO, in an analysis of the investment risks of climate change recently suggested that it is possible to vote Republican so long as the candidate is green. “What I’m hoping you will do, first of all, is vote for green politicians. I don’t care what party they belong to. It might surprise you to learn that all the great environmental law of the past 100 years came from Republicans.”

What we are arguing is not new. It has long been understood that a strategy that undermines the basis for its own existence cannot last.

In academia, interdisciplinary approaches are again being promoted, including through internal promotion standards and funding bodies. The aim is to contribute to the understanding of issues in their entirety, rather than pretending that each discipline exists in a defined space.

Could this provide a lesson for ESG? Moving away from ESG to sustainable finance might signal that environmental, social and corporate governance issues cannot be targeted separately if we want long-term success. There are signs of hope. The academic discussion on the relationship between climate change and social issues, and market wide or public governance issues has been going on for a while, amongst other things, through work by Graciela Chichilnisky, a professor of economics at Columbia University, and others. Although this has not been in the field of finance.

However, recently, Jeremy Leggett, a long-time climate campaigner, has presented on the financial and other risks of moving away from democracy. Leading investors are starting to link climate stewardship with their governance work – something which is obvious but has been ignored.

Raj Thamotheram is founder and chair of Preventable Surprises and Christoph Biehl is Lecturer in Accounting at Henley Business School.