Long-term Matters: Who decides which engagement is fit for purpose?

Private responses to my recent article about investors who do ‘BS’ stewardship have raised two questions: what is “sufficient” engagement and who has the legitimacy to define the answer?

The debate has landed in Aviva’s lap with a focus on coal and climate change. This is unfair, because Aviva does more than most to set a good standard for engagement and other ESG issues. Presumably this is why NGOs are criticising Aviva. Perhaps such criticism is justified if ‘best in class’ standards on this issue are as meaningless as they turned out to be with BP and the Deepwater Horizon oil spill or with VW and ‘dieselgate’.

So do we agree with Aviva – that divestment represents a failure of engagement? Or the campaigners – who argue that engagement is pointless in a sector where the core business model is flawed?

Both ideas are wrong and we would like to explain why.

Simply put, Aviva’s view might have been reasonable a decade ago, but we are now seeing acceleration in both the speed and extent of climate impact – for details see a website by the former head of the Australian Coal Association, climate advocate, and our co-author here, Ian Dunlop*.

To have any realistic chance of staying below the 2°C target, society cannot allow coal companies to initiate any new projects, and many producing operations will become stranded assets before the end of their working life. Failure to eliminate coal quickly will commit humanity to the existential threat of catastrophic climate change.

Arguably, there may be a Paris-compliant business model for metallurgical coal, properly combusted to minimise greenhouse gas emissions with the remainder offset and other externalities such as coal ash or mercury properly internalised.

But steaming coal for electricity generation is not Paris-compliant without carbon capture and sequestration (CSS), and so far CCS is not commercially viable, even assuming hypothetical carbon prices exceeding $100 (€85) per tonne, which is a pipedream. In addition, there are many alternative means of generating electricity than steaming coal.

Hence, engagement with a company that steams coal without a viable transition plan for winding down is pointless. Like tar sands extraction, steaming coal should be phased out if society is serious about net-zero emissions. Think of coal as analogous to the slave trade once we decided to abolish slavery.

Of course, it is good that Aviva is investing in green infrastructure. But in the same way that eating more salad is pointless for weight loss when one is still having as much chocolate cake as before, so too is adding a bit more green energy to a portfolio stuffed with brown energy.

Organisations such as Aviva have a fiduciary responsibility to their clients, their shareholders and the community to act prudently and not hide behind the failure of governments captured by vested interests. 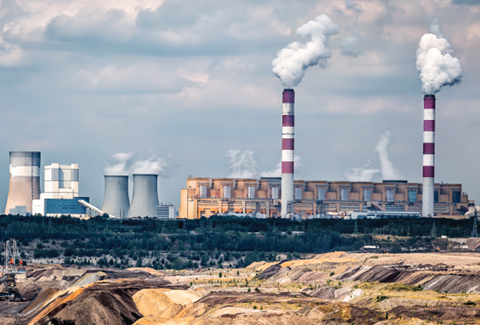 As the American cartoonist Walt Kelly wrote: “We have met the enemy and he is us”. The enemy we should focus on is not Donald Trump but rather the incremental initiatives of the sustainability experts who aid and abet an agenda that the futurist Alex Steffen labels “predatory delay”.

Whether those sustainability advocates realise what they are doing does not matter. The net effect is the same; we continue to drive directly off a climate cliff with no plan to stop and reverse direction because it would be too difficult for the few who benefit at the cost of the future of many.

Campaigners should understand a key strategic point: divestment alone fails to deal with the crisis we face. Investors must pressure companies to write off fossil fuel assets or keep them in the ground. We need to ‘sterilise’ carbon liabilities by keeping them in the ground. Campaigners praising investors for not insisting on the ‘sterilisation’ of carbon liabilities is no more responsible than companies such as Rio Tinto off-loading coal assets – soon to become liabilities – onto other, harder to influence, owners.

Investors must act as forceful stewards of companies carrying carbon assets/liabilities on their balance sheets. Specifically investors should:

• Appoint two or three directors, as appropriate for the company size, who understand the implications of climate risk – a token director is insufficient.

• Disclose their lobbying expenditure and strategy since corporate capture of politics is a big challenge.

• Change performance metrics and remuneration policy and practices to drive decarbonisation and ‘sterilisation’ of toxic assets – that is actively reward pro-social behaviour. Investors currently do the opposite.

Investors must take action on an industrial scale to create sector-wide change and avoid any perceived disadvantage of being a first mover. The example of David Crane, former CEO of US group NRG Energy, who was fired for being a first mover, must not be ignored.

A vision of the possible must guide for action. Several mainstream investors will be voting against management at this year’s Shell AGM to support a resolution filed by the campaigning group Follow This – and Shell is viewed as being a progressive, climate-aware fossil fuel company. Follow This has also called for supporters to buy shares in Shell to change it. We are among those who have done this.

This gives hope that campaigners and climate-aware investors can move beyond discussions that are both limited and limiting. It is time for everyone to aim higher and do what must be done. Success is both possible and necessary. Activists worked together to persuade pharma companies to rise to the challenge of AIDS. Winning slowly is losing.