Last year, a little more than 70% of DB plans matched the minimum funding standards – itself a marked improvement from the estimated 20% 10 years ago, industry experts said.

The recovery has been driven mainly by strong asset growth over the period, over the past 12 months and over the longer term as well, according to Jerry Moriarty, CEO of the Irish Association of Pension Funds.

“Over last 10 years there has been a major turnaround,” he said. “Things are going in the right direction and it’s down to improving investment returns, interest rates and a lot of extra funding of schemes put in by the employers – so it’s good news from that perspective.”

Of the 627 DB schemes governed by the Irish regulator’s minimum funding standard, 414 remain active – a fall of roughly 7% from the 447 current last year. 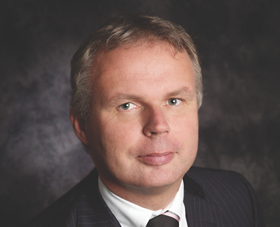 Jerry Moriarty: ‘Things are going in the right direction’

Yet questions remain over the appropriateness of the current funding standard. Conor Daly, partner at Lane Clark & Peacock in Ireland, said it remained “a concern”.

“That standard becomes a much more difficult standard to satisfy, the more mature a plan becomes.

“As all these plans are closing to future accruals, it could become a real issue in the future – unless there is some reform of funding standard.”