The insurance policies cover around a third of the £10bn Marks & Spencer Pension Scheme’s pensioner liabilities, according to LCP, one of the advisers on the deals.

The transactions were agreed using so-called ‘umbrella’ agreements, which set a framework to streamline future de-risking moves. LCP said the M&S scheme was “well-positioned to take advantage of future attractive pricing opportunities either through further buy-ins or longevity swaps”.

“The cost of longevity risk removal – whether through buy-ins or longevity swaps – is at its lowest for 10 years,” Pink added.

Aviva took on £925m of liabilities, the insurer’s biggest single pension de-risking deal to date. Phoenix Life, a specialist consolidator of life funds, took on £470m in its first external de-risking transaction after it insured liabilities from its own defined benefit pension scheme in 2014. 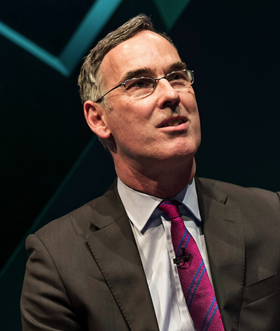 Simon Lee, CIO of the M&S Pension Scheme, said: “We are delighted to have secured these insurance policies for a significant portion of the benefits payable to our members.

“We were able to do so at attractive pricing and on favourable terms through significant competitive tension and a process led by LCP and Linklaters and supported by the scheme actuary and investment advisers, Willis Towers Watson, that has now positioned the M&S Pension Scheme to execute efficiently with these and other insurers in the future.”

Graham Oakley, trustee chairman of the scheme, added: “The scheme’s strong funding position has allowed the trustee to follow a strategy of reducing risk by aligning investments more closely with the pension benefits we will need to pay to members.

“This bulk purchase annuity is a significant step in reducing longevity risk being managed by the trustee, providing additional security for all members’ benefits.”

De-risking consultants have been predicting a surge in activity in buy-ins, buyouts and longevity swaps this year. In January, LCP said it expected a 50% increase in volumes of UK liabilities being insured, with annual volumes hitting £15bn.

The M&S deal is the biggest buy-in or buyout so far this year. This month has already seen Toshiba offload its £170m UK DB scheme to Rothesay Life in a full buyout, while Kingfisher insured £200m of liabilities with Pension Insurance Corporation (PIC) in April.

National Grid completed a larger de-risking transaction recently, albeit in the form of a longevity swap in a £2bn deal with Zurich.

PIC reinsured £900m of liabilities in a longevity swap deal with Prudential Insurance Company of America earlier this month. This followed Prudential’s agreement with Scottish Widows in February to take on $1.2bn (€1bn) worth of longevity risk.

Michelle Wright, partner at LCP, said the M&S transaction would signify “the start of the busy 2018 that has been predicted”.

“Within this increasingly busier market, M&S is now a ‘go-to’ scheme for insurers to offer future de-risking opportunities at attractive pricing,” she added.