The deal is thought to be the third-largest longevity risk transfer for a UK pension fund, and the second largest using a captive structure.

In MMC’s case, the trustees established a wholly owned insurance company on a Marsh captive platform with its own independent board of directors. Marsh is the world’s largest captive insurer, according to the company.

Canada Life Reinsurance and Prudential Financial were the reinsurers, each covering half of the liabilities. These were the liabilities associated with around 7,500 members. Mercer, which is owned by MMC, acted as adviser.

The MMC pension fund has roughly £7.5bn of assets, according to IPE’s Top 1000 Pension Funds survey.

William McCloskey, head of international longevity transactions at Prudential, said: “This significant transaction highlights the importance of the captive solution in longevity risk transfer and proves the captive remains an important option for trustees to efficiently and cost effectively transfer longevity risk in the manner that works the best for them.” 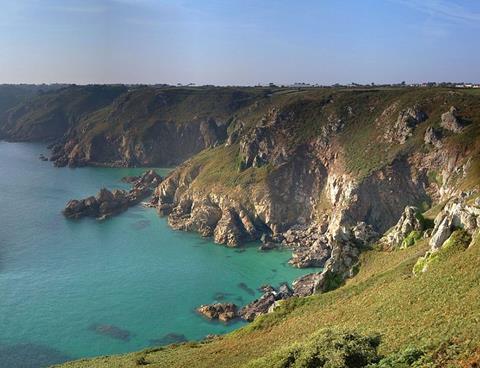 Guernsey is a top growth domicile for captive insurers

Longevity swap pricing has come down over the past 12 months and other large transactions are expected to be completed this year.

Ian Aley, head of transactions at Willis Towers Watson, said: “Despite the current debate regarding whether recent heavier-than-expected mortality should delay activity to manage longevity risk, we are advising many schemes for whom a longevity swap is a key next step on their risk management journey, and who are taking advantage of the fall in longevity swap pricing over the last 12 months.”

The MMC transaction is at least the second this year to use a captive insurer. Earlier this week IPE revealed that one of British Airways’ defined benefit pension schemes also created its own insurer for the purposes of a longevity risk transfer, which covered £1.6bn of liabilities.

The structure was pioneered by the BT Pension Scheme in 2014, for a £16bn hedge. A few months later the Merchant Navy Officers’ Pension Fund also used a captive structure for a £1.5bn deal.

The pension schemes of Aviva and AXA UK have completed relatively large longevity swaps with internal insurers, but these were not captive structures given that insurance is their sponsors’ business.