Index provider MSCI has confirmed plans to increase the weight of China A shares in its indices from 5% to 20%, after consulting market participants.

This will lift the pro-forma weight of A-shares in the MSCI Emerging Market index to 3.3%, from 0.7%.

However, MSCI conceded it should make changes to its initial approach to increasing the number of Chinese stocks it counts in its benchmarks.

Remy Briand, chairman of the MSCI index policy committee, said the implementation of an initial 5% inclusion of China A shares had been a “positive experience” for international institutional investors.

He said it had fostered an appetite to further increase their exposure to China’s mainland equity market, leading to MSCI’s initial proposal in September last year.

“The strong commitment by the Chinese regulators to continue to improve market accessibility, evidenced by, among other things, the significant reduction in trading suspensions in recent months, is another critical factor that has won the support of international institutional investors,” Briand added.

However, MSCI has adapted how it intends to increase the number of A-shares within the index, moving from a two-stage to a three-stage process.

The index provider said investors and other market participants had flagged that a two-stage process could incur “execution pressure on the implementation dates”.

Additionally, a significant proportion of investors asked for mid-cap shares to be included in the MSCI indices jointly with the weight increase in large-cap shares, to allow for a smoother implementation. 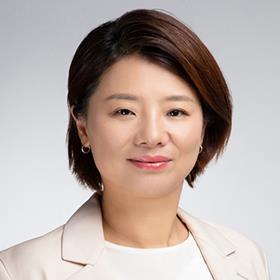 Michelle Qi, chief investment officer for China at Eastspring Investments, the Asian arm of Prudential, said MSCI’s move would increase demand from global asset managers in the next few years.

By the end of 2018, according to statistics from the People’s Bank of China, foreign investors’ equity holdings stood at RMB1.15trn (€150bn), or 6.7% of A-share free-float cap, Qi said. This scale was already close to the equity assets under management of domestic mutual funds, the mainstream local players in the A-share market.

“Accordingly, we will see stronger pricing power of foreign investors at onshore market,” she added. “Foreign investors’ investment thesis, research framework and stock pitching preferences have already had, and will continue to have, a growing impact on the A-share market going forward.”

MSCI’s initial announced was followed by fellow index provider FTSE Russell. However, some, including ERI Scientific Beta, said they would not be doing the same, citing restrictions to the use of derivatives, limited capacity for rebalancing and the high number of stock-trading suspensions in the mainland Chinese market.